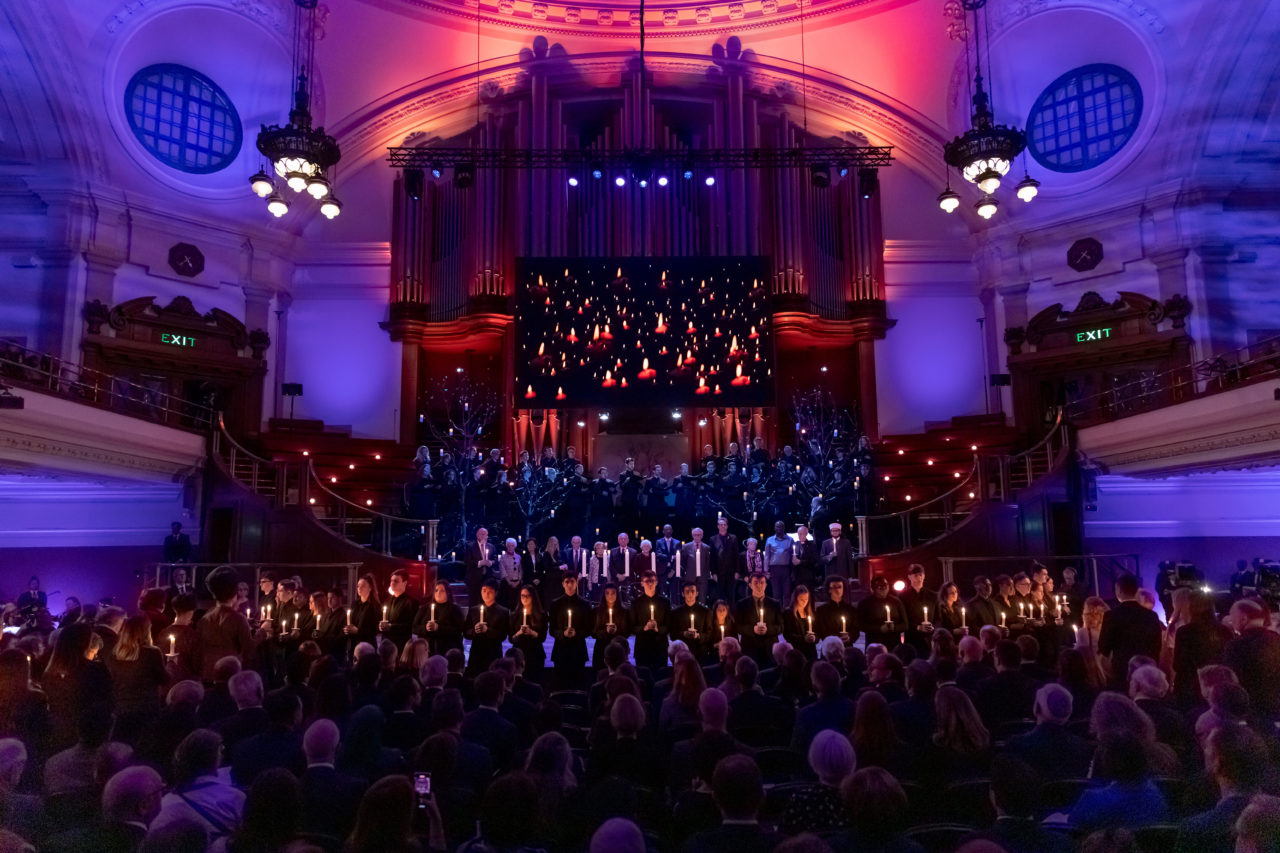 The UK Commemorative Event acts as a spotlight for all of the HMD activities in the UK. In addition, HMDT helps ensure that key events take place in Scotland, Wales and Northern Ireland.

At this event, we honour survivors of the Holocaust, Nazi Persecution, and the genocides which followed in Cambodia, Rwanda, Bosnia and Darfur. At a national level, we remember all those who were murdered and resolve to learn lessons from the past to create a safer, better future.

The UK Ceremony for HMD 2020 was attended by The Duke and Duchess of Cambridge, and was broadcast on the BBC. It featured personal testimonies from survivors of genocide, films, readings and music. Newsreader Huw Edward narrated the ceremony, with contributors including actors Sir Simon Russell Beale CBE, Georgina Campbell, Rebecca Front and Nina Wadia. 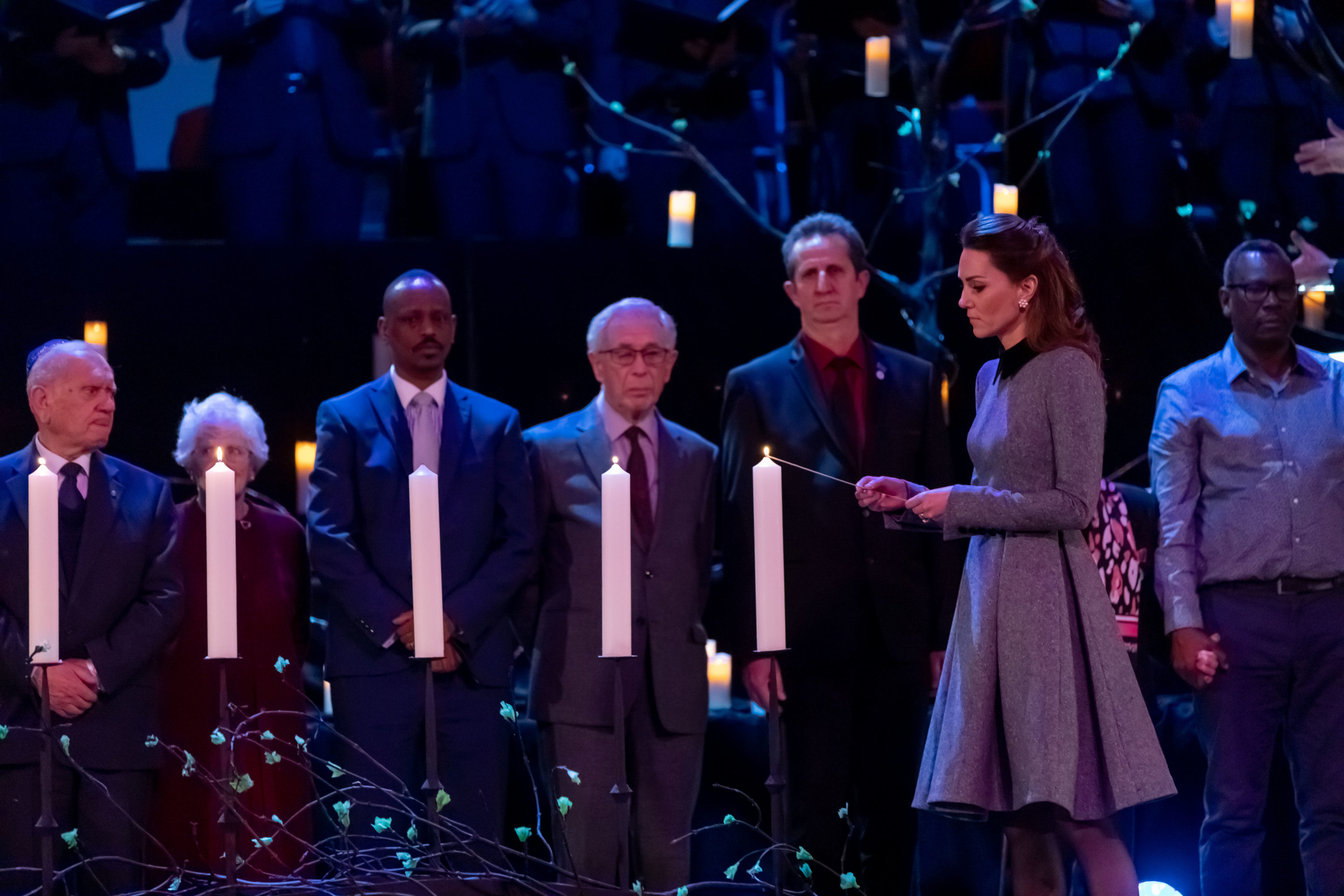 As well as the UK Ceremony in London, ceremonies also took place in Scotland, Wales and Northern Ireland to mark Holocaust Memorial Day on 27 January.

To find out more about the national ceremonies which have been held in previous years, click on the links below. You can also explore a gallery of images from previous years at the bottom of the page.