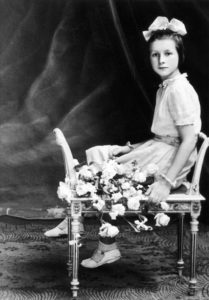 Simone Arnold Liebster - imprisoned for being a Jehovah's Witness

The Nazis found Jehovah’s Witnesses’ refusal to swear allegiance to the Nazi regime or to participate in military combat a threat to the Nazi state.

On 1 April 1935 the Nazis made it illegal to be a Jehovah’s Witness and more than 8,000 people were sent to prisons or concentration camps. Unlike other victim groups, Jehovah’s Witnesses were given a choice, albeit an impossible decision. They could secure their own release by renouncing their faith. Most refused and faced continued imprisonment or execution.

Approximately 1,500 Jehovah’s Witnesses were murdered under the Nazi regime, 250 of whom were executed for refusing to take part in armed conflict.