The Genocide in Rwanda ended on 18 July 1994 when the Rwandan Patriotic Front (RPF) entered Kigali and formed a Government of National Unity. The people of Rwanda had to begin the process of rebuilding their lives. 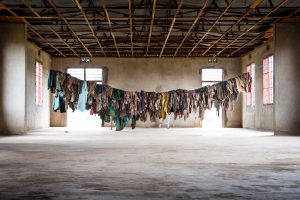 In Rwanda, Tutsis who had survived the genocide started to rebuild their lives – in some cases as the only member of their family left alive. Many returned to communities where their attackers still lived, in some cases as close neighbours. Survivors had to cope with horrific injuries including the loss of limbs or severe disfigurement caused by machete attacks.

In 1995 the Association of Widows of Genocide – AVEGA – was formed in Rwanda to address the needs of those who had been affected by the genocide, including widows, orphans, those who had lost their children and people disabled by their injuries. AVEGA helps to provide healthcare and counselling services, establishes income generation projects and helps people with legal matters.

Many women who had survived the genocide had been raped and had contracted HIV/AIDS. In 2003 AVEGA polled and tested 1,200 of its members and discovered that 80% had been raped and 66% were HIV positive. Few of these women can afford the anti-retroviral drugs which would help to control the HIV infection, maintain the function of the immune system and prevent infections that can lead to death.

People found it difficult to cope with the aftermath of the genocide. Many people were left with injuries, disabilities and trauma. There are stigmas around both disabilities and being HIV+ in Rwandan society, meaning people often did not get the support, treatment and counselling they needed.