After three and half years of Khmer Rouge rule, relations with neighbouring Vietnam had deteriorated because of the number of refugees fleeing Cambodia and because of border disputes. The Vietnamese invaded after being provoked by an attack ordered by Pol Pot.

Cambodian capital Phnom Penh was liberated by Vietnamese troops on 7 January 1979. Some members of Khmer Rouge defected and formed a new government with Vietnamese support. The Khmer Rouge retreated westwards to continue fighting a civil war which would last into the late 1990s. China and the West provided assistance to the Khmer Rouge, whilst Vietnam and the USSR backed the new Cambodian government. 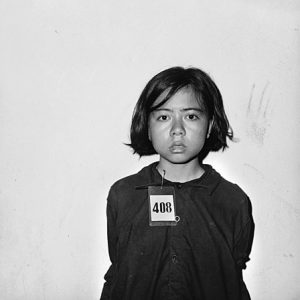 A prisoner of the Khmer Rouge

Those who did survive their time in the ‘Killing Fields’ faced a country in ruins. Buddhist temples were destroyed, homes within cities had been ransacked and left to rot and those who survived faced the agonising challenge of finding whether their friends and families had survived. A severe famine plagued Cambodia during 1979 and 1980. Most people with the skills needed to rebuild the country’s economic, social and cultural infrastructure had been killed or had fled abroad.

Refugees from the Khmer Rouge regime fled to camps on the Cambodia/Thai border. In 1979 an International response led to the opening of several refugee camps within Thailand for some 160,000 refugees. The UNHCR, the United Nations’ Refugee Agency, also provided assistance to refugees in Vietnam. Between 1978 and 1993, Cambodian refugees from the UNHCR camps were admitted to the US, Australia, France, Canada, and several other countries.