Ghettos were specially selected areas where Jews were forced to live; where they were segregated, controlled, and dehumanised.

Nazi Germany invaded Poland on 1 September 1939 and as a result, the UK and France declared war. The initial fighting in Poland lasted only a few weeks, as Poland’s old-fashioned army was quickly defeated by the modern, advanced German forces.

The Nazis’ original aim to force Jewish emigration from Germany had to be reassessed after the invasion of Poland and outbreak of war. The millions of Jews living in Nazi-occupied areas were instead concentrated into ghettos. In spring 1940 the Nazis established ghettos in the larger towns and cities across Poland. The establishment of ghettos was a provisional measure to control and segregate Jews while the Nazi leadership in Berlin deliberated upon options to realise their goal of removing the Jewish population form Germany. 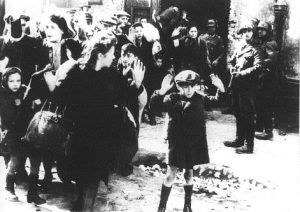 The largest ghetto was Warsaw, where 400,000 Jews were crowded into 1.3 square miles of the city. Other ghettos included those in the cities of Łódź, Kraków, Białystok, Lvov (L’viv), Lublin, Vilna (Vilnius), Częstochowa, and Minsk. Many thousands of western European Jews were also deported to ghettos in the east. Men, women and children were forced to leave their homes taking only the possessions they could carry and move into overcrowded houses and rooms. Leaving the ghetto was strictly prohibited.

Some ghettos had walls built around them, whilst others were marked out by barbed wire. They were nearly always in the poorest areas of town and desperately cramped with poor sanitation. As time went on, food restrictions were introduced and terrible conditions led to hundreds of thousands dying from disease or malnutrition, or the casual executions carried out by the Nazis.

All Jewish inhabitants of the ghettos were forced to wear a Star of David, making them instantly recognisable to the Nazi authorities. Many Jews were used as forced labour in factories and businesses outside of the ghetto. Daily life in the ghettos was administered by Nazi-appointed Judenraete (Jewish Councils). Their role was a complex one, balancing doing what they could to improve the lives of their fellow Jews, whilst having to carry out the orders of the German authorities.

After the invasion of the Soviet Union in 1941 the Nazis stepped up their persecution through murder on an industrial scale. By December 1941 over 1.5 million Jews had been killed by beatings, starvation or mass shootings.

The Wannsee Conference was held in Berlin on 20 January 1942, and attended by high ranking Nazi officials. Here they planned the mass-deportation of European Jews to extermination camps in German-occupied Poland, where they would then be murdered. This ‘Final Solution’ aimed to exterminate all Jews in Europe.

Deportation on this scale required Europe-wide organisation and coordination. The Nazis liaised with Nazi-allied regimes and occupying authorities across the continent, and included many Government departments – including the Ministry of Transportation to arrange train schedules and routes, and the police to direct and manage the deportations. The efficient coordination of these deportations showed how ‘normal’ persecution of the Jews had become.

It is generally accepted that the Nazis attempted to disguise their intent, referring to the removal of Jews from ghettos to extermination camps as ‘resettlement in the East’. Jews would be rounded up from the ghettos and made to prepare for their ‘resettlement’ taking with them a few of their most valuable possessions if they were able.

Freight and passenger trains were used for the deportations – prisoners were sealed inside with little or no room to sit or lay down. No food or water was provided for those on the trains, which were intensely hot during the summer and freezing cold during the winter. Aside from a bucket, there were no sanitary facilities, adding to the indignity faced by those being deported. Journeys often lasted several days, and sometimes they took a few weeks. Many of those packed onto these trains died during the journey to the camps through starvation or overcrowding.

Auschwitz-Birkenau was the largest Nazi extermination camp, where transports such as these arrived on a daily basis from virtually every Nazi-occupied country in Europe.

HMDT Honorary President Sir Ben Helfgott grew up in Poland. He spent his formative years as a slave labourer, in a ghetto, and in several concentration camps. 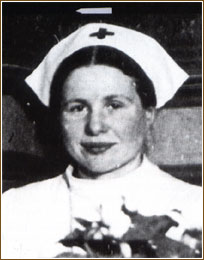 Irena Sendlerowa was a social worker in Warsaw, who directed a children’s rescue group to smuggle Jewish children from the Warsaw Ghetto, providing them with false papers and placing them with substitute Polish families. 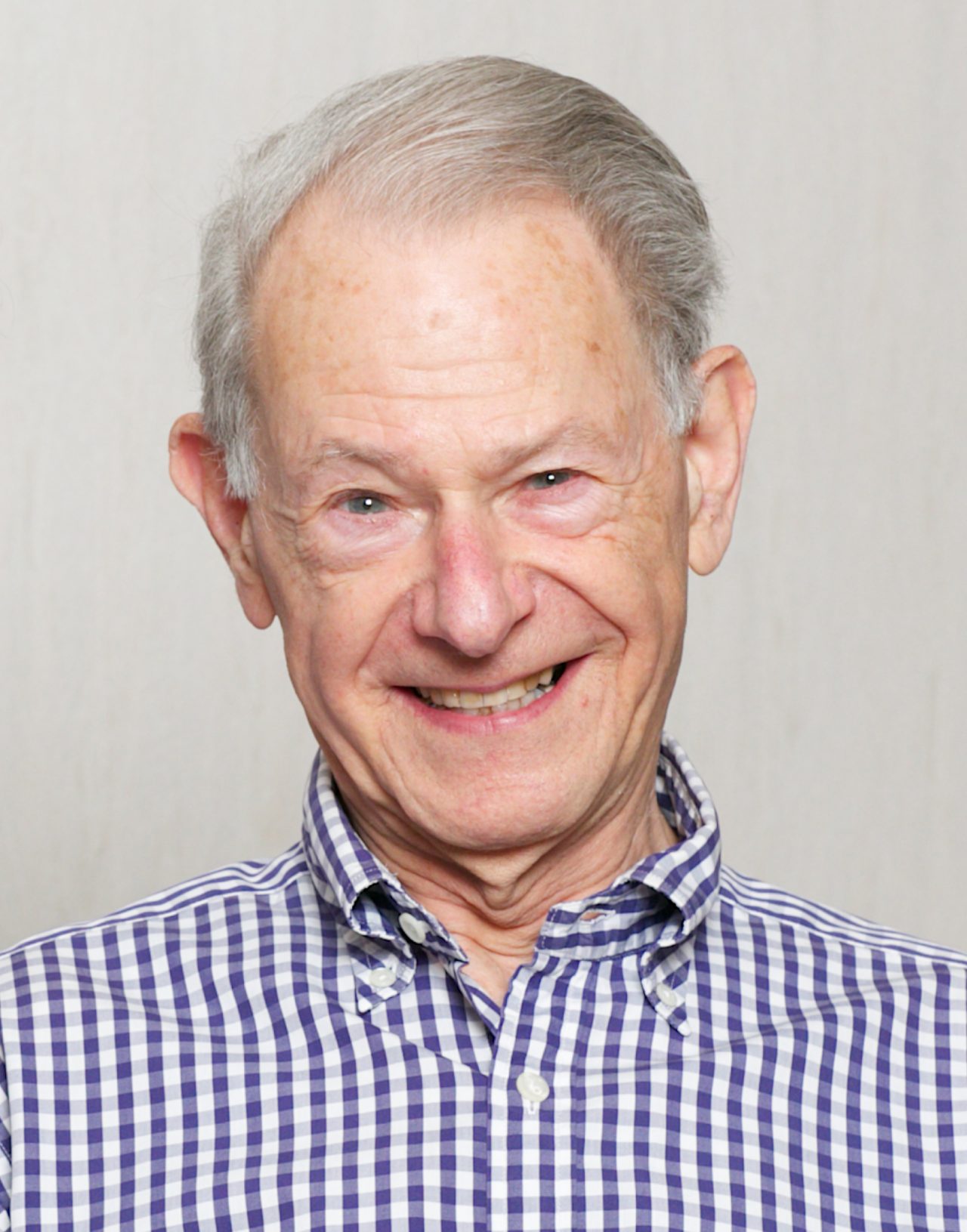 John Hajdu is a survivor of the Holocaust in Hungary and lived under the subsequent socialist regime in Budapest. Having lived in the UK since 1957, John’s experiences of life after the Holocaust and as a refugee tell of the turmoil of post-World War Two Europe.