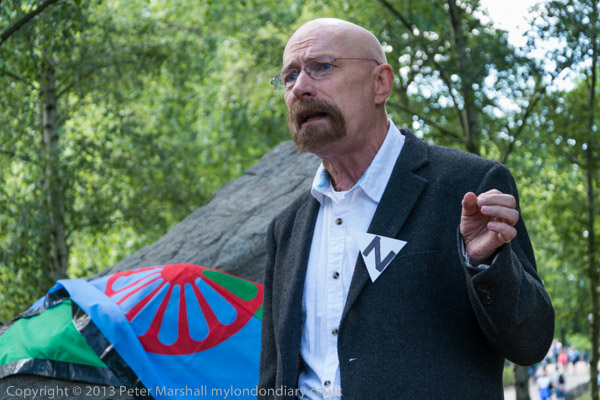 Most people interested in the Holocaust will have come across the image of a girl with a headscarf peering out of a half-open sliding door of a cattle wagon before the train departs for Auschwitz. It was taken in May 1944 in the Dutch transit camp Westerbork in north-east Netherlands, where Dutch Jews were held before they were deported to the extermination camps in the east. In the Netherlands the image is as famous as the picture of Anne Frank. In fact, far beyond the Netherlands, this haunting image of a young, innocent, vulnerable girl transported to her death has become a symbol of Jewish victimhood. 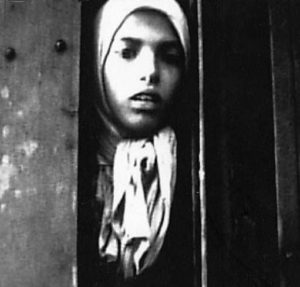 For decades she was just known as ‘the girl with the headscarf’, and it was taken for granted that she was Jewish. It took the painstaking detective work of Dutch journalist Aad Wagenaar in the early 1990s to establish who the girl really was. His research led to an astonishing result: the girl was not Jewish but in fact a nine-year-old Dutch Sintezza by the name of Anna Maria ‘Settela’ Steinbach.

Settela was born on 23 December 1934 into a traditional Sinti family in Buchten near Grevenbicht in the south-east of the Netherlands, where the family had put up their caravan for the winter months in what was known ‘the Gypsy encampment’. The local doctor’s wife, Anna Maria Druysens, invited the Sinti every year to her house for Christmas. When she heard of the birth, she agreed to be the godmother for the newborn child, which is how Settela got her official name, Anna Maria.

Settela’s father worked as a trader and a violinist in a Sinti orchestra at village festivals and fairs. Her mother ran the household and raised the seven children while moving from village to village. The family had originally come from Germany, and they would no doubt have heard about the worsening situation of the Sinti and Roma since the Nazis had come to power. In May 1940, the Nazis occupied the Netherlands, but initially did not target the Sinti and Roma. It was only in July 1943 that an order was issued prohibiting them from travelling by wagon, and all Sinti and Roma were forced into one of 27 guarded assembly camps. The Steinbach family tried to evade the order, but eventually were deported to the central assembly camp in Eindhoven. Settela’s father Heinrich ‘Moeselman’ was picked up by the police from there. He survived the war and died in 1946.

On 14 May 1944 the Dutch police received the order to move all ‘Gypsy families’ from the assembly camps to Westerbork transit camp. Two days later, Settela and her family were rounded up. At Westerbork, Settela, like all the other Roma girls and women, had her head shaven, and she wore the torn sheet to cover her bald head that is seen on the photo. 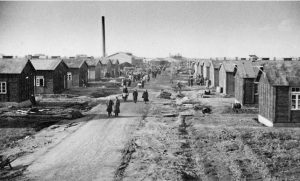 Altogether 574 ‘Gypsies’ ended up at Westerbork, but more than half of them were either not Roma even though they lived in wagons, or they had foreign passports, and were therefore released from the camp. The remaining 245 Sinti and Roma were put on a cattle train and deported to Auschwitz on 19 May 1944.

It is now 20 years since Wagenaar established that one of the iconic images of the Holocaust shows a young Sintezza. Yet up till today, this has not really entered public consciousness, and even many Roma are unaware of this.

In contrast to Anne Frank, who left us her diary, Settela did not leave us anything apart from this one haunting image – a few seconds in a film about Westerbork transit camp. Millions of people have been moved by this image without realising who this girl was. In 2008, Janna Eliot, a Roma writer and musician from London, published a book about Settela, based on Wagenaar’s research: Settela’s Last Road. Eliot tries to create something like a diary of Settela’s final months and put her thoughts, her fears and her dreams of leading her people to freedom into words. Many reviewers agreed that this is an inspirational book that should be read in schools next to Anne Frank’s diary.

However, Eliot’s book is not widely known – another testimony to the fact that there is still a long way to go until the fate of the Roma and Sinti during the Nazi period is fully appreciated and recognised.