We held a Parliamentary Reception to speak to MPs and Peers about the importance of marking Holocaust Memorial Day (HMD), and to launch our new online commemorative project for HMD 2020, #StandTogether. 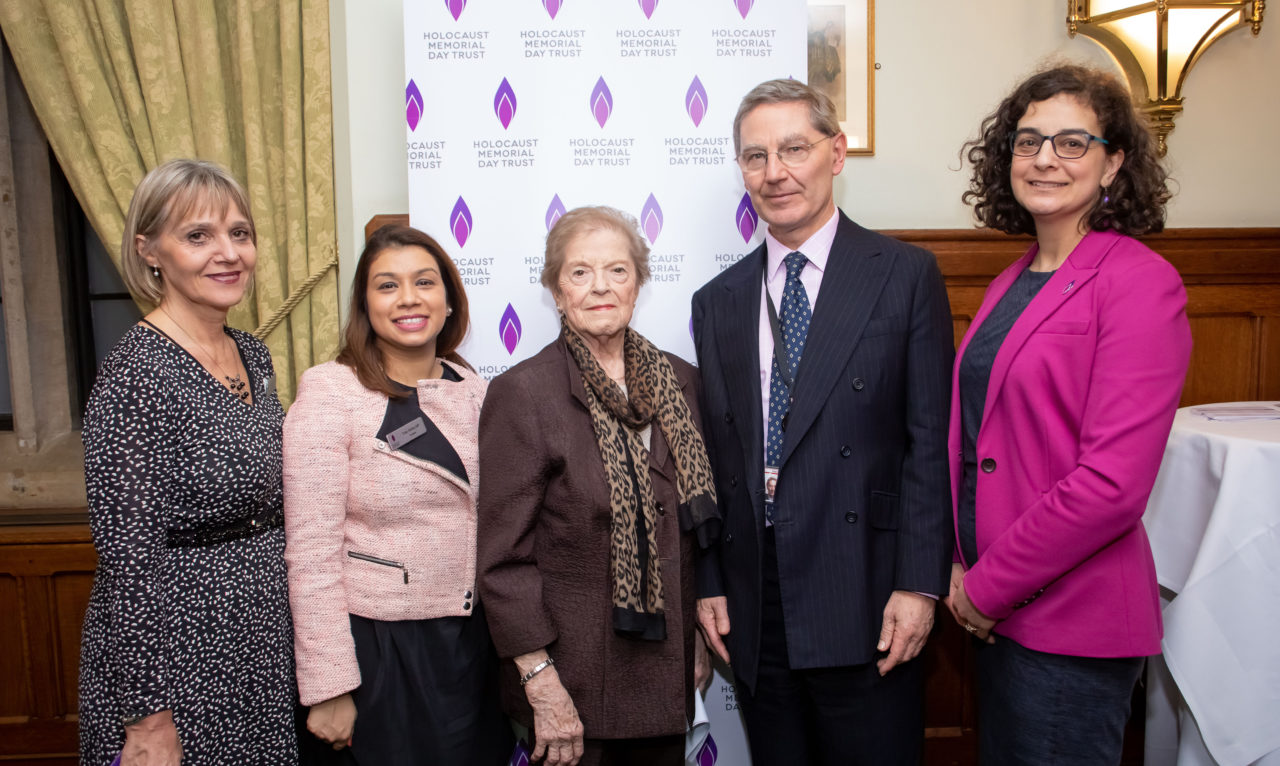 Host of the HMDT Parliamentary Reception, Tulip Siddiq MP, HMDT Trustee, introduced the event. Guests heard powerful testimony from Rachel Levy BEM, survivor of the Holocaust, who spoke about her experience of being taken to Auschwitz at the age of 14. Olivia Marks-Woldman, HMDT Chief Executive, and Viscount Younger of Leckie, Parliamentary Under Secretary of State at the MHCLG, both spoke about the importance of marking HMD and, through our #StandTogether project, remembering people who were murdered by the Nazis.

Holocaust Memorial Day 2020 marks the 75th anniversary of the liberation of Auschwitz-Birkenau. Millions of people were murdered by the Nazis simply because of their identity. The #StandTogether project marks the significance of this landmark anniversary and asks people to #StandTogether by sharing, on social media, the details of someone who was murdered by the Nazis. Those taking part are using their social media accounts to ensure that those were murdered are not forgotten.

Join MPs, and thousands of others, in remembrance - click here to take part in #StandTogether project.