Despite escaping the genocide in 2003 and seeking asylum in the UK, Sharif Barko was tragically murdered when he returned to Darfur to arrange for his daughter to join him.

My uncle was humble, kind, loving, caring and good… a thousand words won’t bring him back.

Sharif Barko was born in 1961 in Sendikoro villlage, Darfur, a region of western Sudan. He was a member of the Masalit tribe and grew up in a large family. He was intelligent, practical, warm and generous. Working as a peasant farmer from an early age, Sharif was also a house builder, shepherd, and livestock and agricultural trader. One day, while selling mangos, he spotted a woman in the distance and instantly fell in love. The two were happily married with two sons by the time the genocide in Darfur began.

Despite a peaceful history, competition over depleting natural resources in Darfur stoked ethnic tensions between sedentary black African farmers and nomadic, predominantly Arab tribes. The Sudanese government, condemned as racist, stood accused of oppressing Darfur’s non-Arab citizens. In February 2003, Darfuri rebel groups launched a rebellion against the government. In response, the government trained, armed and mobilised the Arab-militia known as the Janjaweed (‘devils on horseback’). The Janjaweed raided thousands of villages, murdered hundreds of thousands of civilians, raped women, looted and burned their homes, forcing millions of people to flee. Alongside others trying to protect his people against the Janjaweed, Sharif was captured and taken to a jail in Khartoum, Sudan’s capital city. He was detained in secret and tortured. Sharif’s uncle used bribery to get Sharif released and insisted Sharif would be killed unless he left the country.

Fleeing Sudan, arrival in the UK and arrest

Sharif’s uncle found a smuggler to fly Sharif out of Sudan. When they landed, the smuggler told him to wait in the arrivals lounge and that he would return soon. After hours of waiting, terrified he would be imprisoned or deported, Sharif was eventually accompanied to immigration by a helpful passenger. Sharif was told he was at Heathrow Airport in London.

Despite the terrible persecution Sharif had fled, his asylum application failed. He lost his asylum support allowance and became destitute. In desperation, he made a second claim under a different name. However, with his fingerprints on file, he was detained at Rugby prison for nine months for making a false claim, after which he was due to be deported.

Asylum and tragic news of family back home

Fortunately, with the help of a UK-based cousin and the charitable support of Asylum Aid and Freedom from Torture, Sharif accessed proper legal representation. He was released from detention and finally granted asylum in 2005. After months of homelessness, he was eventually housed in Tottenham, London.

Meanwhile, his wife and two sons were murdered in the genocide in Darfur. In his new flat in Tottenham, Sharif showed a photograph of his two sons to a friend: this was all he had left of them, he’d said.

Life in the UK and second marriage in Darfur

As Sharif tried to integrate into British life, he faced barrier after barrier. He struggled to access English classes and other training. He was limited to low-paid, insecure manual labour, working as a panel beater, security guard, warehouse cleaner and Uber driver among other jobs. His first application for citizenship was rejected, but Sharif finally became a British citizen in 2013, ten years after he’d arrived.

Sharif became involved in his local community, sharing his story to highlight the experiences of refugees. In 2005, he featured in the film Darfur House, where he and three others built a traditional Dafuri House at the Museum of Childhood. Sharif was even the basis for a character in Sonja Linden’s Crocodile Seeking Refuge, which toured the UK in 2006. In 2019, he joined the delegation of Haringey Welcome – to present a petition to the European Parliament, calling for UK migrant and refugees’ rights to be considered in the Brexit deal. 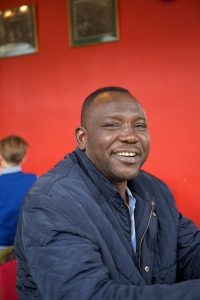 Sharif celebrates his friend’s 50th birthday in London, May 2015.

Sharif saved his meagre earnings to help to rebuild the wells that were destroyed in air raids in Darfur. His dear friend Lucy describes him as a remarkable person:

He was someone of extraordinary warmth, resilience, generosity and integrity who loved and lived life to the full. He was a free spirit who never gave up hope of building a better life for his family and community, both in Darfur and in the UK.

At the end of 2014, he went to Australia to visit his niece, Salha, and work as a farm labourer. It reminded him of Darfur; the heat, nature and a simpler life. Sharif and Salha decided to return to Sudan together. Sharif changed his name by deed poll to ‘Majed Hassan’ so that he could finally visit Sudan. On his first visit in 2016, he remarried – before returning to the UK. Sharif went back every year to be with his wife, who had to remain in Darfur.

Meanwhile, across Sudan, a revolution was underway. Starting in 2018, peaceful civilian protests were suppressed, violently and indiscriminately, by government forces such as the rebranded Rapid Support Forces (formerly known as the Janjaweed). In April 2019, the Sudanese government was overthrown. Leadership was taken by Lieutenant-General Abdel Fattah al-Burhan, who had been accused of involvement in the genocide in Darfur. While the military leadership promised to establish civilian rule in two years, opposition groups demanded a swifter resolution. In September 2019, a joint civilian-military government was established. However, opposition views continue to be oppressed, persecution persists and the level of violence across Sudan remains high.

‘He was helping others until the end’

Sharif wished to bring his new wife to the UK to live with him but, yet again, faced a multitude of barriers that would have taken years to overcome. In 2020, they were expecting their first child. Sadly, Sharif’s wife died during childbirth. He returned to Darfur at the end of 2020 to arrange to bring his baby daughter to the UK.

On Saturday 16 January 2021, Sharif was killed during an armed attack on a camp for displaced persons in El Geneina, the regional capital of West Darfur. Sharif was helping civilian women and children escape to safety as the camp came under siege. When he was injured, Sharif was taken to a friend’s home. However, he was followed by members of the militia, brutally beaten and shot dead alongside his friends.

The ongoing violence was so intense that Sharif’s body could not be retrieved for two days.

It doesn’t surprise me in the least that he was helping others until the end.

Written in collaboration with Waging Peace and Lucy Nabijou.

Darfur is a region in the west of Sudan, bordering Chad, in north-east Africa. In 2003, a civil war began in the region. 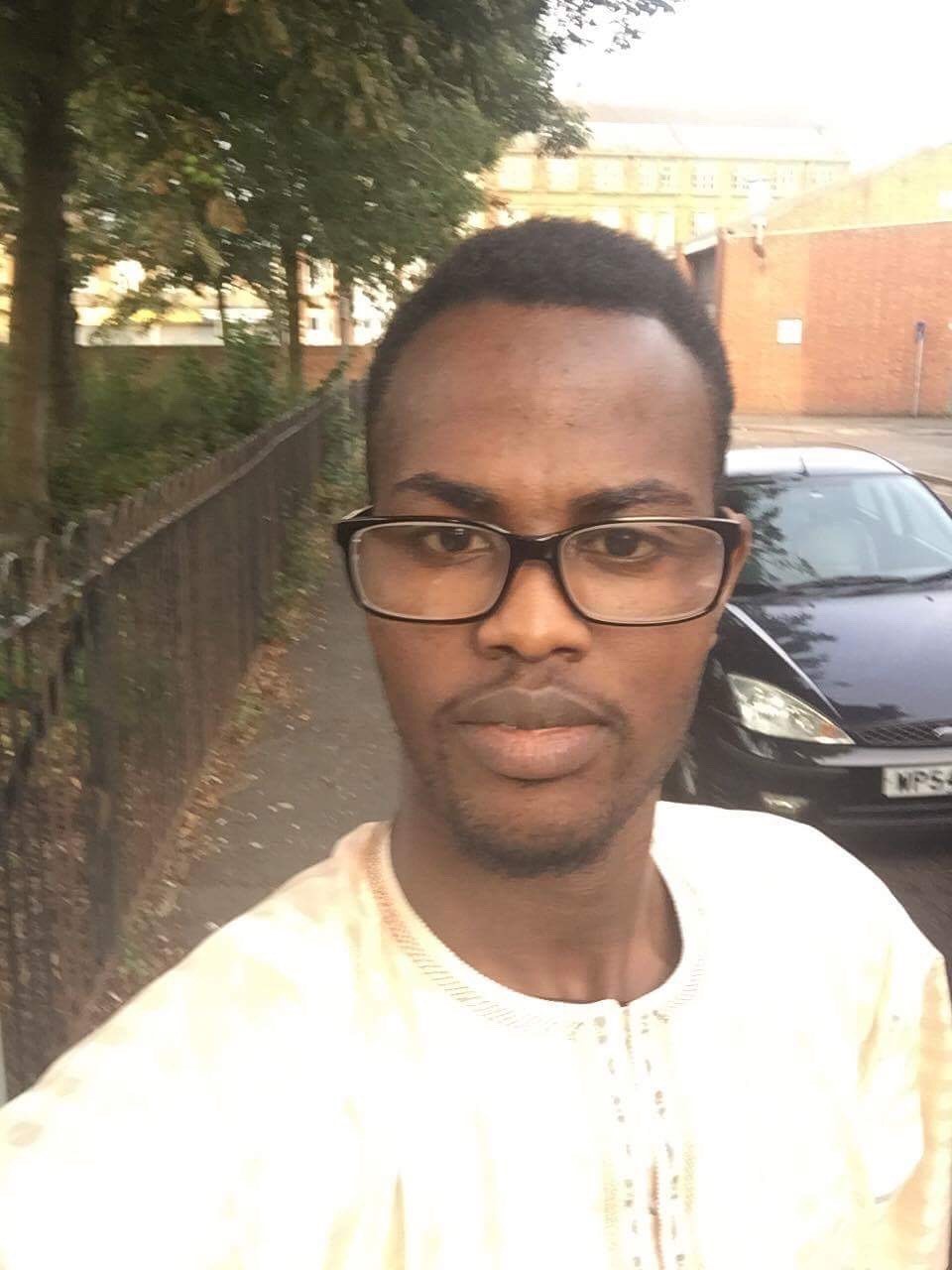 Read more about the experiences of people affected by the genocide in Darfur. 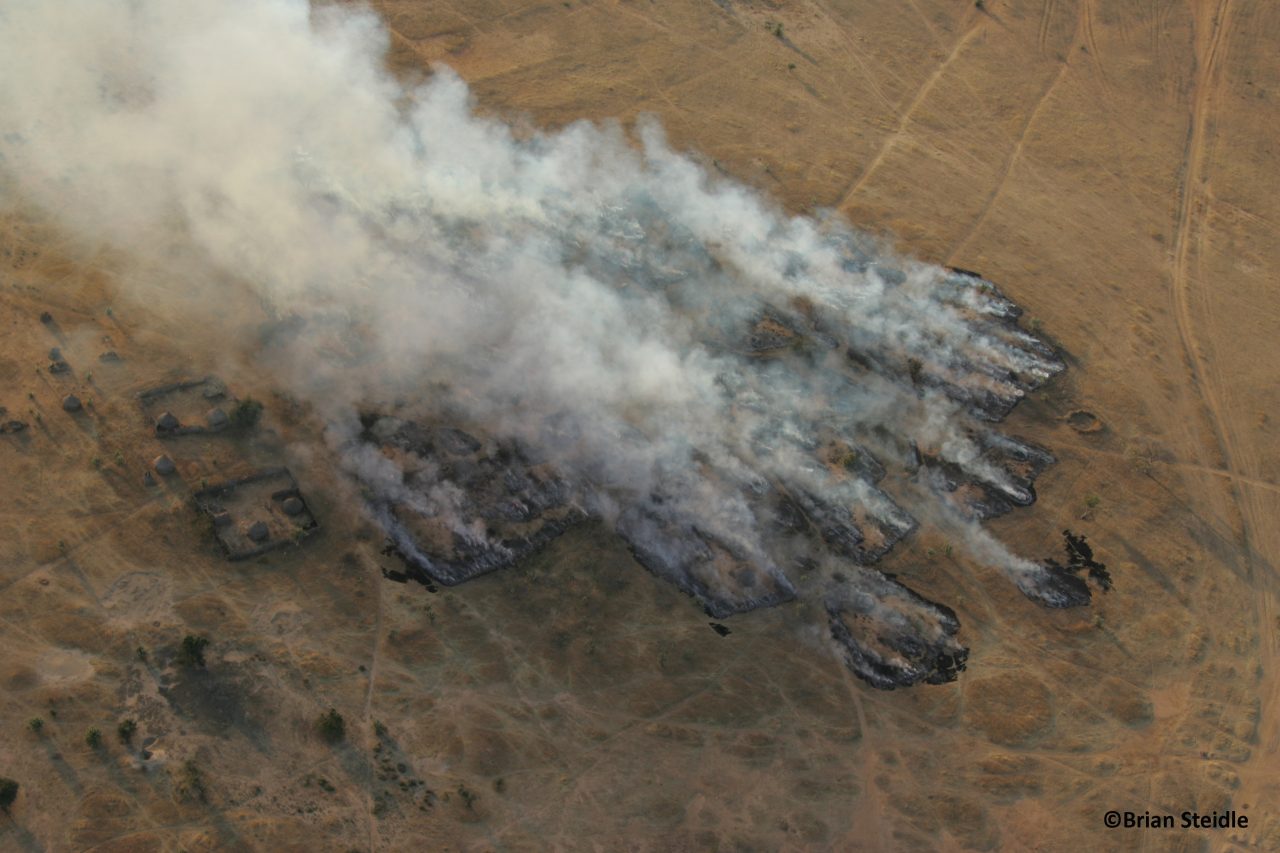 Brian Steidle has kindly provided us with photographs he took in Darfur for you to use at Holocaust Memorial Day (HMD) activities.