Jack Kagan grew up in Novogrodek, in modern day Belarus. He fought as part of the Jewish partisan resistance. Here, he talks about the Magen David from Novogrodek's synagogue, all that is left from a once thriving Jewish culture in the town. 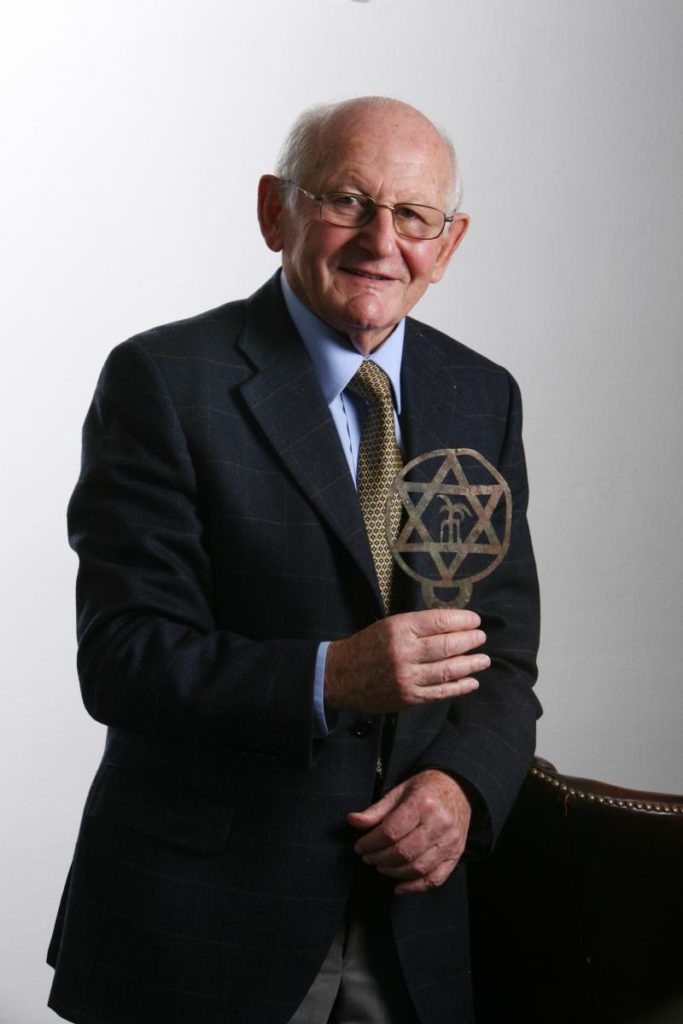 Jack holds a rusty sign. It’s about 20cm high and is a circle with a Star of David inside. It’s a Magen David – the Jewish symbol. The item that Jack is holding was an ornament from a synagogue in his home town of Novogrodek. Due to changing ruling forces and boundary movements, Novogrodek has been part of Poland, Lithuania, Russia and under German and Soviet rule. It is now in modern day Belarus.

This small, on first sight insignificant object is packed full of Untold Stories. It’s a reminder of an entire community which was destroyed under Nazi rule during the Second World War. It’s a memory of the lives which were altered beyond recognition starting from the 22 June 1941 when the Nazis seized control of Russia and bombed and burned the town of Novogrodek. The synagogue square was razed to the ground and, seemingly, nothing remained. Shortly after the bombing, the Jewish people in Novogrodek and from surrounding towns were sent to forced labour camps. 250 of the men who were held in that camp miraculously dug a tunnel and escaped, Jack among them. From this escape, 170 of the prisoners survived to join the Partisans, led by the Bielski brothers. The Jewish Partisans led a resistance movement against the Nazi authorities. They worked together to fight back against the widespread murder and persecution which the Nazis spread throughout the European countries they occupied. The Partisans had to overcome great obstacles in finding clothing, shelter, food and weapons to keep them alive. 10% of Jack’s hometown of 6,000 joined the Bielski Partisans.

Today, there is no Jewish community in Novogrodek however, the memory of the destroyed community lives on in items such as the Magen David and the memories of Partisans like Jack, he tells us ‘it’s the only thing that’s left from a whole town that existed for 500 years’.

The Untold Story behind the Magen David is told because in 1993, after the fall of the Soviet Union, Jack took a group of Jewish friends to visit Novogrodek and to see the memorials he had helped to create to the 10,000 Jews who were murdered in the town, Jack was presented with the ornament. He tells us that the day after the Synagogue was burnt down, a man passed by ‘it was the only object lying on the ground. It wasn’t that I wanted to take it but I automatically picked it up and wrapped it in newspaper and took it home. I realised then that if anyone caught me with it they would kill me, so I buried it.’ This single action by this hitherto unknown man – Jerzy Pietkiewicz– helped preserve the memory of the Jewish community for 62 years. The Polish man made the decision to give the Magen David to Jack, as it was something which belonged to the Jewish community who were destroyed. Jack says that it wasn’t hard for the man to know who he was ‘when 40 people, all Jews, come to a small town, everybody knows.’

Jack feels sadness when he looks at the Magen David, just as much as he did when Jerzy Pietkiewicz unwrapped it for the first time. He remembers

Tears started...because to know that there is at least something left from a whole town which was 50% Jewish and there was nothing left, everything was burned down...I see the catastrophe which happened to us.

When he returned home with the Magen David, Jack lent it to museums in St Petersburg and Florida. It is now exhibited in the Jewish Museum in London. It may seem strange to us for Jack to give such a precious object away in this manner but he explains

'It doesn’t belong to me. It belonged to the community at Novogrodek. Hiding it under the bed does nothing. At least in a museum, people can see it’s an object which came from a place which is no more. It’s just one thing left from a whole town.' 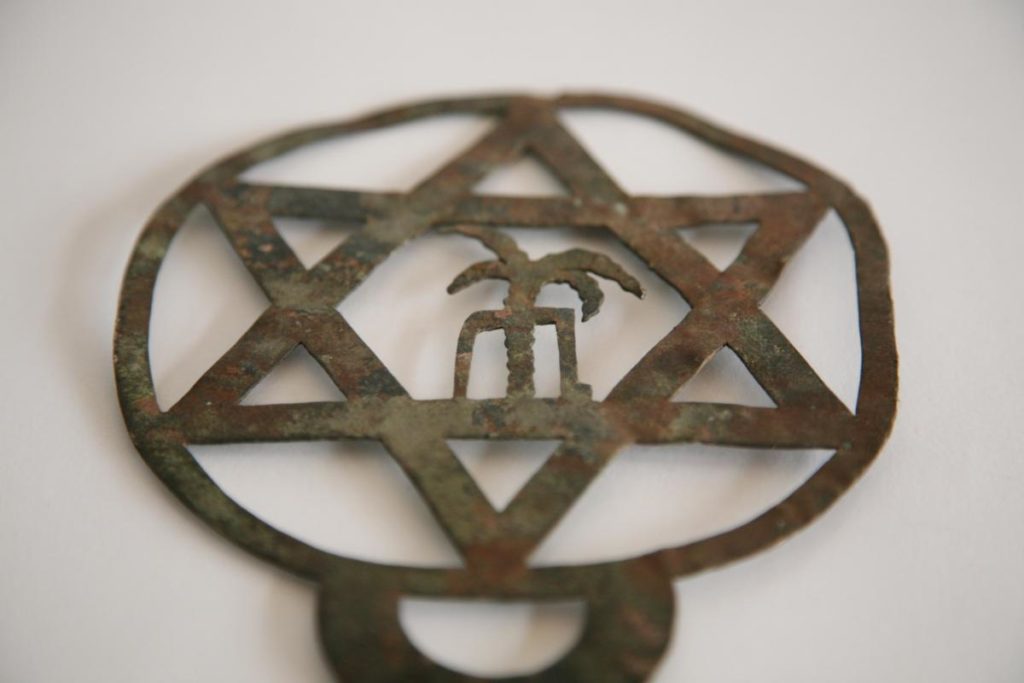 Jack wants us all to consider the Untold Story of this object on Holocaust Memorial Day. He wants us to remember that there was a ‘bright, cultural life in the bubbling town of Novogrodek which everyone knew, but now only a Magen David remains, because nothing else is left.’ Whilst we look at this object and remember the life which was wasted because of Nazi hatred, Jack has a clear wish for us. He wants young people ‘to learn a little bit about what life was like in the Eastern Europe which was demolished and to try to make it that this should never happen again.’