The Holocaust Centre was founded in 1995 by the Smith family, at their farmhouse in rural Nottinghamshire. Survivor talks, education sessions and two permanent exhibitions are housed within the Centre, which is surrounded by over an acre of beautifully landscaped memorial gardens.

‘Those of us who were present at the opening of the Beth Shalom Centre were full of admiration that of all places, such a centre could have been established in Sherwood Forest, and that it was entirely due to one family, a non-Jewish family.’ 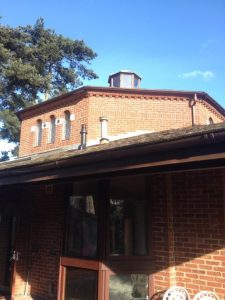 Stephen and James Smith grew up in a Christian family, and from a young age took a close interest in theology and the relationship between Christianity and Judaism. In 1991 they visited Yad Vashem, the Holocaust memorial in Jerusalem. The visit had a profound effect on the brothers, and their family.

They felt let down, because at no point in their education had the importance of the Holocaust, and its lessons for humanity, been outlined to them.

‘As we left Yad Vashem that day, we decided we would dedicate some of our time, energy and resources to assisting the British public in confronting the Holocaust and evaluating something of its 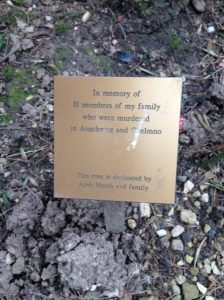 ‘We were aware that in a European context there were few physical or educational spaces that one could identify as being a meaningful response to the tragedy and challenge of the Holocaust. Across former Nazi occupied territories there are hundreds of sites of destruction with their constituent memorials. But we suspected that as these were there by default rather than design, they were being maintained because they had to be, rather than because European society was taking the issues of the Holocaust as seriously as it might.’ meaning for their lives.’

The Smiths’ parents had bought a rundown farmhouse in the East Midlands, with the intention of creating a religious retreat, and a place for interdenominational dialogue. Stephen and James realised they could create a memorial centre at this site. Part of the motivation for pursuing the project was to demonstrate that the Holocaust was not a ‘Jewish problem’, but instead a stark lesson for all of humanity to confront.

A new structure was built, containing an exhibition and a hall for education and survivors’ talks. Around the buildings a memorial garden was created. 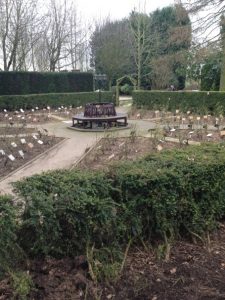 ‘The garden is intended to be in counterpoint to the intense, stark images of the exhibition. In the quietness there is respect for the past, but also hope for the future. There is a memorial rose garden, where hundreds of visitors have dedicated roses to the memory of loved ones lost in the Holocaust, or made general dedications of commemoration.’

‘Then there is the children’s memorial, where thousands of visitors have placed stones in memory of the children murdered during the Holocaust. What I like so much about this memorial is that it grows and changes each day, and each day prayers, thoughts and wishes are added, some by Jews, some by Christians, Muslims, Hindus, agnostics or atheists. And every stone is there because someone wanted to remember.’ 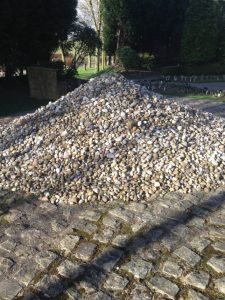