Helen was only twelve years old when the German army arrived at her home. She was one of around only 750 people to be liberated from the Łódź Ghetto, out of 250,000 people sent there. Her mother and brother survived with her, but her father was murdered at Chełmno.

We thought in no time at all the war would be over and life would become normal again. Little did we know.

Read and download our easy to read version of Helen Aronson’s life story.

Watch a film about Helen’s life story, and download it to use in your HMD activity.

Helen Aronson was born Helen Chmura on 24 April 1927 in Pabianice (pronounced Pah-be-ya-neet-za), a small town in central Poland. Helen’s family, her mother Frania Katz, father Motush Chmura, brother Henry, and sister Maryla were Jewish. They felt integrated into the community, as Helen remembers she had many friends, both Jewish and non-Jewish, as a child. Her sister emigrated to Palestine in 1937, but the rest of the family remained in Poland. On 3 September 1939, just two days after World War Two started, Pabianice was invaded by the Nazis. Helen was 12 years old. She recalls:

‘When they arrived, straight away they were looking for Jews. They wanted Jews for slave labour, and it was immediate terror for the Jewish population.’

Jewish men were forced to shave their beards, synagogues were burned, Jewish residents were forced to sew a yellow Star of David patch onto their clothes, and Helen’s school was closed. In February 1940, Helen and her family were forced to leave their home and move into Pabianice’s ghetto, a small, overcrowded area of the city designed to keep Jews separate from non-Jews. Life was difficult in the ghetto, with terrible conditions and severe restrictions.

‘We all lived in one room, and we were forced to work making uniforms for the German army. After 5pm you were not allowed to be seen outside.’

They lived this way until 16 May 1942, when the Pabianice ghetto was ‘liquidated’. Helen and her family were told to assemble for medical examinations at a local football stadium. Along with everyone else from the ghetto, they were separated into groups depending on who was deemed fit to work. They did not know that most of those not fit to work would be murdered. Helen remembers the confusion and terror of that day:

‘We were surrounded by German soldiers and dogs. All around us people were crying, shouting, shooting. I was holding on tightly to my brother and my mother, and we were categorised as able to work, but separated from my father. At some point in the early hours, trains arrived and we were shoved into them. We had no idea where we were going.’

Helen, her mother and brother were taken to Łódź (pronounced woodge) Ghetto and Helen was sent to work in an orphanage. Living conditions were dire; before it was ‘liquidated’, more than 20 percent of Łódź Ghetto residents died of starvation.

‘People were crammed into one room with insufficient food, so malnutrition and disease were rife. Hundreds of people died daily. You saw skeletons walking in the street, some of them just dying as they were walking. My brother developed typhoid and it was a miracle he survived. The Germans decided to evacuate the hospital while he was there and he hid in a chimney for hours. We were convinced he was gone. Then he returned home in the middle of the night – black with soot!’ 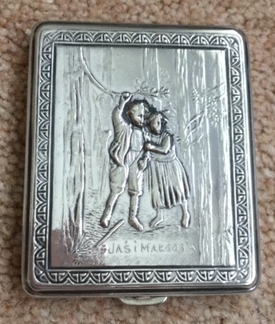 By May 1944, Łódź was the last remaining ghetto in Poland, with a population of around 75,000 Jews. The Nazis decided to deport all but around 800 of the Jews in Łódź to the Chełmno and Auschwitz-Birkenau extermination camps to be murdered. Helen, Frania and Henry escaped deportation only because Henry spoke fluent German, and worked in a key role in the German army’s office. The winter of 1944-45 was harsh, and Helen remembers she was always cold, hungry, and afraid.

One day in January 1945, after hearing about the advance of the Russian army on a stolen radio, Helen, her family and others hid in an underground room in an abandoned building with what little food they had. Helen thinks they were there for about a week.

‘One day we heard lots of boots stamping above us. My mother said, I think I hear spoken Russian. We waited a bit, then my brother, very cautiously, opened the entrance. A Russian soldier said ‘the war is finished and you are free’. How can one describe that feeling – it was my wildest of dreams!’

Helen and her family had no idea of what happened to Helen’s father, Motush, until after the war, when she discovered he had volunteered to accompany a group of young children separated from their parents in Pabianice. Motush and the children he comforted were loaded into lorries and driven to Chełmno, where they were murdered using the fumes from the lorries. Helen is proud of her father’s choice, saying, ‘He is my unsung hero’.

However, the trauma of receiving the news is something Helen can never forget: ‘It was so terrible, the realisation of what had happened to him, my family, the people I knew, how they perished and they will never come back. You are liberated but where do you start to put your life together again?’

After the war, Helen was invited to London by an uncle. She met her husband in England, fell in love, and married. However, this meant she could not join her mother and sister in Palestine, and her brother emigrated to Australia. So, as she says: ‘although we survived the war we were separated again.’ Settling into life in England was difficult, and learning English was a struggle. Helen felt no-one was interested in her story.

‘I never spoke about it. It was difficult for people to understand, and lots of people didn’t believe it.’

Helen began to share her story with schools and local groups after she recorded testimony with the USC Shoah Foundation in 1992. Today, she has two daughters and two grandchildren, and she dedicates her time to her community, volunteering at a local charity shop and sharing her testimony with groups across the UK.

Image: For her 17th birthday in April 1944, Helen’s brother gave her a silver powder compact which she still has today, and says is her most precious possession.