Our Chief Executive speaks to the All-Party Parliamentary Group about the ongoing persecution of Uyghur Muslims in China. 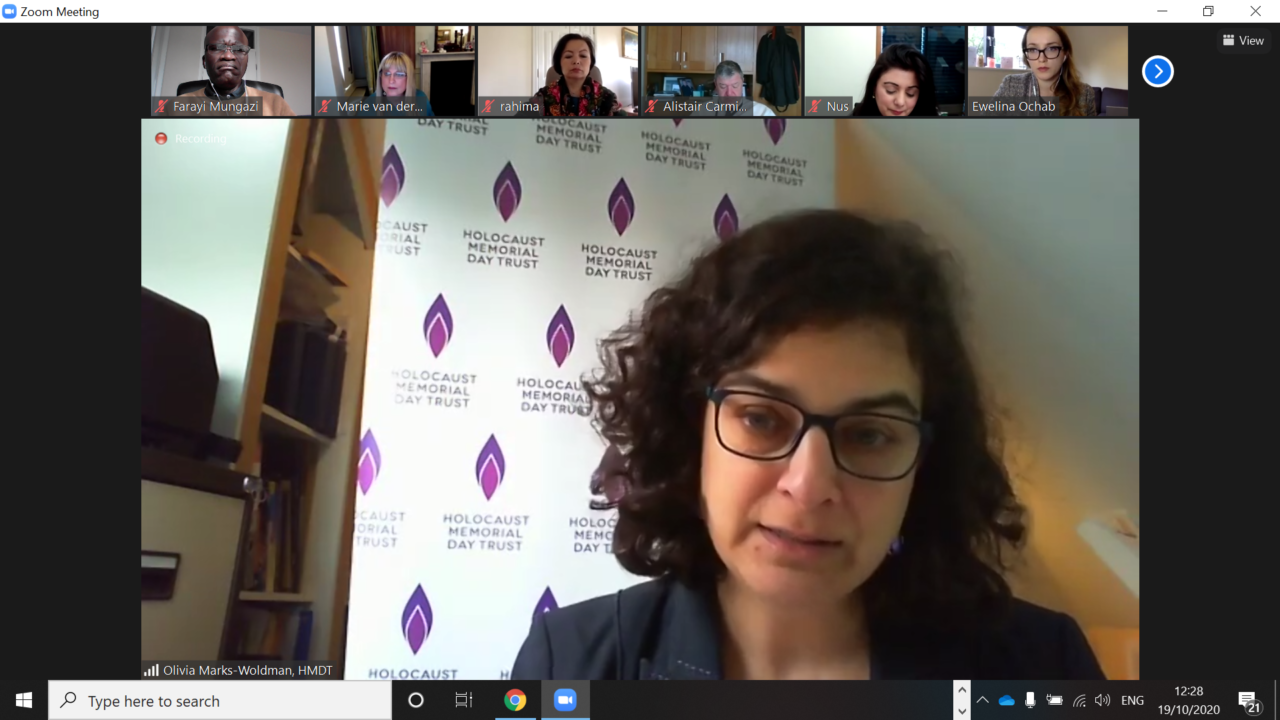 Speaking at an All-Party Parliamentary Group panel on Monday, she described the treatment of Uyghurs – a Muslim minority in north-western Xinjiang province – as a threat to civilisation.

China is believed to have detained more than a million Uyghur people in prison camps across Xinjiang since 2017, but the Chinese government has denied any wrongdoing.

It has described the camps as ‘vocational training centres’ to re-educate Xinjiang’s residents in the Chinese language and laws in order to protect them from terrorism and religious extremism.

Highlighting the importance of culture to a person’s identity, Olivia said: ‘Nothing is more precious than life itself, but what makes our lives our own is the language we speak, the habits we have, the memories, and the beliefs and rituals we follow.

‘These are the things that give us our connections to others, and a threat to culture is a very deep threat to an individual’s sense of themselves.

‘As we look at the situation in China, we see physical threats to Uyghur Muslims, but we should understand that threats to their culture are significant. And these are threats to us as well.

At the Holocaust Memorial Day Trust, we commemorate the Holocaust and the genocides that followed in Cambodia, Rwanda, Bosnia and Darfur.

We know that genocide is a process, so we also speak out on current atrocities, including the treatment of Uyghurs in China and Rohingya people in Myanmar.

‘The Holocaust did not come from nowhere; it came from centuries of prejudice, and years of propaganda that was very deliberately fostered, and years of incremental oppression.’

Olivia said while much has been done in recent years to bring the persecution of Uyghur Muslims to the world’s attention, there is still much work to do.

She also raised a point of caution that the condemnation of the atrocities in Xinjiang must never be taken for an anti-Chinese sentiment.

Olivia noted that, unfortunately, with the anxieties over Huawei and the divisions caused by the pandemic, we know that anti-Chinese prejudice exists; and any identity-based bias must be challenged.