Our latest blog is by Rahima Mahmut, who is a member of the Uyghur community, a human rights activist, and representative for the World Uyghur Congress. Rahima tells of the discrimination and persecution faced by members of the Uyghur community in China, including her own personal experience of oppression. She provides practical advice on how we can all Stand Together to support them. 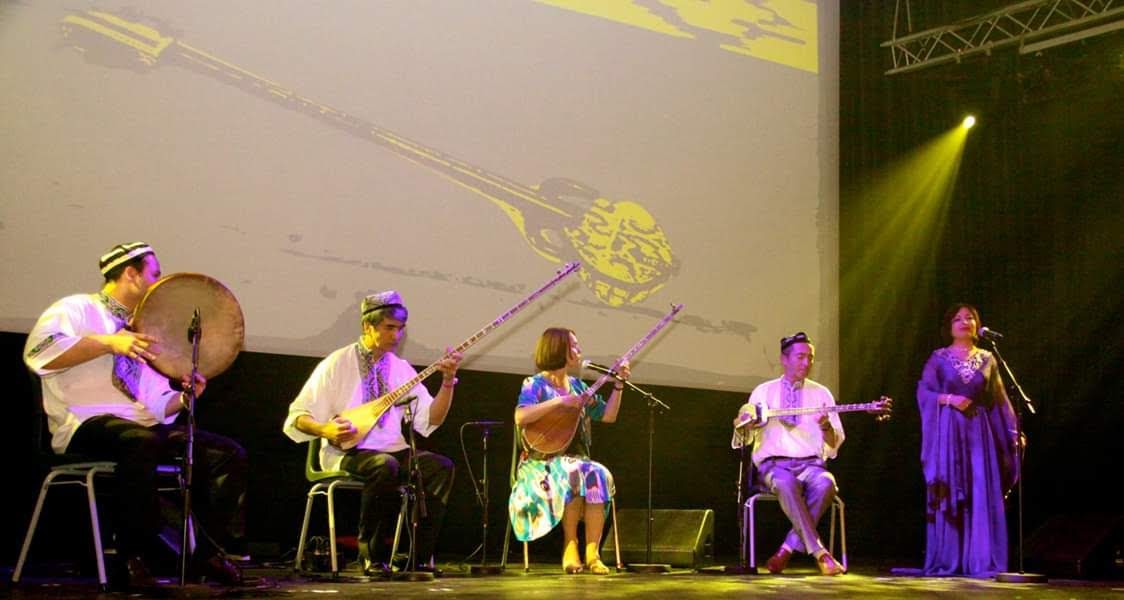 I was born in the city of Ghulja, in the north of what was East Turkistan (Xinjiang). I was brought up in a large religious family. The discrimination and persecution of the Uyghur people has a long history. From my childhood until I left my homeland in 2000, as a Uyghur I experienced frequent discrimination, and witnessed brutal crackdowns on any moderate dissenting voices. This included the Tiananmen Massacre in 1989 and the Ghulja Massacre in 1997.

Since coming to the UK in 2000, I have been unable to return home because of my activism against the Chinese government in support of my people. The last time I spoke to my brother in January 2017 he told me in a trembling voice, ‘Please leave us in the hands of God, and we will also leave you in God’s hands.’

My work as an interpreter and translator brings me into contact with first-hand accounts of suffering in the notorious 21st century concentration camps, as well as the heart wrenching tales of mothers and fathers who have lost their children, young and old. Every Uyghur family has a similar story, each more horrifying than the other, of the effects of the brutal ethnic cleansing and cultural genocide that have taken place since 2017, while the world closes its eyes to their suffering. The most painful part of the job is not being able to offer words of comfort and hope in the midst of the torment.

Since August 2018 when the UN acknowledged that there were up to one million Uyghurs and other Turkic Muslims interned in what the Chinese called re-education camps, a growing number of courageous individuals have been working towards exposing the truth of life behind their walls.

I worked as a consultant and translator for the documentary, Undercover, China’s Digital Gulag by Robin Barnwell, which was broadcast on ITV in July 2019, and featured former camp internees, and material gained through an undercover operative.

A Uyghur IT expert who worked for a state controlled high tech surveillance company stated that, ‘Everyone was fearful, whether those already taken inside or those who are waiting to be taken in. Our relatives, under the influence of the state terror, dare not even greet one another openly without fear. It is unbearable to describe the life there. A knock on the door from anyone would bring extreme anxiety and fright.’

When I spoke to the same IT expert recently, he told me that the last time he called his mother, he learned that a neighbour’s daughter had hanged herself on the day after being released from the camp, such had been the scale of her abuse and suffering.

The BBC documentary, China, A New World Order, upon which I worked as a translator, revealed ’a chilling summation of both China’s human right’s abuses, and the deafening silence in response to them’ (Gabriel Tate, The Guardian). One of the most heart breaking stories was about a Uyghur mother who lost all her children to an orphanage after travelling to Turkey to look after her father. This is what she said in a flood of tears:

My mother-in-law was looking after my children, and my sister-in-law could not get hold of her for several days, so she went to visit. When she got there, the children told her that my mother-in-law, who was 72, and in poor health was taken away by police three days ago. Three days after her arrest, my children were taken to an orphanage. My heart was just torn apart. I never thought that this kind of disaster could happen to me.

A significant leak of documents from within the Communist Party in November 2019, detailing the ethos and planning of the camps and giving insights into their construction and operation, has given the world a window into the minds of their planners. Also, the database known as the ‘Karakax List’ was leaked in February this year which revealed the ‘System of Targeted Cultural Genocide’.

All the evidence clearly proves that the Chinese government is operating the largest mass incarcerations of an ethnic-religious minority since the Second World War, targeting my people, and other Turkic Muslims in the Uyghur region. 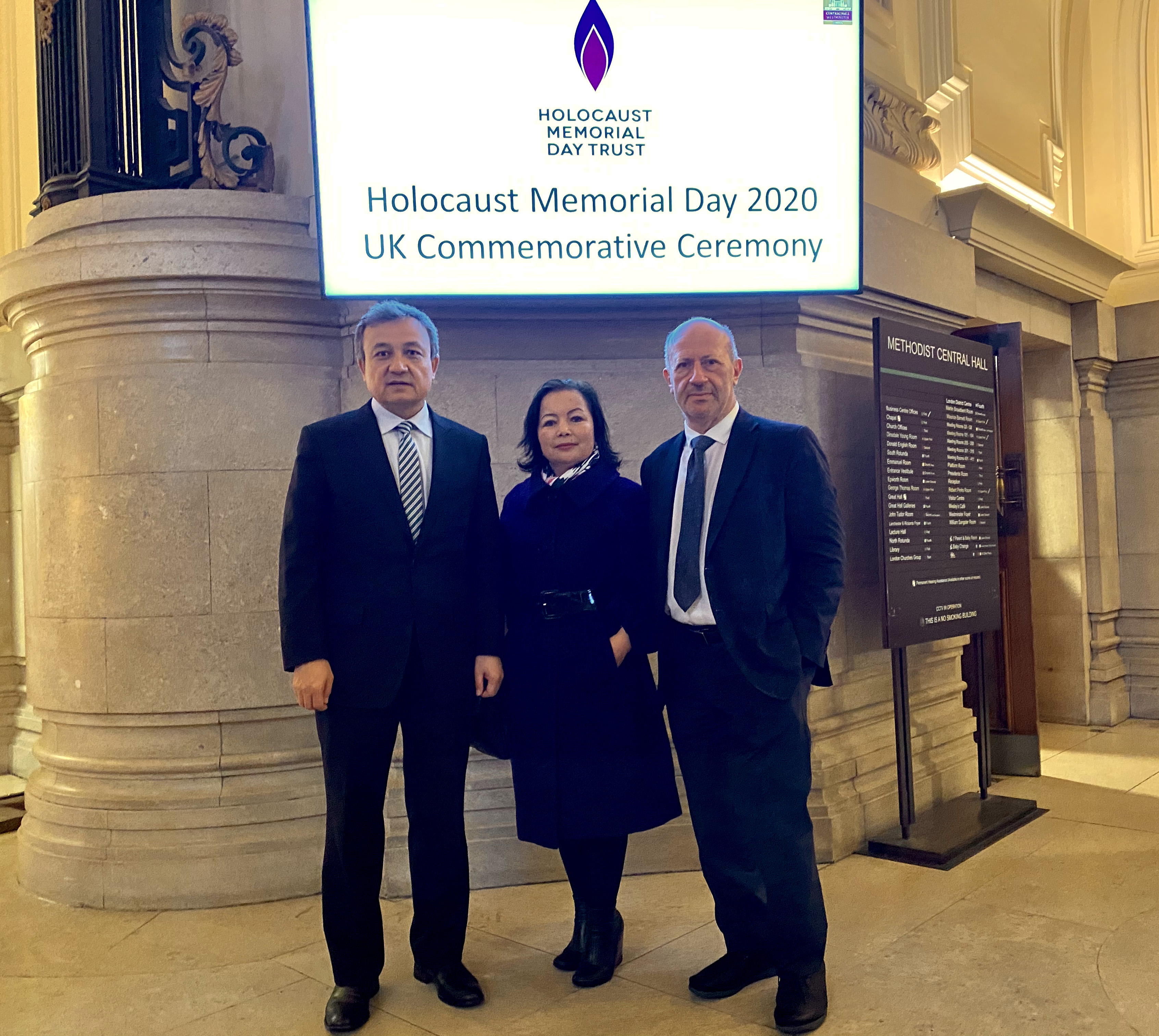 From the accounts given by the camp survivors, who have been released due to them being foreign nationals, the life inside the camps was one of horror, where detainees suffer from brainwashing indoctrination, torture, lack of food, overcrowding, sleep deprivation, rape, forced sterilisation, and forced labour.

As for me being a Uyghur, my heart aches as it feels the sorrow and pain when thinking of the horrors that my people are enduring, and not knowing what has happened to my dearest sisters, brothers and all my relatives. But I refuse to drown with despair; I choose to find meaning in life by doing whatever I can to raise awareness, and campaign for the freedom of my people. I believe with the help of mankind my people will be free.

You can take action to Stand Together with the Uyghur community by:

More information about the concentration camps and the situation of the Uyghur people can be found from the links below: