In our latest blog on the theme Stand Together, Mia Hasenson-Gross, Executive Director at René Cassin, describes the work René Cassin are doing to tackle discrimination and prejudice faced by the UK’s Gypsy, Roma and Traveller communities. 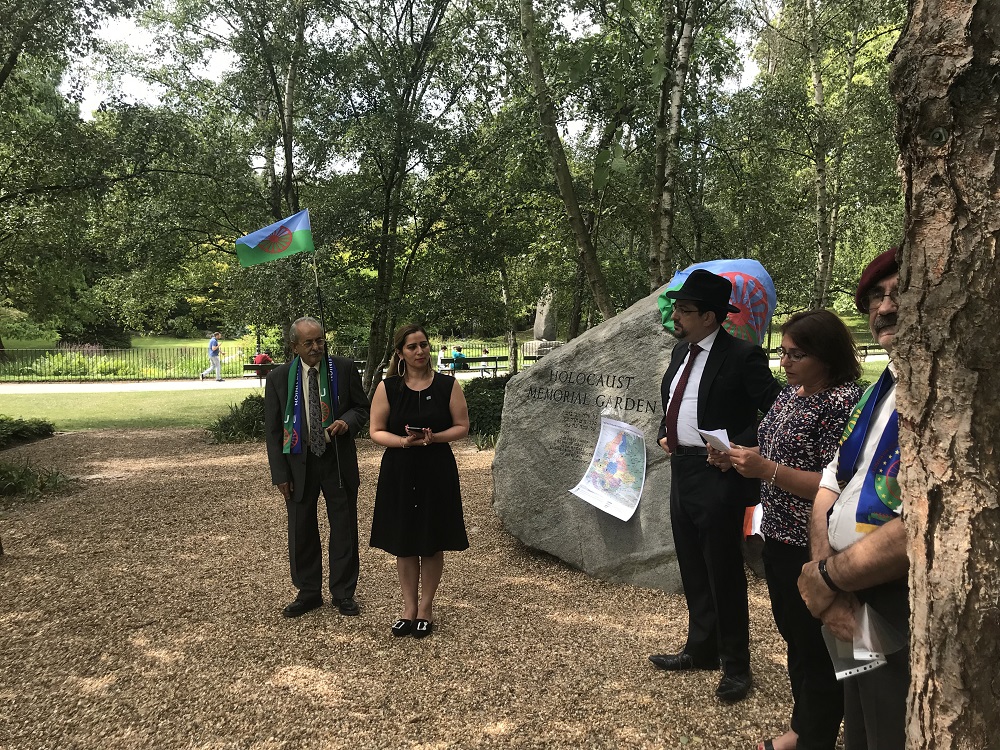 This year marked the 75th anniversary of the liquidation of the 'Gypsy Camp' at Auschwitz. On 2 August 1944 the Nazis murdered 2,897 Roma men, women and children.

Today, all over the world, Roma people still face hostility and discrimination. Here in the UK, the Equality and Human Rights Commission reports that Gypsy, Roma and Traveller communities experience more racism and discrimination than any other group. Not only that, these communities suffer multiple disadvantages – such as lower life expectancy, and difficulty accessing the healthcare, housing and educational services they need.

This discrimination has been labelled ‘the last bastion of acceptable racism’. But it should not be acceptable.

René Cassin strongly condemns all forms of discrimination and prejudice. Over recent years, we have been working with the UK’s Gypsy, Roma and Traveller communities, to tackle the discrimination and prejudice they face. Through our partnerships with organisations such as the Traveller Movement and The Wiener Holocaust Library, we work to raise public awareness of the ongoing human rights violations affecting these communities.

As the Jewish voice for human rights, we have mobilised the UK Jewish community to campaign for, and stand in solidarity with the UK’s Gypsies, Roma and Travellers. On 2 August every year, members of the Jewish community stand in solidarity with the Roma community at the Hyde Park Holocaust Memorial to mark Roma Genocide Remembrance Day. And, in partnership with the Traveller Movement, we recently launched our ‘Cut It Out’ campaign which aims to counter the rise in hate speech and inflammatory rhetoric used against ethnic minorities or religious groups.

Using our trusted role and broad community reach, we bring together leaders from across faiths with members of UK minority groups. Most religions have a history of suffering some form of marginalisation, and so their leaders are in a unique position to speak out against discrimination.

The Universal Declaration of Human Rights, co-drafted by our namesake Monsieur René Cassin, was a response to the horrors of the Holocaust. The vision of the Declaration was to ensure that hostility or prejudice against any community, whether motivated by religion or faith, disability, gender identity, race, sexual orientation, or a combination of characteristics, were a thing of the past and, instead, tolerance, solidarity and respect would become the norm.

The Jewish community, with its centuries-long history of persecution, has a special responsibility to lead the fight against hatred and bigotry and commemorate all who perished as a result of the Nazi atrocities. At a time when intolerance and nationalism are on the rise, we must continue to stand in solidarity with the Gypsy, Roma and Traveller community and challenge prejudice and hate when we see it.

You can Stand Together with the UK’s Gypsy, Roma and Traveller communities by supporting our campaign;

Find out more about the Cut It Out Campaign.

Get involved with the work of René Cassin.