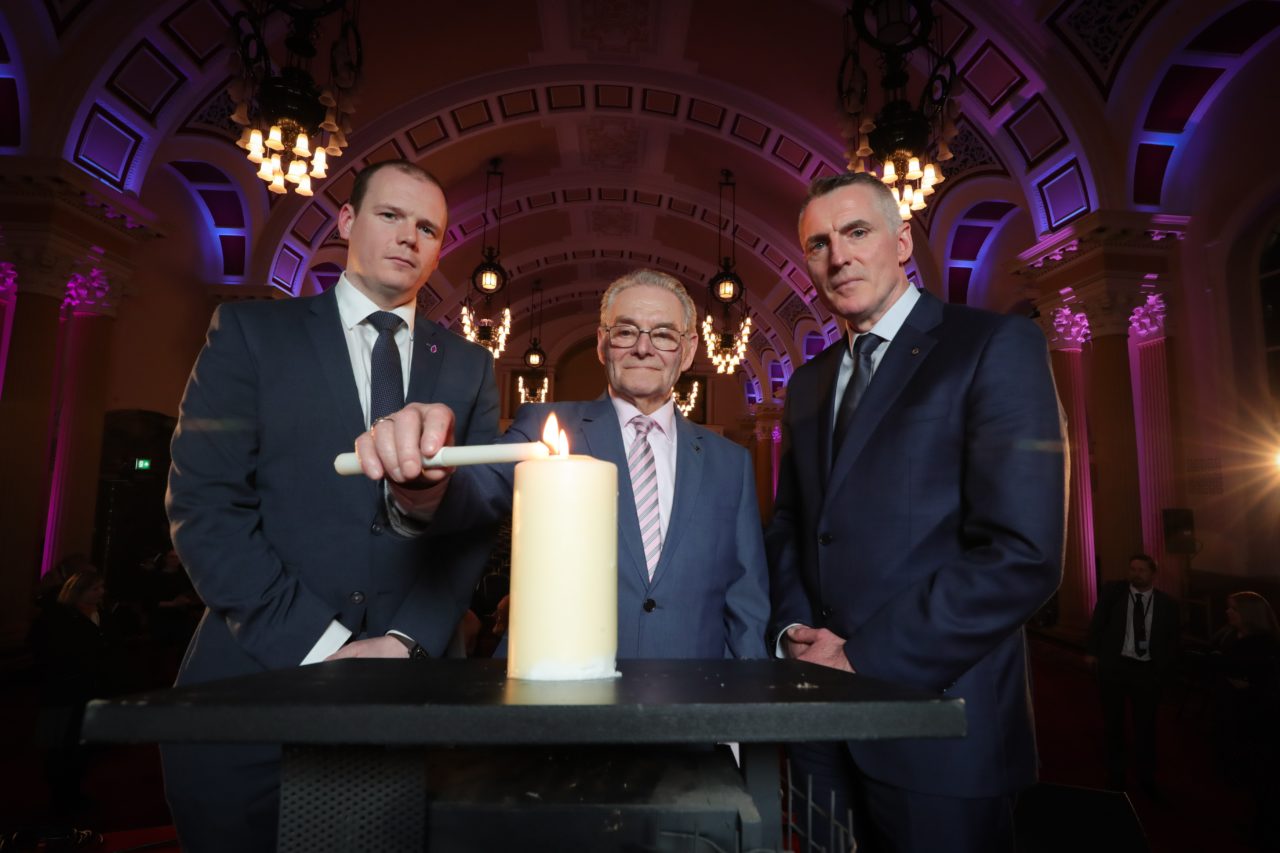 The event marked 75 years since the liberation of Auschwitz-Birkenau and 25 years since the Genocide in Bosnia. It was hosted by The Executive Office, in collaboration with the Holocaust Memorial Day Trust and Belfast City Council.

The keynote speaker was Tomáš (Tomi) Reichental, who is one of only three Holocaust survivors currently living in Ireland. He said:

I didn’t speak about my experiences for more than 50 years, but now I tell my story in order to educate young people and make sure history doesn’t repeat itself. I am glad I have been able to share my story with so many people in Northern Ireland, and I look forward to many more visits in the future. 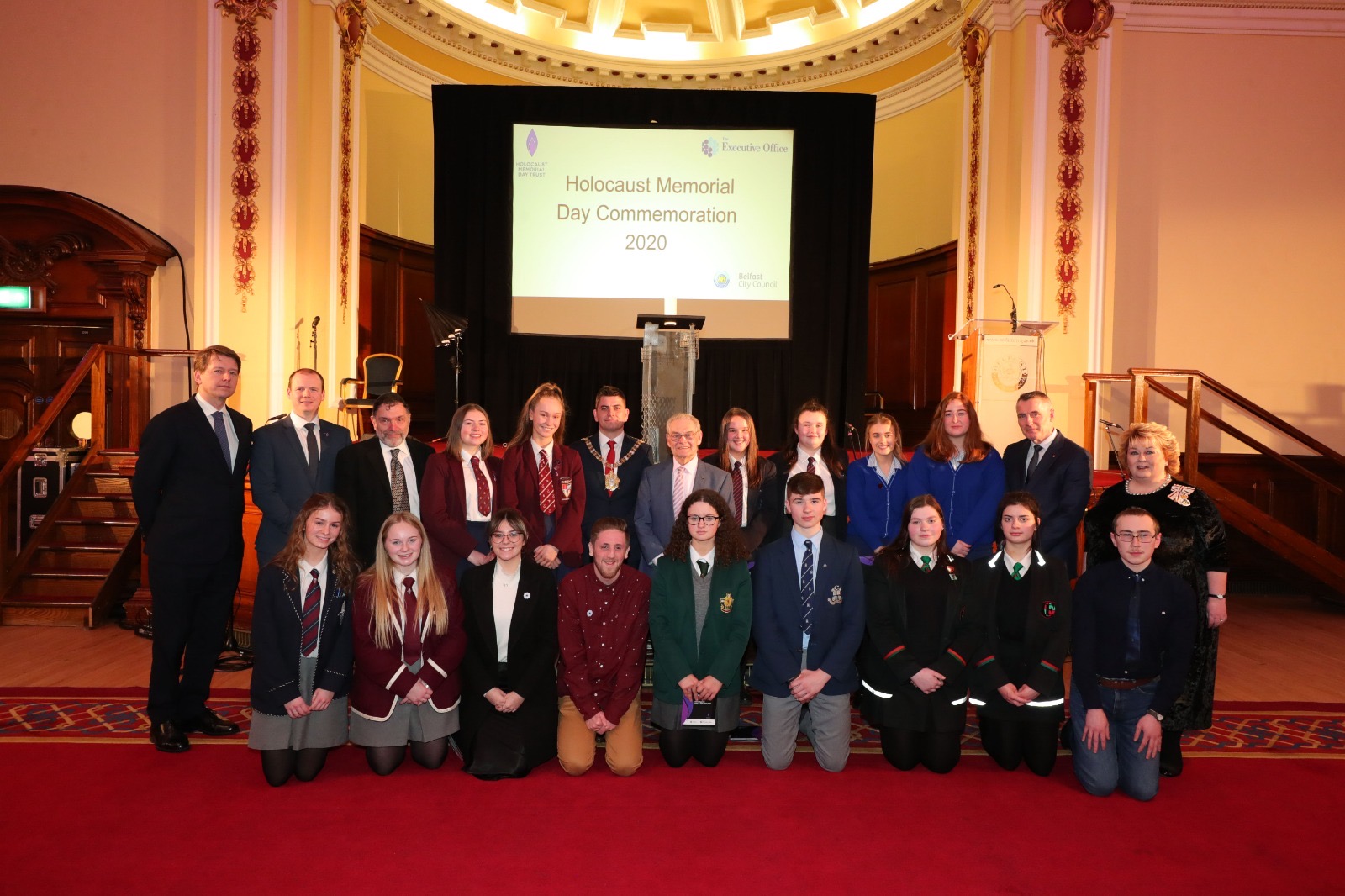 The ceremony was attended by Junior Ministers Gordon Lyons and Declan Kearney, many members of the local Jewish community and representatives from a range of faith communities, minority ethnic and other groups. Councillor Daniel Baker, Lord Mayor of Belfast, gave a speech and statements of Commitment were read by young people. Prayers were read by Carl Nelkin and Rev David Kale and guests heard poetry readings by Michael Longley and Maureen Boyle, as well as a performance by Lagan College Choir.

For the first time in many years, HMD ceremonies in England, Scotland, Wales and Northern Ireland are taking place on the same day, which is particularly symbolic given this year’s theme: Stand Together. The significant milestone that we collectively mark is made especially poignant by the dwindling number of survivors of the Holocaust who are able to share their testimonies. By joining us here today, you are standing together with people still facing prejudice and hostility, and I thank you for your support.

The event saw the official premiere of a powerful new film produced by The Executive Office in conjunction with the Holocaust Memorial Day Trust, showing Tomi Reichental, fellow Holocaust survivor Susan Pollack MBE, and Safet Vukalić BEM - a survivor of the genocide in Bosnia - share their personal experiences with young people from schools and colleges across Northern Ireland. You can watch the film here.

In her closing reflection, the Lord Lieutenant for the County Borough of Belfast, Fionnuala Jay-O’Boyle CBE said:

The horror that is Holocaust is as sadly relevant today as ever was. People only die when we forget them. So our remembrance needs to be active, vocal and determined. National Holocaust Memorial Day allows for precisely this.

Read more here, or watch the ceremony in the film below: