International Women’s Day (IWD) is an opportunity to celebrate the courage of women who have lived through the Holocaust and genocide, many of whom share their experiences with us today.

Women such as Kitty Hart-Moxon, who work to educate young people about the Holocaust. It is also a time to remember the millions who did not survive.

When genocide is inflicted on a people, the experiences of men and women are in many ways similar. By definition, genocide is acts committed with the intent to destroy, in whole or in part, a national, ethnic, racial or religious group. No one – man nor woman – is spared the infliction of physical abuse, torture and extreme violence, or the loss of family members, loved ones, homes and livelihoods, or the destruction of their community and identity. Despite these similarities, there are ways in which the experiences of men and women differ. 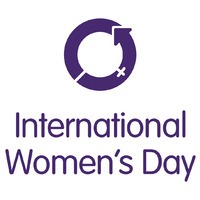 A common feature of the Holocaust, Nazi Persecution and the genocides that have happened subsequently is that in the early stages of genocide, men and women are separated and destined for different experiences from that point onwards. In the Holocaust, on arrival at concentration camps, women and children were separated from men. Some women were sent to work, sometimes at camps specifically for women (such as Ravensbrück). However, upon arrival at concentration camps, many women were immediately considered unfit for heavy labour and sent straight to gas chambers to be murdered. Kitty Hart-Moxon, who survived the Auschwitz concentration camp with her mother highlighted on the BBC Radio 4 programme Woman’s Hour that women were often better at coping with difficult situations, such as those in the camps, because they often formed very close relationships and were particularly supportive of each other.

In Bosnia, as Serb forces entered Srebrenica, women and children were taken on buses outside of the Serb-controlled zones whilst the men were held and interrogated in warehouses before being marched across the mountains to Tuzla. And in Darfur, during attacks on black African villages by Janjaweed militia, men were rounded up and killed or abducted whilst many women managed to flee to the bush and escape.

Because women and children were often placed together, a key feature of the female experience of genocide is the struggle to care for and ensure the survival of children. Denise Affonço, who survived the Cambodian genocide, explains how the children’s needs came first:

‘We must tighten our belts and feed the children first. Within a few weeks both the young and old lose several kilos. The children no longer have any vitality, no inclination to play or to laugh.’

Although not a uniquely female experience – countless men successfully endeavored to look after and save the lives of children – caring for children is a common theme in the experience of female survivor testimony. In all of the genocides we hear accounts of women going to extraordinary lengths to feed children, often sacrificing food themselves, stories of women nursing injured and sick children back to health, or watching them ebb into unconsciousness due to lack of food or medical care.

The Genocide in Darfur is no exception to this. Women who survived attacks on their villages were forced to return to burnt out, ransacked villages. They ran the risk of repeat attacks, and struggled to care for their children with no money or means of a livelihood, little access to medicine and without the protection of the men of their village. Their only other option was to move to a refugee camp. Today, 11 years after the genocide first started, there are between two to three million Darfuri people, according to UN estimates, living in deplorable conditions in refugee camps in both Darfur and across the border in Chad, most of whom are women and children. And the struggle to care for children continues. The average refugee experience consists of a shelter made of cardboard, plastic and straw, malnutrition, and perpetual water shortage. It is estimated that 75 children a day die in these camps.

Another hallmark of the female experience of genocide is rape and sexual violence. Again, this is not an exclusively female experience, but the rape of women by perpetrators as a weapon during genocide is more common. Testimony of victims of the Holocaust and Nazi Persecution who were raped is beginning to emerge. The UN reported that in Rwanda at least 250,000 women and girls were raped. Life stories, such as Clare’s powerfully convey these experiences:

‘The worst torture was the rape. The killers came 10 to 15 men at a time, each taking turns. You’d lose count of how many raped you. But I recognise six of the rapists who still live here in this community […] The legacy of the rape will remain with us forever, because we’re now HIV positive and dying from AIDS.’

As Clare highlights in her testimony, the legacy of Genocide in Rwanda has left another open wound: many of those who were raped contracted HIV from their attackers. The burden of their experiences does not solely lie in traumatic memory but physically too, they are condemned to a life of sickness and an early death. In Bosnia the rape of Muslim women was used as a systematised instrument of war by the Serb forces. From the Genocide in Darfur there are many accounts of women being raped during raids on their villages and mass raping of girls in their schools. There are also continuing accounts of Janjaweed militia gravitating around refugee camps and raping women and girls who leave to collect firewood. The impact of rape on victims in traditional societies, like the black African tribes of Darfur, is particularly destructive. Not only do the victims suffer physical and emotional trauma, but they are often then rejected by their husbands, families and communities. Rape is an effective tool during genocide: it destroys communities at their core, shaming and emasculating men by demonstrating their inability to protect their women, and subjecting women and often their children, born of rape, to a life of isolation. A huge challenge from the legacy of Genocide in Rwanda includes orphaned children, those children born with HIV themselves and those conceived from the violent act of rape.

Justice systems created post-genocide have also shown lack of sensitivity to the subject of rape. The community-based Gacaca court systems established in Rwanda proved problematic for women who were raped, as many were forced to give evidence in front of their communities. As a result, many women did not feel as though they could seek justice, having repercussions in relation to reconciliation, justice and individual ability to forgive.

International Women’s Day is an opportunity celebrate the courage and strength of these women who have endured so much and survived – and remember those who have not survived. However, today over a million women languish in refugee camps in Darfur and Chad, with little hope of returning home until the regime that orchestrated the genocide against them is removed from power, the militia that executed the genocide is disarmed, and a peace agreement that accommodates the needs of the Darfuri people is secured, there is little to celebrate. The lessons of the Holocaust, Nazi Persecution and subsequent genocides echo empty here.