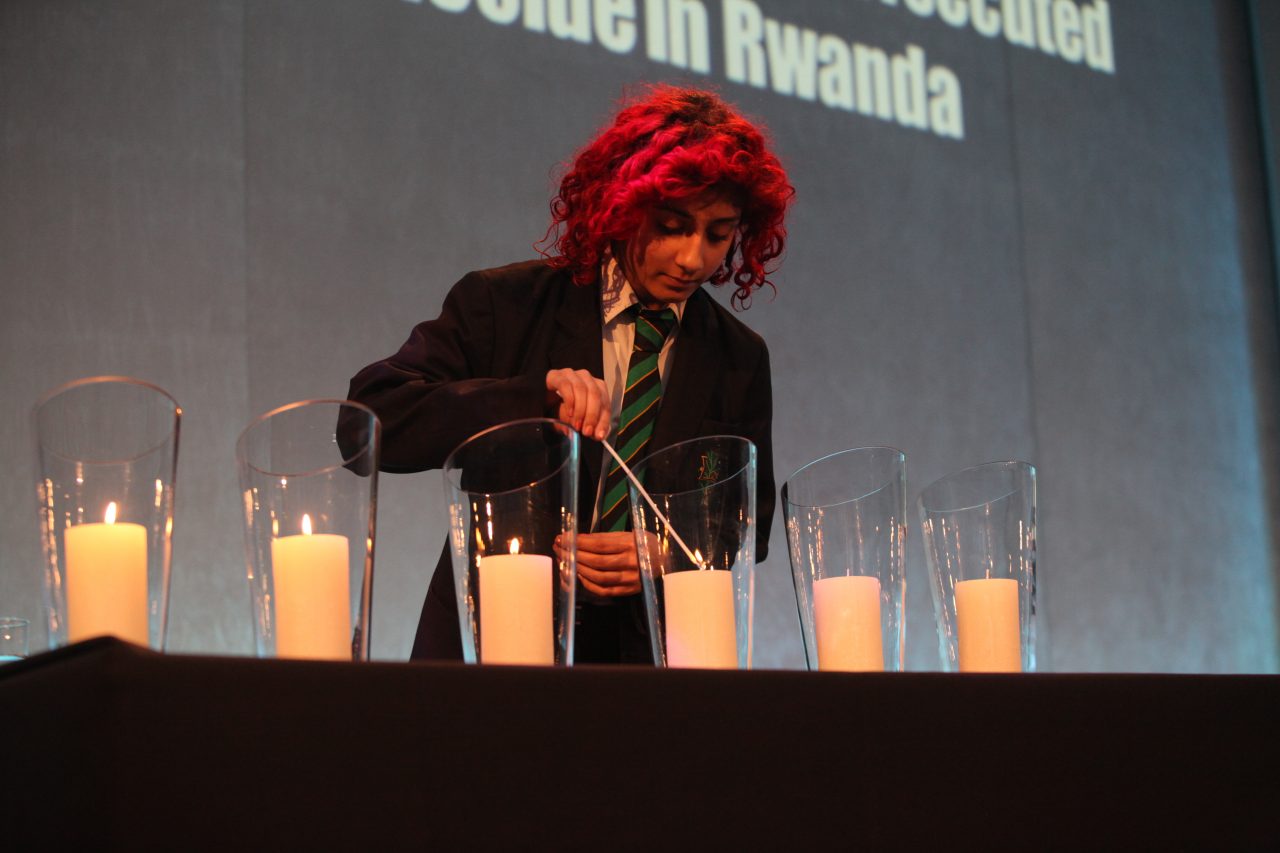 This year we were privileged to be joined by two survivors who told their stories to the hundreds of guests gathered in Westminster.

Kitty Hart-Moxon OBE spoke about her experience as a teenage girl in the Lublin Ghetto, at the extermination camp at Auschwitz Birkenau, on a death march, as a slave labourer, and her eventual liberation.

The theme for HMD this year is Communities Together: Build a Bridge. I experienced the best and the worst of what this theme is about. I saw the Jewish community of Zabia Wola annihilated. I was sent to Auschwitz because I was betrayed by a fellow-worker. But we would not have survived if the Catholic priest had not supplied us with non Jewish documents. I probably would have starved to death without the German woman who risked her life providing a few morsels of food in the factory.

Holocaust Memorial Day is very important, as today people are thinking about the Holocaust and about genocides that have happened since then. I know that the theme this year is Communities Together: Build a Bridge. Yes, my family suffered because our neighbours attacked us – but my life was saved by different people who were around me guided by my God. We must try to build bridges with others and respect humanity despite of differences.

Lord Sacks, in his last address to mark HMD as Chief Rabbi, paid an eloquent and poignant tribute to the survivors of the Holocaust.

I want to pay tribute to the survivors. How they survived I will never know. With a iron will they looked to the future, and with indomitable faith in life itself they refused to let evil have the final word and final victory. They have become my heroes.

The state commits a blasphemy if it goes about destroying its citizens. Those countless millions were individuals – they had hopes, they had fears. It is their loss we remember today.

The ceremony was hosted by renowned historian Simon Schama CBE, and Rwandan-born journalist Yoletta Nyange. Six candles were lit to commemorate victims of the Holocaust, Nazi persecution, and the genocides in Cambodia, Rwanda, Bosnia and Darfur.

Pictured: A student from Leytonstone School lights a candle at the UK Commemorative Event for Holocaust Memorial Day.