The Holocaust Memorial Day Trust thanks Her Majesty The Queen for her commitment to commemoration of the Holocaust and genocide. 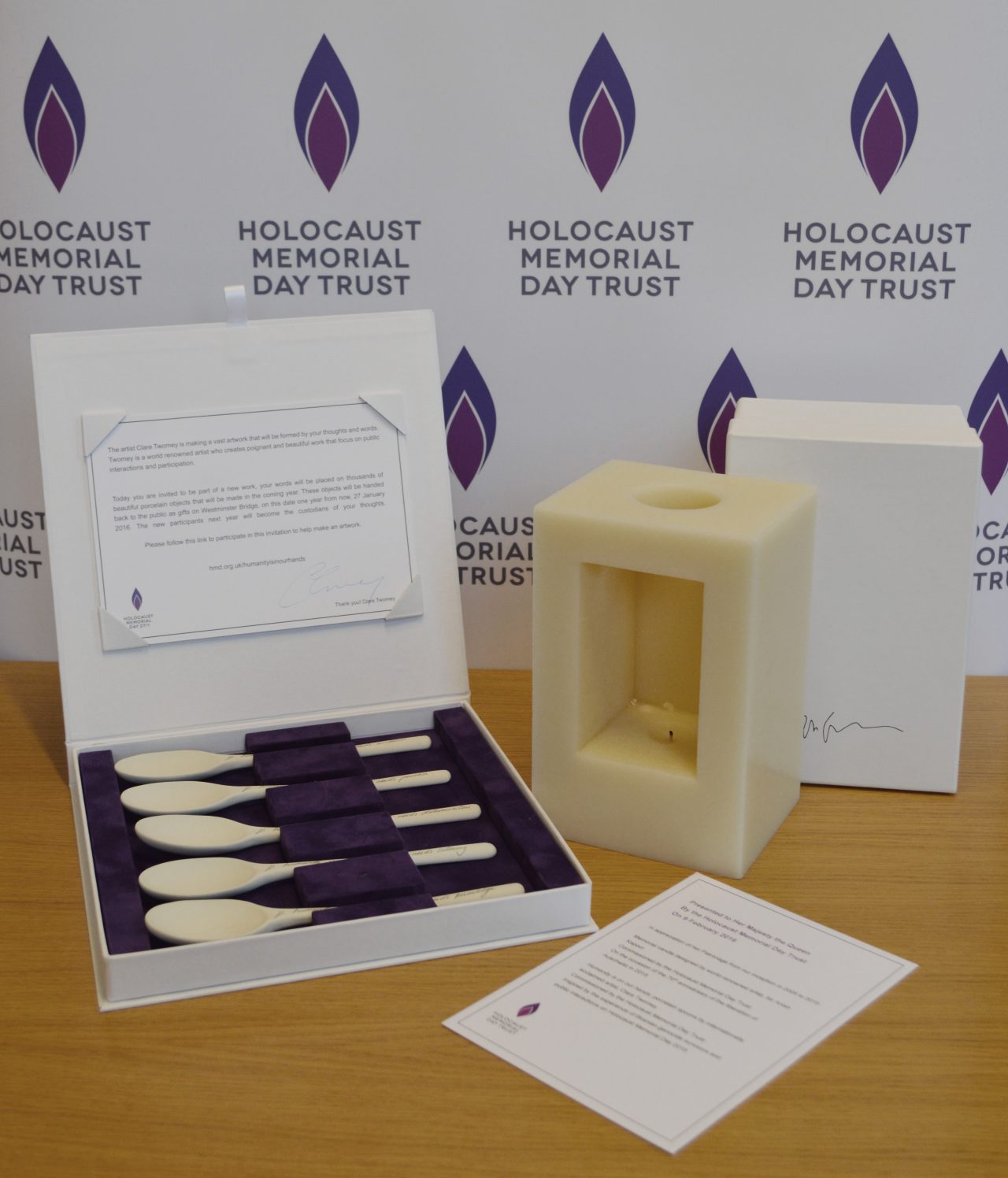 Her Majesty was Patron of HMDT for ten years, from our inception in 2005. To thank The Queen for her support over the past decade we recently presented two gifts commissioned to mark Holocaust Memorial Day.

The first gift was a memorial candle designed by world-renowned artist, Sir Anish Kapoor, as part of the 70 candles for 70 years project for HMD 2015, marking the 70th anniversary of the liberation of Auschwitz.

Her Majesty was also presented with a set of porcelain spoons, created by internationally acclaimed artist, Clare Twomey, for her recent project Humanity is in our hands. On HMD 2015, Clare invited the public to give their thoughts on the subject of humanity, collecting responses between 7am and 7pm on Westminster Bridge. Inspired by the experience of a Bosnian Genocide survivor, Nisad ‘Šiško’ Jakupović, Clare then reproduced these responses onto delicate porcelain spoons which were handed back out to the public on HMD 2016, requiring people to become custodians of both the spoons and the thoughts about humanity.

His Royal Highness The Prince of Wales succeeded Her Majesty The Queen as Patron of HMDT, continuing the Royal Patronage of the charity.