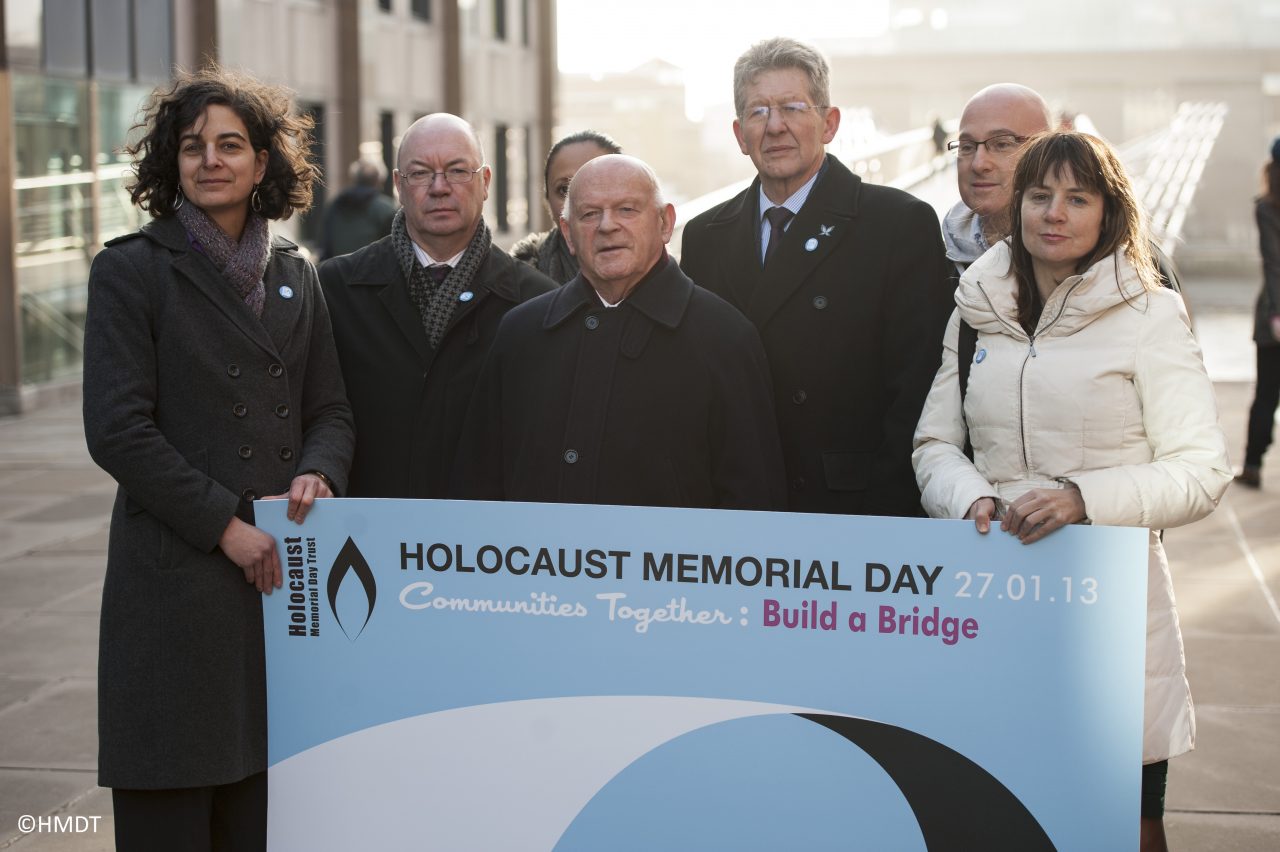 The ceremony featured the lighting of a candle by Holocaust survivor and President of HMDT, Ben Helfgott MBE, and the ACM Gospel choir singing a specially commissioned song, A Bridge of Voice. The song highlights this year’s theme for Holocaust Memorial Day, encouraging people to make connections within their communities to challenge persecution and hatred in the UK.

Members of the public signed personal statements, pledging to build a bridge in their communities for Holocaust Memorial Day. The statements will be turned into a paper chain and displayed tomorrow at the UK Commemorative Event for HMD.

I’m proud of the work to remember the Holocaust and subsequent genocides that goes on today and throughout the year, and I’m proud of the Government’s contribution to it. For those who cause harm, memory is the enemy.

It was fantastic to assemble on one of the UK’s most iconic bridges on the day we are asking people across the country to build bridges in their community to show they are rejecting the hatred which resulted in genocide. During the Holocaust, and subsequent genocides, hatred and persecution fractured communities and turned neighbours against each other. The culture and way of life of many communities was destroyed, and in some cases whole communities were wiped out. Today we honour the memory of those whose lives were destroyed in these genocides, and encourage everyone to consider the part they can play in creating a safer, better future.