Take a look at the main civic events in the UK’s devolved nations for HMD 2013. 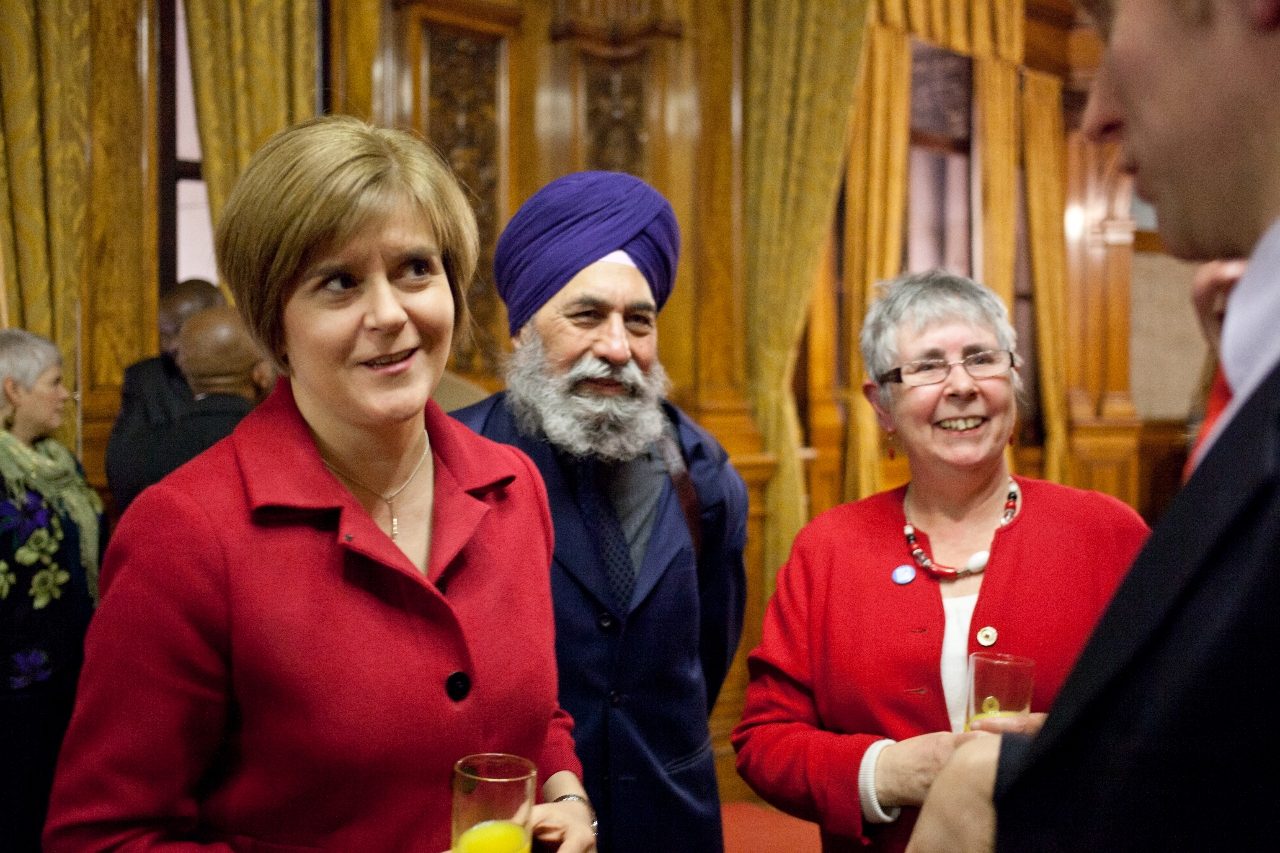 The Welsh commemoration for HMD took place on Monday 28 January at Cardiff City Hall. The event was organised by Cardiff Council and the Welsh Government and was open to the general public.

The First Minister of Wales, Rt Hon Carwyn Jones AM, gave a reading and laid a wreath.

Music was performed by the Cardiff County and Vale of Glamorgan Youth Choir.

Speaking about Holocaust Memorial Day, Carwyn Jones said: ‘As the years pass, the survivors of the Holocaust become fewer and fewer, making it increasingly important to remember the atrocities that unchecked hatred and intolerance can lead to.

‘From learning from the past we can be reminded to continue to be vigilant so that the horror of genocide cannot be repeated. I am proud to reaffirm Wales’ commitment to the ongoing remembrance of those who died as a result of the Holocaust and other genocides, to honouring survivors and to fighting intolerance in all its forms.’

The new Welsh translation of the About HMD booklet was distributed to Welsh speakers attending the event and to schools throughout Wales.

The main HMD event in Northern Ireland took place in Newtownards on the evening of Monday 28 January.

The keynote speaker was Marilyn Taylor, author of the book Faraway Home which tells the story of children who travelled to safety in Millisle, Northern Ireland on the Kindertransport.

This story highlighted the theme of Communities Together and the importance embracing those different from ourselves and helping out in difficult times.

Millisle Primary School pupils read extracts from the book. Attending the event were members of the local Jewish community and representatives from a range of faith communities, ethnic minority and other groups.

Pupils from Donaghadee Primary School performed two songs, including A Bridge of Voice which was commissioned by HMDT this year’s commemoration.

‘There is no place for hate in the new society we want to build. Building bridges between communities is an essential step to healing division and helping create lasting peace for everyone.’

The main Scottish event for HMD this year was held in Glasgow in partnership with Interfaith Scotland, the Scottish Government and HMD’s Scottish Champion Alison Logan.

A weeklong series of events culminated with an event held at the City Chambers, hosted by two pupils from Holyrood Secondary School, which brought together school pupils to share learning about the Holocaust and subsequent genocides.

Jean Paul is a Rwandan genocide survivor and a prominent cultural ambassador for his country; Sello is spokesperson for the Nelson Mandela Foundation and was previously a senior manager at South Africa’s Human Rights Commission.

At another event, took place in the City Chambers and was hosted by the Lord Provost and Councillor Sadie Docherty.

Nicola Sturgeon MSP, Deputy First Minister of Scotland said: ‘On days like today it is absolutely vital that we pay tribute to the millions of individuals who have lost their lives, families and homes as a result of the Nazi Holocaust and subsequent genocides throughout the world.

‘This year’s theme Communities Together: Build a Bridge should encourage us all to reach out and build relationships with those around us.’