Actor Samuel Barnett, best known for his part as Posner in The History Boys, has made an online pledge and recorded a poem for Holocaust Memorial Day 2014.

In it he has described how he has taken a step for Holocaust Memorial Day (HMD) by recording the famous poem The Butterfly, which was written by Pavel Friedmann in 1942 while he was imprisoned at the Theresienstadt concentration camp in Czechoslovakia.

‘I have taken a step for Holocaust Memorial Day by recording a poem The Butterfly about life in a ghetto and by tweeting about the HMD website so that more people will know about it’, the pledge reads. 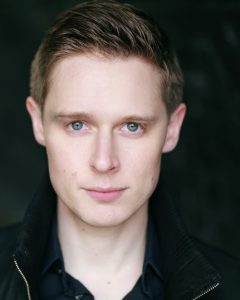 Samuel took the time to record the poem out of his busy schedule in New York City, where he is performing in Richard III and Twelfth Night at the Belasco Theatre on Broadway.

The piece itself focuses on the last butterfly that Pavel sees during his time at Theresienstadt, knowing full well that something with its beauty could not dwell in a place of such horror and destitution. The ‘richly, brightly, dazzlingly yellow’ insect represents a happy time before his incarceration and the hope that he will eventually escape to experience such natural magnificence again.

The tragic reality is that Pavel’s Journey would end at Auschwitz, where he was transported in 1944 and from which he would never leave.

You can listen to Samuel’s recording of The Butterfly here. Please feel free to use it for your HMD commemoration events, school assemblies and lessons.