We’ve been delighted with the level of interest in Holocaust Memorial Day this year, and in the research we released on 27 January 2019. 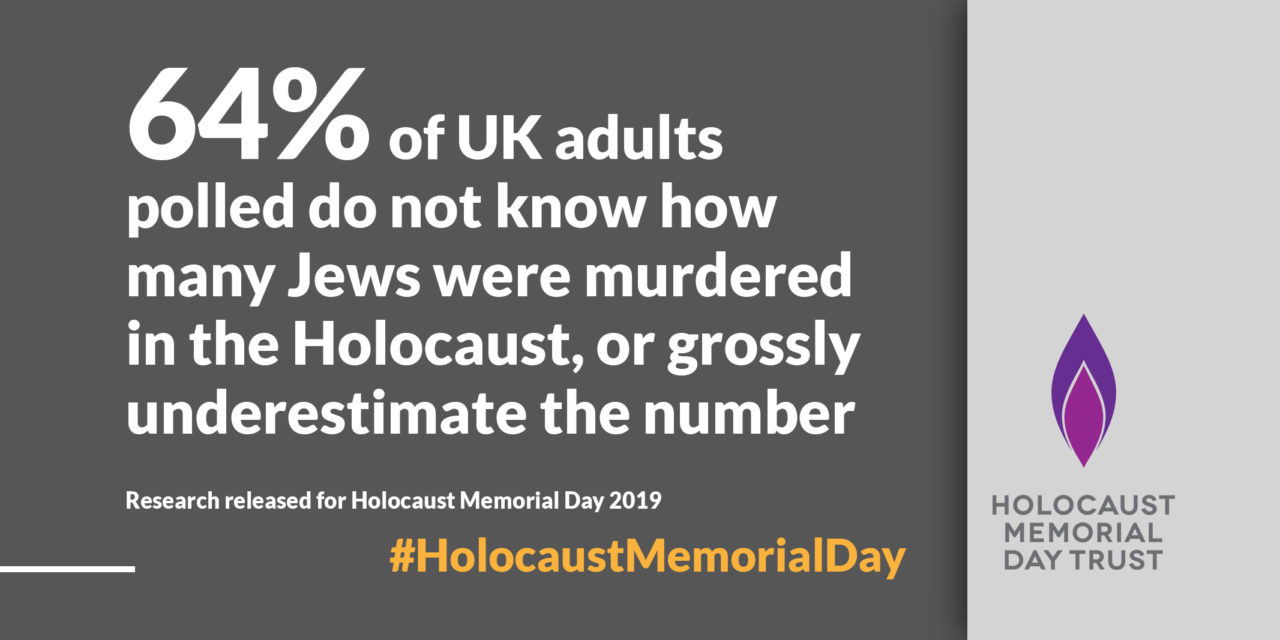 We commissioned research to get an insight into the general public’s knowledge and understanding of the Holocaust. We chose to ask about the Holocaust specifically as our purpose is to organise the annual Holocaust Memorial Day commemorations.

The first two questions in the survey asked people if they knew how many Jews were murdered in the Holocaust, and when the Holocaust ended. We were interested to know whether these basic facts were known, or not.

The third question covered several statements, which respondents could say they agree or disagree with. One of those was ‘The Holocaust never really happened’. We were surprised that 5% of respondents said they either ‘strongly agreed’ or ‘agreed’ with this statement.

It is important to stress that there is an enormous difference between someone who maliciously denies the Holocaust happened and someone who is ignorant about it. 5% of poll respondents agreed with the statement ‘The Holocaust never really happened’ but this does not mean that 5% of the population actively and maliciously works to deny its occurrence.

We appointed a research company (Opinion Matters, see below) who questioned a sample of 2,006 UK adults, following a process and methodology that meets standards for a poll of this nature. The survey was able to gather quantitative data – it did not ask people about their motivation or belief, so we cannot speculate as to why people answered in the way they did.

A poll of this nature can go some way to helping provide an insight into public knowledge and opinion. This is an important topic and we were surprised by some of the results. We welcome further research in this area. We want to increase awareness in order that society can honour those murdered and those who survived, and learn lessons from the past to create a better future.

Given the sample size and the percentage of respondents who expressed this view, the Confidence Interval is +/-0.95% for a Confidence Level of 95%.

Opinion Matters abide by the Market Research Society code of conduct and are members ESOMAR, the association for market research globally.