Mark Woodward is an English Teacher at Darwen Aldridge Enterprise Studio, a Secondary School in Blackburn. His students marked HMD 2019 by completing the Postcard Project and writing poems based on the theme: Torn from home, which they read out in assemblies. 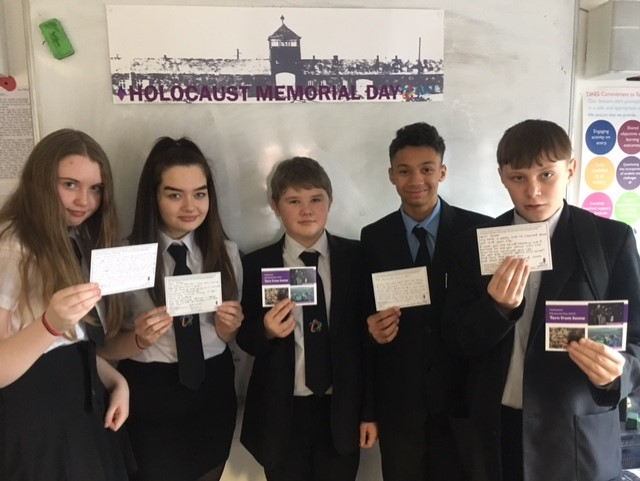 We asked Mark about how he and his students marked HMD and the impact it had on them.

What motivated you to organise an HMD activity?
I’ve been involved in Holocaust education now for many years and HMD is a great opportunity each year to engage the students. 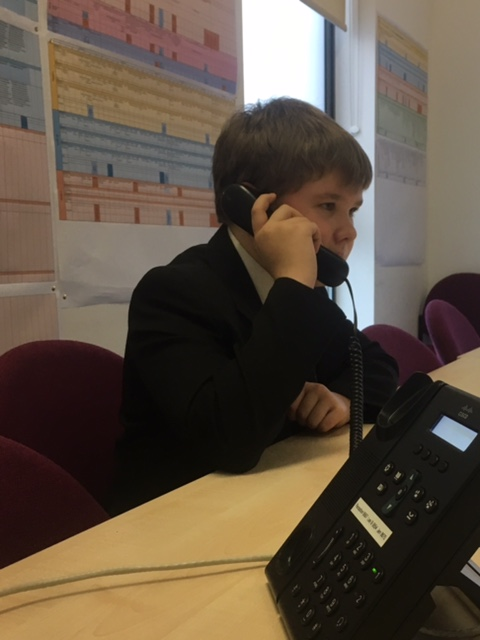 A student is interviewed by the Jewish Telegraph

What impact did your activity have on you, and those who attended?
Due to my students’ backgrounds, they seem to have had a stronger empathy and understanding and have been very passionate about passing on the lessons of the Holocaust. A few of the students have signed up to become HMD Youth Champions and would like to undertake the bronze award.

Are there any further actions you will take as a result of marking HMD?
I’m going to support the students to become HMDT Youth Champions, particularly helping those who don’t have internet access at home to sign up.

I’m also planning a school trip to the Imperial War Museum, and later to Poland. I’d like the students to meet a survivor if possible – they’d get so much from it.

What was the highlight of your HMD activity?
A few of the students were interviewed by the Jewish Telegraph, based in Manchester. They’d heard about the work our students were doing and did a lovely feature on them. I was so proud.

Quite a number of our students have been really affected by our study of the Holocaust and other genocides. One student has suggested that we all make a pledge of how we can make a difference.