Renee Bornstein survived the Holocaust by hiding in barns, farms and convents. Marianne Cohn, a resistance worker, was murdered by the Gestapo for trying to help Renee and other children escape. 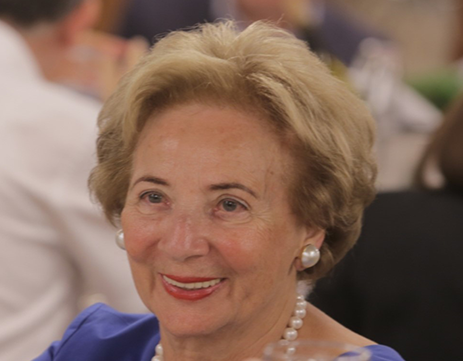 You can download the PDF version of Renee Bornstein’s easy to read life story here.

Jewish: People who follow the religion of Judaism.
World War Two: A large war fought in Europe from 1939 – 1945.
Nazi Party: The group who were in power in Germany from 1933 – 1945, led by Adolf Hitler.
Refugee: A person who has to leave their home because they are in danger.
The Holocaust: The attempt by the Nazis to kill all the Jews in Europe.

My name is Renee. I was born in France in 1934. As a child I lived with my parents, my older sister, Helen, and my younger brother, Joe. My family and I are Jewish.

During World War Two, the German Army took control of France. Germany was led by the Nazi Party, who believed that German people were better than lots of other groups, especially Jewish people like my family.

Life became very hard and scary. Jewish people were being taken away and we didn’t know where. Whenever the Nazis came to our village, we had to run and hide in barns, farms or cellars.

My parents knew that we were in danger and we couldn’t hide forever. They made the hard decision to send us away in June 1944. I was 10 years old, Helen was 13 and Joe was 9.

First we were hidden by Catholic nuns for two weeks. I was very frightened and I missed my parents so much. I refused to eat and could hardly sleep.

We left the nuns and got on a train to the French town of Lyon. There we joined a group of 36 children. We all travelled towards Switzerland. It was a scary journey. Nazi soldiers walked up and down the trains trying to find Jewish people.

When we got off the train we were met by a woman called Marianne Cohn. She was 22 years old. She was going to help us escape to Switzerland. There weren’t Nazis there and we would be safe.

A group of German soldiers appeared with barking dogs. Marianne told them we were going to a holiday camp. They kept asking us ‘Are you Jewish?’ We said no, but they took us to a prison.

We were taken to a big, empty room. A soldier pointed his gun at us and asked ‘Are you Jewish?’ Again and again I said no. Eventually, he let us go back to our cells.

Every day, Marianne was taken away and beaten. Some people tried to save her, but she didn’t escape because she had promised the parents that she would not leave us children alone. The Nazis killed Marianne. I will never forget her, she was a true heroine.

Today, a school in that town is named after her. Because of her bravery, she saved 200 children.

After two weeks the Lord Mayor of the town, Jean Deffaugt, managed to get us out of prison. The Nazis let him send us to a children’s home. They came every week to count us. If any children had escaped, they said they would kill all of us and the Lord Mayor. We lived there for three months.

When the Nazis left the town, we were taken to a refugee centre in Switzerland, where we lived for another three months. When we saw our parents again we had been apart for over six months.

The Nazis tried to kill all the Jewish people in Europe. This is known as the Holocaust. People like me and my family were very lucky to get away. By the end of the war, the Nazis had killed six million Jews.

I grew up to have a happy life. I married Ernst, another Jew who the Nazis had attacked, and we had three children. My family is proud to be Jewish.

You can read the long version of Renee’s life story, suitable for secondary school students and adult audiences, here.