Kemal Pervanić and his family were Muslims living in Kevljani, Bosnia. In 1992 Bosnian Serb forces imprisoned Kemal and his brother in the notorious Omarska concentration camp. As part of our 2011 Hidden Histories project Kemal showed us a photograph of his family which survived the Bosnian war. 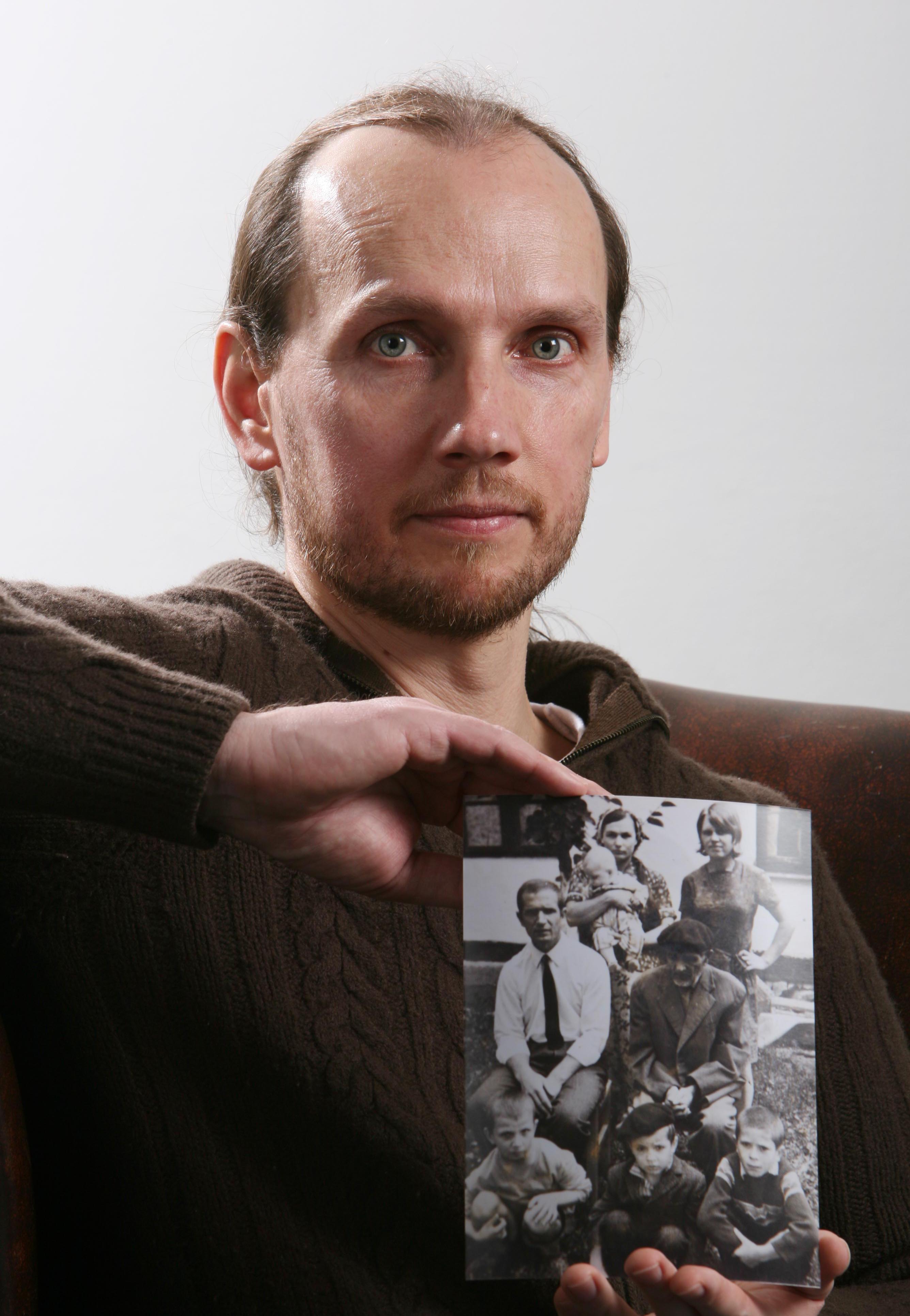 Kemal is holding a fairly large photograph. It’s black and white and is a portrait of a number of people. We see 3 young boys crouched in the front; sitting down behind them is a man in a white shirt and a much older man who is wearing a hat. Behind them stand 2 women who look to be of a similar age. One of the women is holding a baby. We can see that the photo is taken outside a house.

The photograph looks like it has been freshly printed but the clothes that the people are wearing, particularly the women suggests that the picture was taken some time ago.

Most people have photographs like the one that Kemal is holding – whether they are on computers or in a photo frame in their homes. Kemal’s photo holds an important message and an Untold Story. This is a photograph of Kemal’s family. It was taken in the late 1960s and he is the baby in this photographs and the woman holding him is his mother. Around them, we can see 2 of his cousins, his dad, Grandad and 2 older brothers. Kemal and his family were Muslims who lived in Kevljani in Bosnia. He remembers seeing the photograph in his house when he was younger, but, he says ‘I never looked at it that often.’ Life was relatively peaceful for Kemal and his family until 1992 when he was 24 and the former Yugoslavia began to fall apart. As this happened, political groups began to form which were based on ethnic grounds. Kemal’s school and community had been made up of Serb and Muslim people and students who had worked and studied together. However, when the new authorities came into power they began targeting the Muslim population. Along with his middle brother Kasim, Kemal was forced to live in a concentration camp in Omarska. His mum was sent to a separate camp and his dad and eldest brother went to Croatia. When they were forced out of their homes and sent to the camps, they did not take this photograph with them as Kemal tells us today ‘in those moments you don’t think about such things’. Kemal believed that this photograph was lost forever.

Kemal and Kasim were imprisoned in atrocious conditions with little water or food. The camps had been created for all men and boys over the age of 12 and the guards were made up of the Serb members of the community of the surrounding villages and towns. This meant that some of the Guards in the camps were the neighbours and fellow students of Kemal and Kasim. Kemal and Kasim survived the camps, and they came to the UK shortly after they were released. With the help of the British Red Cross, they were able to bring the rest of their family to the UK and were reunited within about 9 months of Kemal’s arrival. Kemal has resided in the UK ever since.

Kemal and his family were fortunate to survive the genocide in Bosnia, as many thousands were murdered in that time; however, their lives were altered beyond recognition, arriving in the UK without their belongings or any special items.

When he returned to Bosnia exactly 10 years after he left, Kemal visited his Aunt. Kemal hadn’t seen her for around 12 years and they had lots to catch up on. Kemal describes the meeting as ‘just another day’ until he was shown this photograph. Whilst he remembered the photograph being in his home, Kemal was unaware that there had been another copy of it. Upon being told by his Aunt that he could keep the photograph Kemal says he had ‘a big smile on my face…I thought this photo was gone forever…I never knew anyone had a copy. It was a complete surprise – something I never even thought about, let alone expected.’

When he returned to the UK, Kemal showed this photograph to his dad who said that they must have it enlarged. Sadly, Kemal’s dad died in 2007 before they had a chance to do so. This photograph is so special that Kemal had never made a copy of it until he decided to share it with us for Holocaust Memorial Day 2011.

Kemal has shared the Untold Story behind his photograph with us because he knows how important it is for us to be able to share and tell the stories we have in our families and around us every day. Kemal asks us to consider all of the stories like his.

‘People may think that they have nothing to do with my story. But what happened to me, could happen to them – to people like yourself. It may sound too hard to believe but this doesn’t happen to strangers who live far away. I’m just an ordinary person. These terrible things can happen to people like us.’

When we look at the people in Kemal’s photo – these ordinary people, people like his mum, his dad and his brothers and cousins, it can inspire us to think about the people who are in our lives today. It could be our friends at school, other members of the groups to which we belong, our relatives or our neighbours. We can ask ourselves, do we know their stories? Do we know the things which are important to them? And we can each ask ourselves what we can do to share these stories further.

‘This life is about what we can do. I’ve been making a difference and if I can do it, others can. Whether we’re doing something for our community or something bigger. We make the world the way it is, so just look around, try to help those around you, think before you do things and take responsibility for your life.’