The Sonderkommando, or ‘Special Squads’, were work units in the Nazi death camps. They consisted of male, mainly Jewish, prisoners who were forced to work in and around the crematoria of several of the Nazi death camps. Members of the Sonderkommando would be regularly replaced, with the new members being responsible for taking the bodies of their predecessors to the crematoria once they too had been murdered in the gas chambers.

I’d more or less forbidden myself to think about what was happening; we had to do what we were ordered to do, like robots, without thinking… I thought the dead were perhaps luckier than the living; they were no longer forced to endure this hell on earth, to see the cruelty of men.

You can download the PDF version of The Sonderkommando Life Story here.

The Sonderkommando worked in the gas chambers and crematoria at several of the Nazi death camps, including Auschwitz, Treblinka, Chełmno, Bełżec, and Sobibór. They were responsible for a number of duties, such as disrobing victims, shaving women’s hair, leading victims directly to the gas chambers, handling and removing the bodies from the gas chamber, removing gold teeth and any prosthetics from corpses, and finally the grinding of bones not incinerated in the crematorium.

Of the men who joined the Sonderkommando, some chose to join in order to receive more food rations so that they might increase their chance of survival and others were forced to, under the threat of death. Though they had larger food rations and better living conditions, the Sonderkommando were forced to witness unimaginable horrors. Abraham Bomba, a Polish Jew and barber was sent to Treblinka where he was forced to cut women’s hair before they were sent to the gas chambers. When interviewed for Claude Lanzmann’s documentary, Shoah, Bomba recalls that the Sonderkommando would sometimes have to lead members of their own families into the gas chambers.

The trauma of the daily duties had a significant impact on the Sonderkommando. Surviving members who have subsequently shared their stories remember feeling emotionless, deadened by the cruelty they were forced to witness. Filip Müller, who was assigned to the Auschwitz Sonderkommando when he was 20 years old, recalls witnessing a group of Czech Jews singing the Hatikvah (a Zionist song which later became the national anthem of Israel) and the Czechoslovakian national anthem as they entered the gas chamber. Müller felt that after this experience he no longer had any reason to live.

Several members of the Auschwitz Sonderkommando refused to stand by. In an attempt to hide evidence of their crimes, the Nazis would frequently kill members so that they would not be able to testify to the horrors that they had witnessed. However, three members of the Sonderkommando, Zalman Loewenthal, Zalman Gradowski and Leib Langfus, all wanted to ensure that the world knew what the Nazis were doing to their victims. Through great difficulty they obtained pens and paper to write down their experiences of working in the Sonderkommando to provide evidence of Nazi crimes to the outside world. Following liberation, these documents, known as the ‘Scrolls of Auschwitz’, were found buried in the ground at Auschwitz, often amongst the cremated ashes of burned bodies.

Within the Scrolls, Loewenthal states:

‘We, the Sonderkommandos, have wanted for a long time to put an end to our terrible labour… the day is coming. It could happen today or tomorrow’,

The uprising at Auschwitz would not have been possible without the bravery of young Jewish women, such as Róza Robota – who you can see in the picture on the left. Róza worked in a clothing detail in Auschwitz Birkenau. She received a small amount of gun powder, which had been smuggled in by women working in a munitions factory close to the Auschwitz complex, including Ester Wajcblum, Ella Gärtner, and Regina Safirsztain. The gun powder was passed on to members of the Sonderkommando who led the uprising. The SS identified five women involved in the uprising, and executed them. 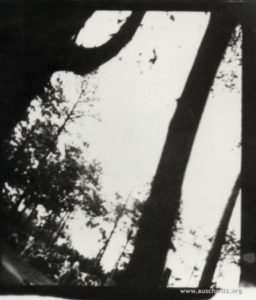 In another example of resistance, one member of the Sonderkommando, a prisoner called Alex Errera, took a series of photographs within the crematoria at Auschwitz whilst another member, Alter Fajnzylberg, kept watch as the images were taken. The images are the only known photographs taken by prisoners inside Auschwitz. The photographs consist of four images, one of which shows victims’ bodies being burnt in a fire pit and another which shows a group of naked Jewish women before they enter the gas chamber – the image you can see on the right. Two of the photographs show only trees and blackness, reminding us that these images had to be taken in secret. Though these photographs may be blurred and hard to distinguish, they serve as important pieces of evidence documenting Nazi crimes.

The Sonderkommando images represent the bravery of a few people who refused to stand by. The actions of the individual who held the camera and those who helped smuggle the camera film in and out of Auschwitz via a tube of toothpaste, and send them to a Polish newspaper have provided today’s society with hard evidence of Nazi crimes which can be used to refute forms of Holocaust denial. Some Sonderkommando survivors did not share their experiences of the special squads for many years after the Holocaust.

Due to their proximity to the killing process, former members of the Sonderkommando were often condemned as collaborators. However, following the bravery of people such as Shlomo Venezia to speak out, the experiences of the Sonderkommando are now more widely shared. Fellow Holocaust survivor, Primo Levi believed that ‘no one is authorised to judge them, not those who lived through the experience of the Lager [camp] and even less those who did not live through it.’ We should all follow his example.