On 25 January 2019, more than 100 people from the local community attended a Holocaust Memorial Day ceremony hosted at Bradford City Hall. 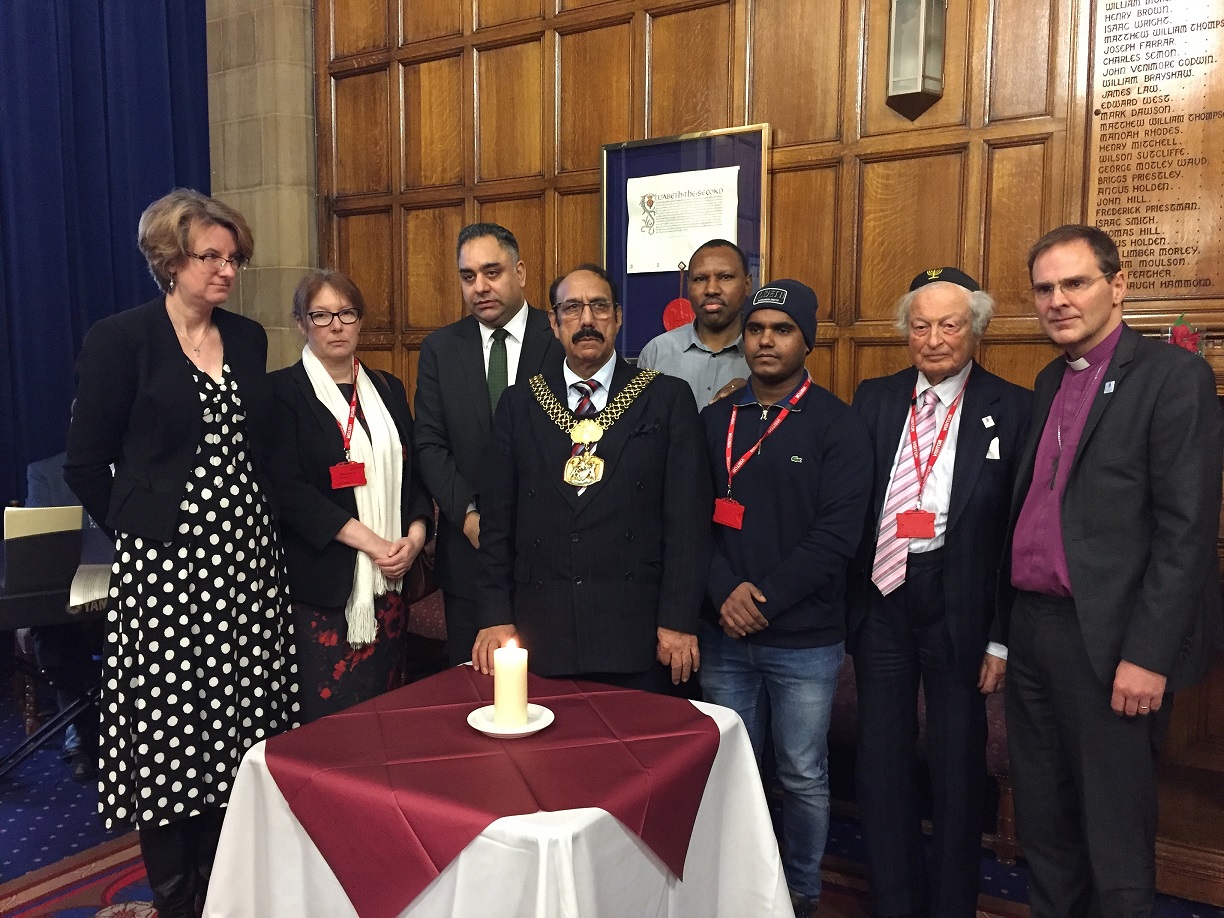 Holocaust Memorial Day (HMD) has been marked for many years in Bradford. The city has a long history of providing refuge to those in need – from survivors of the Holocaust to refugees from the ongoing war in Syria, and in November 2010 Bradford became the third city in the UK to be recognised as a City of Sanctuary to people fleeing violence and persecution. Because of this history, the theme for HMD 2019 Torn from home had powerful resonance with the local community. 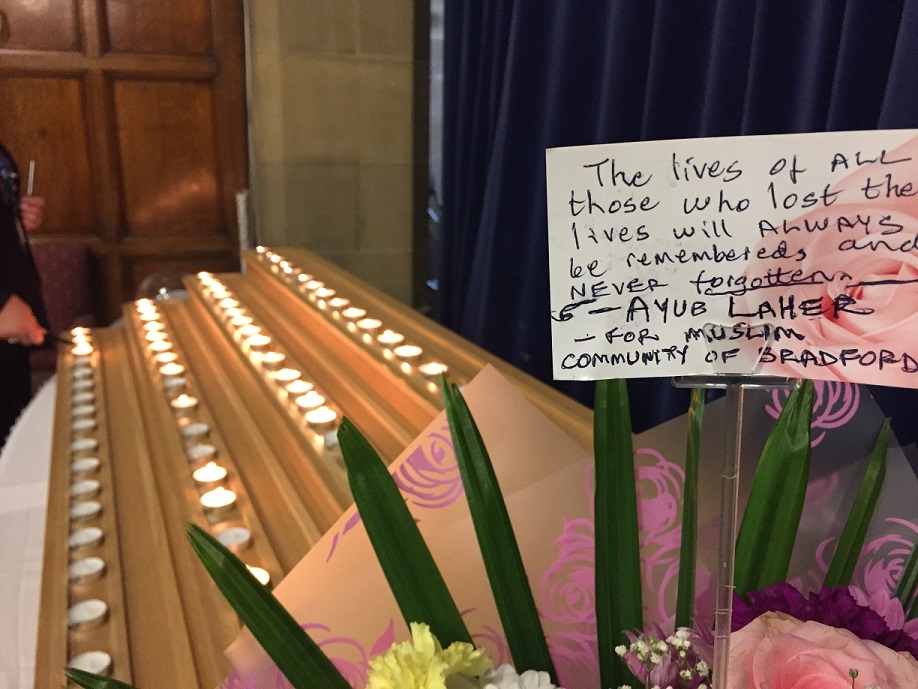 The ceremony held for HMD 2019 was led by the Right Reverend Dr Toby Howarth, Bishop of Bradford, and the Lord Mayor of Bradford, Councillor Zafar Ali, who also lit the main memorial candle. Students from Grange Technology College provided moving poetry readings, and other speakers at the event included representatives from the Bradford Synagogue, the Bradford Hate Crime Alliance and the Bradford Rohingya Community. Candles were lit for Bradford’s Jewish community, hidden Jewish child survivors and their rescuers, and victims of the Holodomor in Ukraine and genocides in Cambodia, Rwanda, Bosnia and Darfur.

‘Home’ usually means a place of safety, comfort and security. The poignant ceremony provided attendees with an opportunity to reflect on what happens when individuals, families and communities are driven out of, or wrenched from their homes, because of persecution or the threat of genocide, alongside the continuing difficulties survivors face as they try to find and build new homes when the genocide is over.

Dennis Rowe, one of the event organisers and a project officer in Bradford Council, commented on the ceremony:

‘I continue to refer to the event and I feel honoured to be one of the organisers. I met some beautiful people with moving testimonies that left me humbled by their stories and experiences, which I have passed on to family and friends.

‘I have learned that the lessons from the past are destined to be repeated if we are not continually vigilant. With the tide of nationalist politics, xenophobia and extremism rising, it's important now more than ever that we continue to remember and support HMD.’