Berge Kanikanian was born in England in 1968, and has learning difficulties. He was inspired to make a film about Aktion T4, the Nazi programme which attempted to murder German citizens who had mental or physical disabilities. He tells us about his Journey.

I wanted to go out there and improve lives for people with Down’s syndrome and other disabilities. 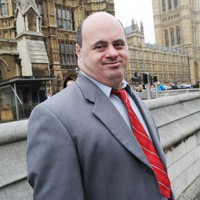 My family has lived in England for the last 50 years. My father is Armenian and my mother is Assyrian. My sister Anita and I were born in England. I was brought up in Ealing, west London.

I was bullied by a man when I was working in an office. He did things like pull my hat off. He had no respect for me because I had a disability. I told the police and they asked me to identify him. I was very pleased with the police response. The man was breaking the law and the Human Rights Act.

I took a leadership course for people with disabilities. This was excellent, we did training workshops on speaking up for yourself and learning about what we were really good at. We learnt from other people who had carried out projects and talked with one of the leaders about hate crime and the Holocaust. I met Penny, who had knowledge about the Holocaust and helped me do some research, as I wanted to make a film. She also had a good list of contacts who could help me get the Holocaust film project started.

After taking the leadership course, Berge was inspired to make a film about Aktion T4, to raise awareness of the Nazi persecution of people with disabilities. He travelled to Germany and Poland to the persecution sites, and met local people. Here he explains why he made the film and what he hoped – and still hopes – to achieve.

It was very interesting to hear about Aktion T4, I felt very proud to do the research and make the film. When we visited Germany, a historian was talking to me about T4, she had very good English. I would like her to come to London for the launch of my film and talk to college students so they understand about T4.

Some parts of the film are difficult for people with learning disabilities to understand as the people we interviewed in Germany and Poland didn’t speak in English and they are subtitled in the documentary. When we were filming, these interviews were long and boring for me! But when they were translated I loved their comments.

I’ve had a lot of support, people who’ve helped me to learn things and I’ve learned how to do good presentations.

I want to raise awareness amongst politicians of all parties. I want a lot of people to understand that people with disabilities can have a better quality of life, more opportunities and more time to do different activities.

I have never been to Armenia but I would also like to visit and learn more about the atrocities that occurred there between 1915-1918. A lot of Armenians suffered, I was really shocked and sad to learn that some people have little or no education of the events. In my heart I also want to do something to raise awareness of the atrocities in Armenia. How were so many people killed, why did this happen? I’d like to go to Armenia to find out the causes and take a film crew there. 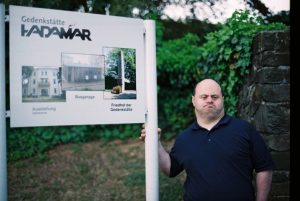 Berge at Hadamar, the former site of a T4 Killing centre, now a memorial.

It is estimated that close to 250,000 disabled people were murdered under the Nazi regime. Under a secret plan code named T4, after the address of the programme’s central office at 4 Tiergartenstrasse Berlin, records of disabled people were examined by experts who decided whether individuals should live or die.

Those selected to die were murdered by injection or by gas inhalation in ‘shower rooms’ in at least six euthanasia centres.

You can read more about the Nazi treatment of disabled people here.

Berge would like to thank Caireen Piper, Tony Minott and Matt Coulam from Ealing Mencap, and James Hills, the Director who shot and edited the film, as well as Accession Social Enterprise which has assisted with funding, marketing and setting up Berge’s social enterprise.

This resource has been produced with the support and co-operation of: 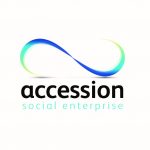