A group of survivors of the Holocaust and recent genocides sign an open letter calling on everyone, particularly MPs and Peers, to consider the impact of their words, at a time when there is so much hate and division in the world. 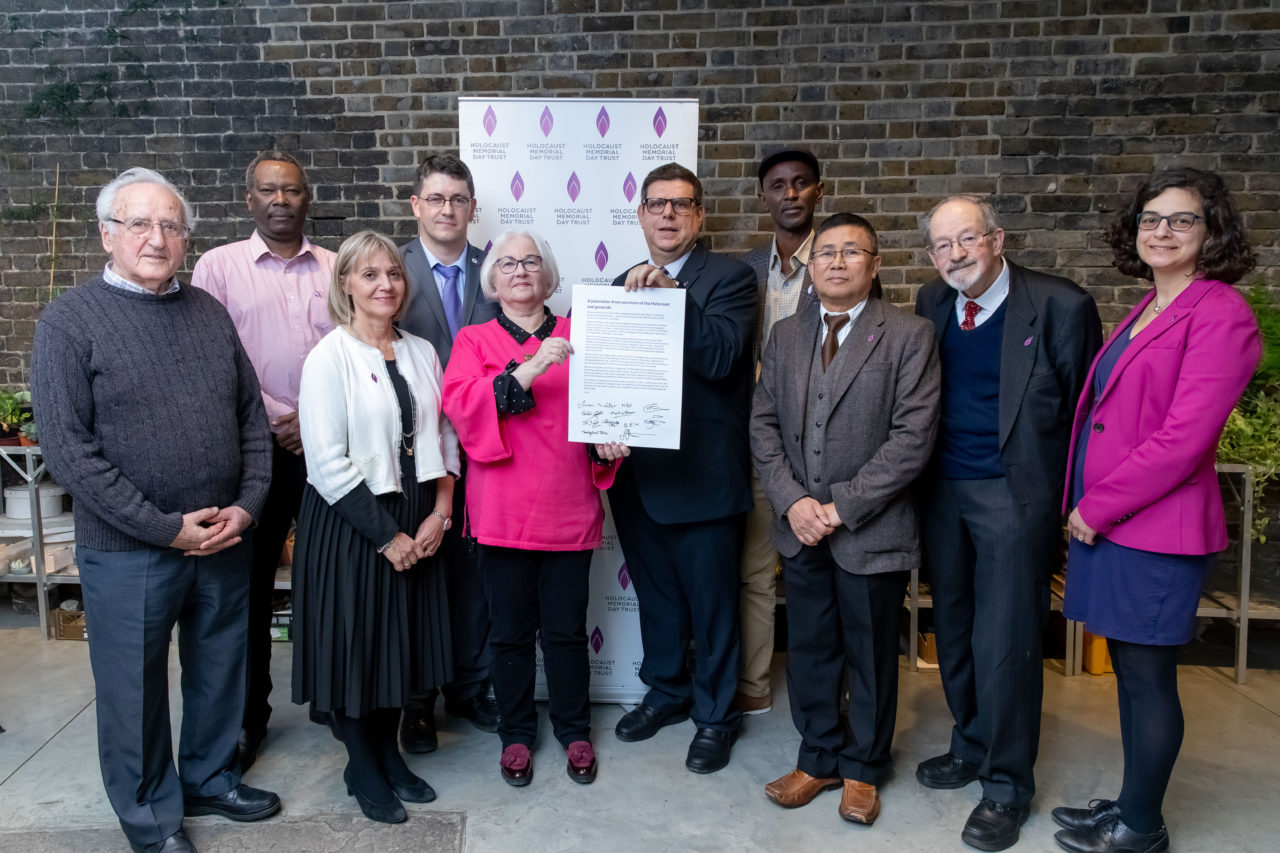 We are a group of survivors of the Holocaust and recent genocides in Cambodia, Rwanda, Bosnia and Darfur – and we are writing this open letter because we look around us, and we are concerned.
Incidents of hate crime in the UK are rising at a frightening rate. Dangerous divisions are being formed in our society and fuelled by extreme and polarising language by those in positions of power, all serving to make an uncertain environment increasingly volatile. We are living witnesses to what can happen if this vitriolic public discourse is not recognised, challenged, and halted.

Each of us has experienced identity-based hostility first-hand from the genocidal regimes which persecuted us. History has shown how division and hate have fractured societies by marginalising particular groups, creating an ‘other’ of them. We’ve felt horror and fear bear down on our communities. We’ve seen these seeds of division become engrained in identities and what starts as name-calling becomes licence to maim and murder.

We know what can happen when hate and division is allowed to go unchecked and we believe we all have a responsibility to stop it in its tracks. That is why, ahead of this Holocaust Memorial Day – marking the 75th anniversary of the liberation of Auschwitz-Birkenau and 25th anniversary of the Genocide in Bosnia – we are asking everyone to think more carefully about their use of language.

We call on our MPs and Peers, in particular, to think beyond their political point-scoring to the true and long-term impact of their words. We call on them to lead by example, take responsibility for their use of language, and make a positive choice not to use words with dangerous potential to inflame tensions for a brief moment of political effect.

Our society is divided and words alone will not reunite us. But in calling upon those with the power to change the debate to pay more attention to the language that they use, we hope we can help create a kinder, more respectful climate in which those divisions can start to heal.