Survivors of the Holocaust and subsequent genocides have thanked the Prime Minister for inviting them to a reception at 10 Downing Street to mark Holocaust Memorial Day. 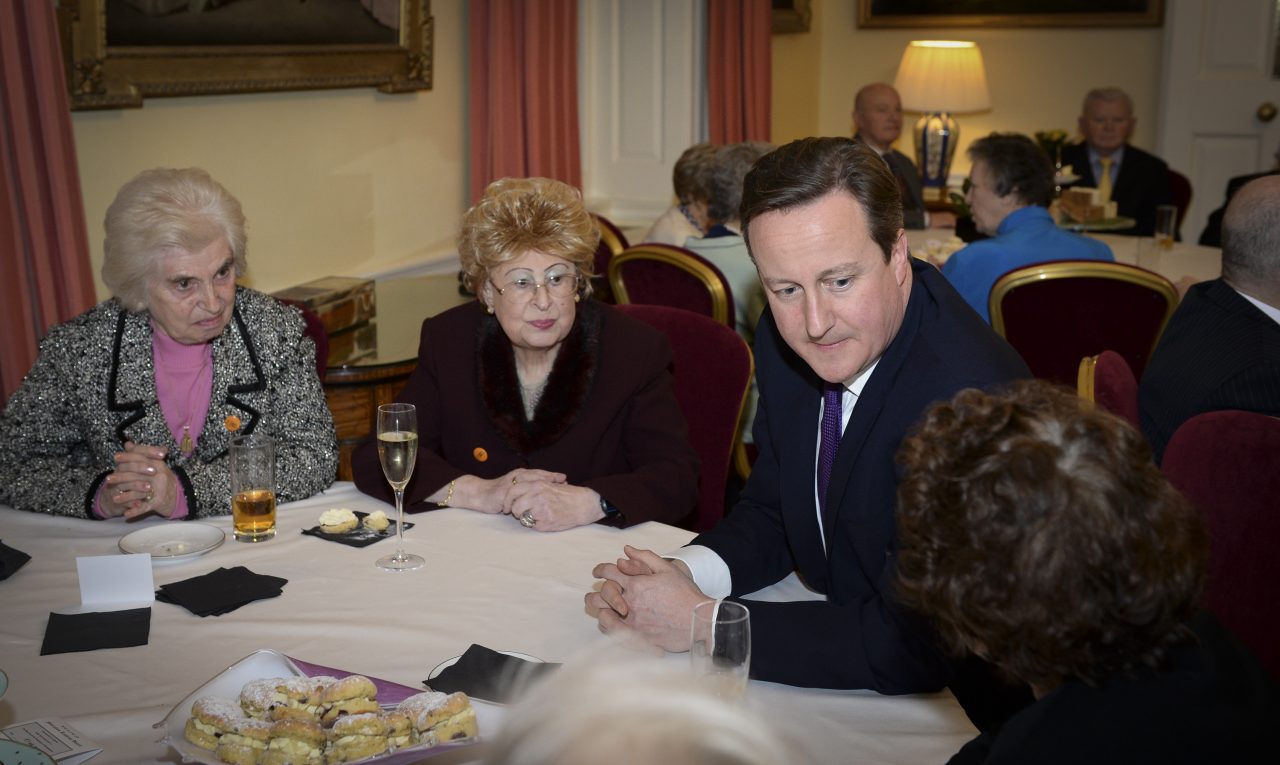 The reception came at the end of a day of commemoration across the UK, including a launch event at King's Cross Station and the formal UK Commemorative Event in Westminster.

Speaking at the reception, Prime Minister David Cameron said: ‘Having 50 Holocaust survivors here tonight make me incredibly proud to be Prime Minister of a nation with such extraordinary people in it.

'The bravery they show by going to colleges and communities and talking about the Holocaust takes my breath away.

'It would be so easy to want to forget and to stop thinking and talking.

'It makes me realise what a sacred task the Holocaust Commission has to carry out.

'It is so important because there will be a time when it won’t be possible for survivors to talk about their experiences and make sure we learn the lessons.

'The task is to work out how we are best going to educate and commemorate the Holocaust.

'We need to make sure that in 50 years’ time, in 2064, it is as vibrant and as strong a memory as it is today with all of these survivors standing here in this room.

'The Holocaust Commission, this government is ready to help, and politicians of all parties are ready to help – we will not let the survivors down.

'We will make sure we commemorate these dreadful events, and make sure that here in Britain no one ever forgets what happened so we can swear together: never again.’

Janine Webber, a member of Jewish Care’s Holocaust Survivors' Centre, said: 'As a Holocaust survivor I am very touched by the invitation to No 10 Downing Street.

'I am pleased that the Prime Minister has chosen to support Holocaust Memorial Day and show his commitment to remembering the atrocities of the Holocaust and other genocides.

'We need to be reminded of what can happen when human beings forget their common humanity.'

'It is a huge honour that the Prime Minister has chosen to join thousands of HMD activity organisers across the UK by holding his own reception and inviting survivors of the Holocaust and of subsequent genocides to Downing Street as his guests.'

Karen Pollock MBE, Chief Executive of the Holocaust Educational Trust said: 'Holocaust Memorial Day is an opportunity to remember the millions of victims of the Holocaust and indeed of subsequent genocides.

'We must ensure young people are educated about the past and shown where racism can ultimately lead – we are grateful to the Prime Minister for his personal commitment to this cause and delighted that he has honoured Holocaust survivors at his Downing Street reception today.'