To celebrate Her Majesty The Queen’s Platinum Jubilee and the lives that survivors of the Holocaust and recent genocides have built in the UK during her reign, we hosted a special tea party for Holocaust and genocide survivors. 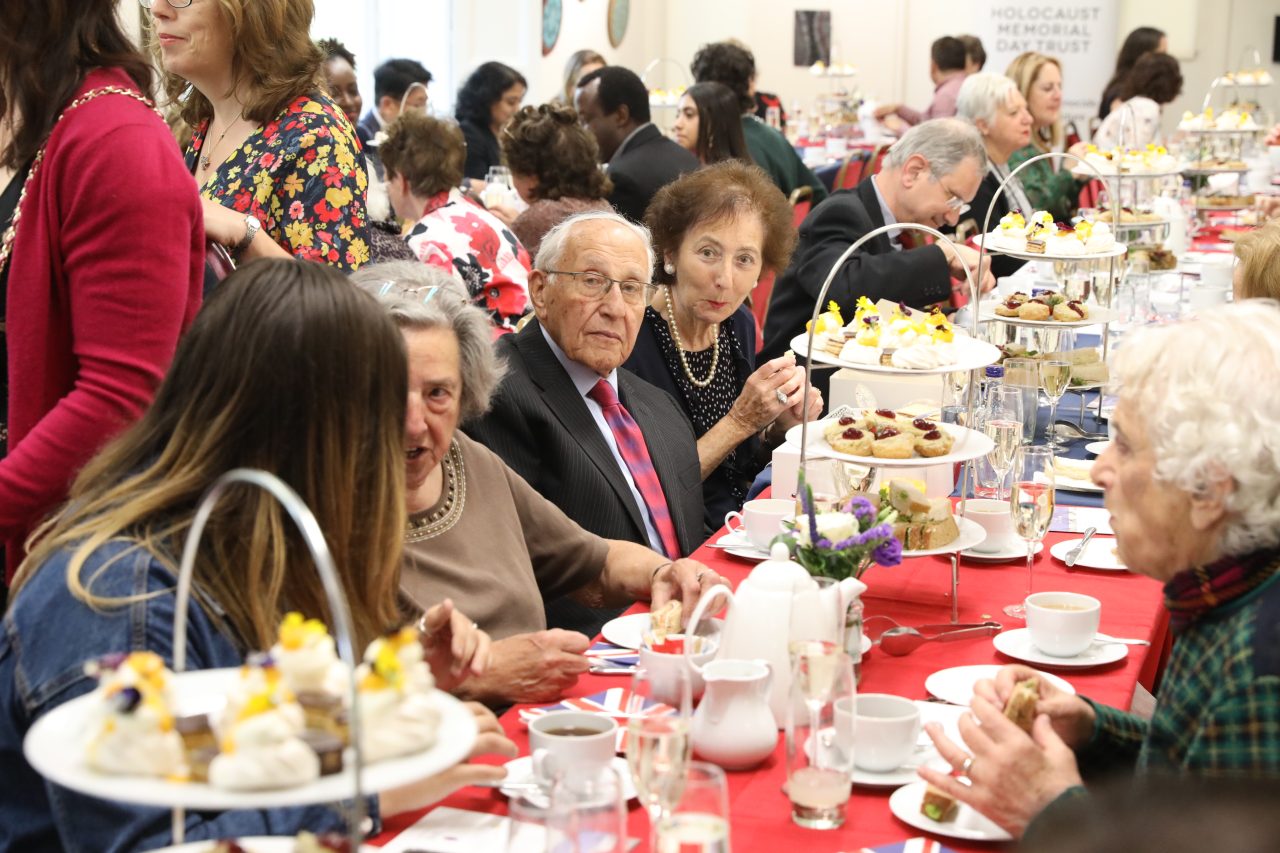 Guests gathered at a beautiful venue in North London to be treated to a traditional British tea party. There was more than just tea and cake as survivors shared their personal experiences against the backdrop of Her Majesty’s remarkable reign.

Amongst the survivors we heard from were Ivor Perl BEM who was liberated from Auschwitz in 1945 at the age of 13 and Antoinette Mutabazi who was just 12 when she witnessed unimaginable horrors during the genocide against the Tutsi in Rwanda.

Ivor reflected on the welcome he received in the UK:

When you mention the Queen, my mind goes back to a time in the 1960s when the national anthem used to be played in cinemas. I always looked forward to hearing God Save the Queen and was a bit upset when cinemas stopped playing it! 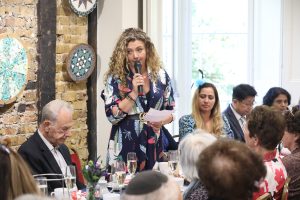 When I arrived in Britain in 1945, it felt like heaven! I just couldn’t understand how people could be so nice. One of the best moments of my life came in 2015 when I was awarded a British Empire Medal on the 70th anniversary of the end of World War Two.

We were delighted that Louisa Clein, a second generation survivor and the actress best known for portraying Maya Stepney in ITV soap Emmerdale, joined us to speak to survivors. And Robert Voss Esq CBE, Her Majesty’s Lord-Lieutenant of Hertfordshire, gave a response on behalf of Her Majesty The Queen.

Her Majesty the Queen has not only honoured individual survivors but also sent a loud message of the value of Holocaust and genocide commemoration and education. For many survivors, she’s a symbol of the warm welcome they’ve found in the UK.

See photos of the tea party in our gallery below: