We are deeply saddened to hear about the death of our friend, Otto Deutsch. 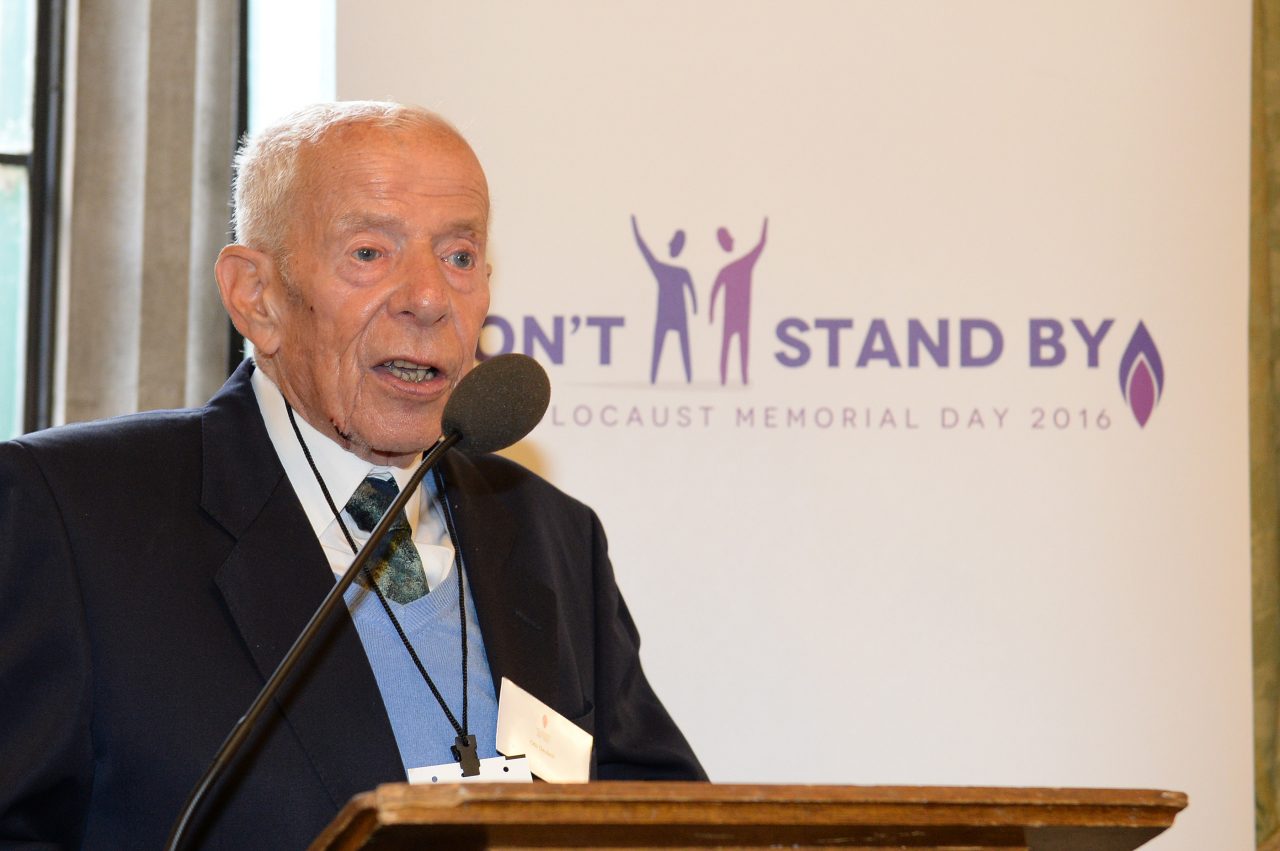 Otto was a remarkable man who selflessly shared his experiences with others. Memories of having to leave his family behind stayed with him throughout his life – at the UK Ceremony for HMD 2015 Otto said ‘I never saw my father again. I miss him now as I did then’.

The staff and trustees of the Holocaust Memorial Day Trust will be forever grateful for his dedication and commitment to ensuring we all learn from the past to create a safer world today.

Otto was born on 12 July 1928 in Vienna into a Jewish working class family. After the Nazis rose to power in 1933 he witnessed a rise in antisemitism in Austria.

One of Otto’s strongest memories of his childhood was Kristallnacht, known as the Night of Broken Glass, which took place on 9 – 10 November 1938. On this night, his father was betrayed by a member of the Hitler youth, who were led by his next door neighbour – Otto‘s father’s best friend. At the Holocaust Memorial Day Ceremony in 2015, Otto said: ‘What shook me most of all is that they were led by the very same man whom I called uncle’.

In 1938, Otto managed to leave Austria and travel to the UK on the Kindertransport. His family however, sadly perished. When he arrived in England, Otto could not speak English and faced many challenges adapting to his new life. A catholic family near Newcastle took Otto in and treated him very well.

Towards the end of his life, Otto spoke to many schools and groups across the country to share his story.