In the second of his blogs on the theme Stand Together, Dr Martin Stern MBE, a survivor of the Holocaust, discusses the true meaning of Standing Together in past and present times. 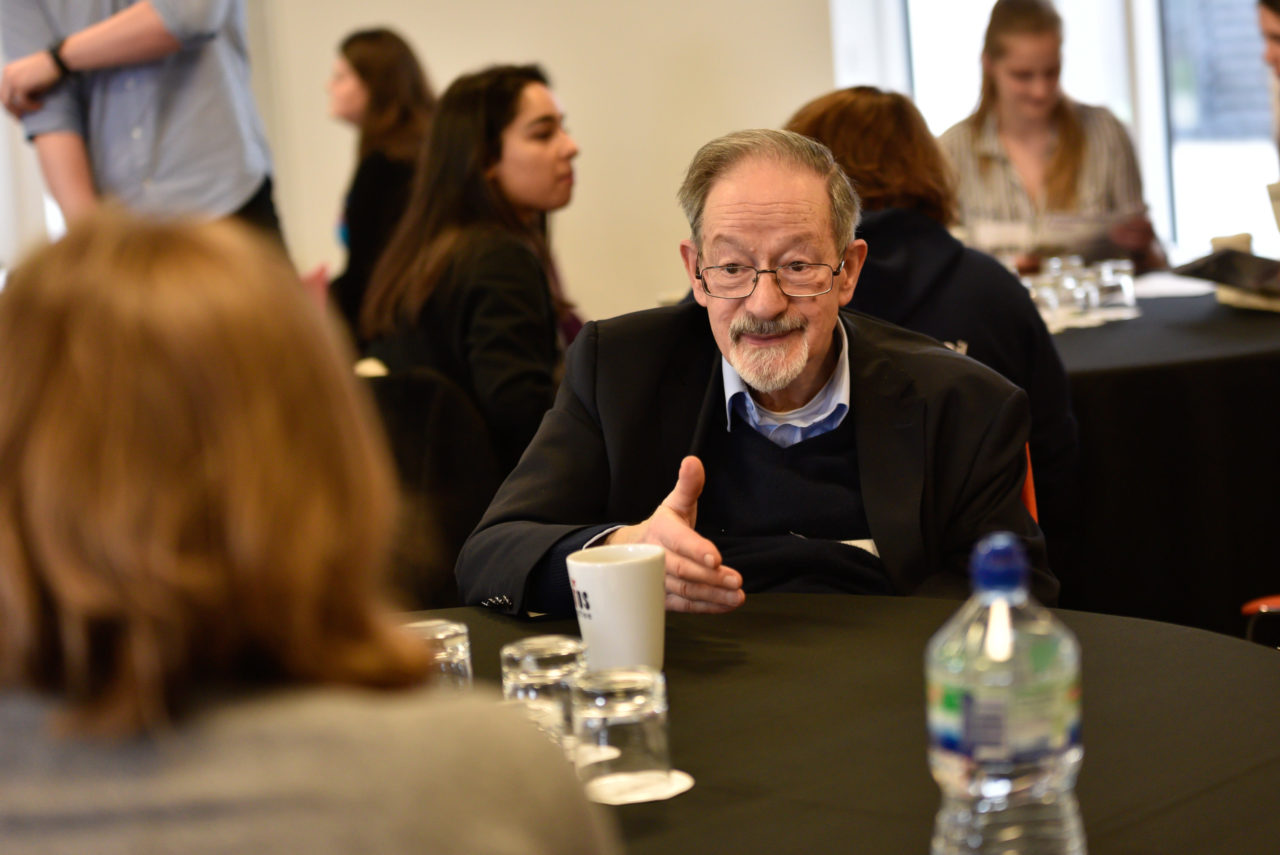 ‘Stand Together’. This year‘s Holocaust Memorial Day Trust theme in the UK is one most people endorse. But in every country where mass persecution and mass murder has happened a few stood with targeted individuals and the majority did not. Most were ‘bystanders’ and a minority perpetrators. Would Britain have been so different if Nazi invasion plans had succeeded? We know the answer. In the Nazi-occupied Channel Islands people acted much like people in nearby Nazi-occupied countries. Human beings are human beings.

David Aaronovitch, in The Times on the first of January, wrote thought-provokingly on how ‘We can never be sure we’d be the good guys’. He is right.

The Holocaust was initiated and led by the country of the Viennese waltz and the country of Beethoven. Both considered themselves the leading countries of civilisation and culture. Both descended to ultimate evil. They perverted modernity. They shattered the conviction that the progress of which they and we were so proud will of itself produce a better world.

After the Holocaust a Jewish lawyer, Rafael Lemkin, sacrificed everything to get the crime of genocide proscribed in international law. He had tried before the Holocaust but now the nations were willing to listen and at least pretend to act, to an extent. This was progress though peoples all over the world have bitter reason to regret its inadequacy. So a Jew, propelled by the tragedy of Jews, got a law created intended to protect all peoples, not only Jews. He stood together with all human groups, not just his own.

Jews have been extraordinarily prominent among researchers investigating why genocides happen and why individuals take part. Not just against Jews but against any human group. Application of this knowledge lags behind but for sure knowledge is a better base for progress than ignorance. In the aftermath of horrific violations of medical principles under Nazism, Jews have been leaders in advancing medical ethics for everyone.

Standing with victims is harder than we imagine in peaceful times. In Poland someone found hiding a Jew was liable to be shot on the spot. Even in the Netherlands where one’s death was far less likely, though not unknown, circumstances could be very frightening for non-Jews too and it behoves us to be more understanding of those who chose to keep their heads down, keep their job, and in the process, allow the Nazi occupiers to milk the Dutch economy. Augmenting one’s earnings by being a Jew-hunter is of course another matter.

Does telling people to ‘stand together’ make a difference? On its own, I’d be surprised. But if it is part of a much wider education on how to live peacefully with others who differ, it is surely much better than teaching schoolkids that people of another human group are inferior.

Despite horrors which continue, mankind has become less murderous and less violent over time. This has to be due to changing culture and education. The Holocaust Memorial Day Trust is dedicated to that education.

Read the first of Martin Stern's Stand Together blogs, in which he describes how people risked their lives to Stand Together with him and his family during the Holocaust.