Clare Lawlor, from the Imperial War Museums (IWM), shares the story of a red jumper that makes up part of the new Holocaust Galleries at IWM London. She explains what this simple artefact can tell us about a young woman’s experiences during the Holocaust. 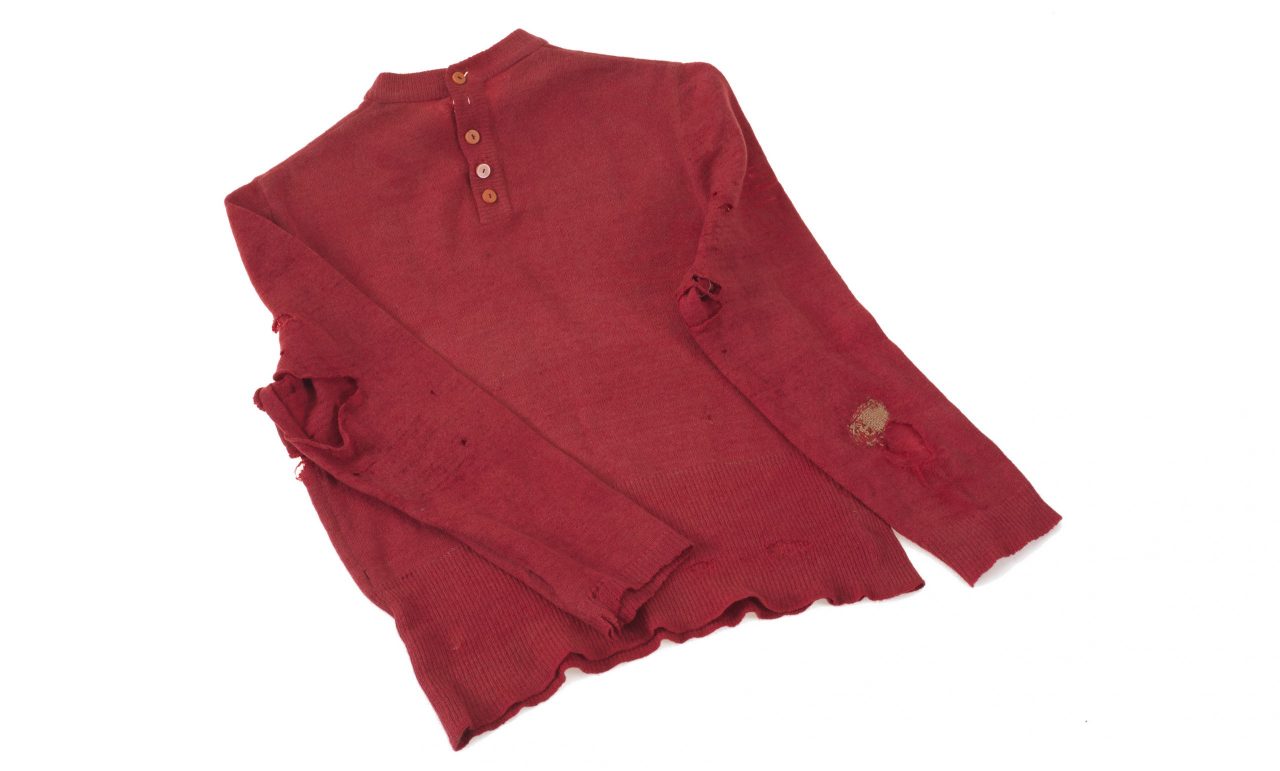 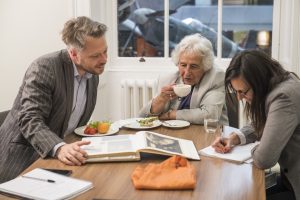 On 20 October 2021, IWM London’s new Second World War and The Holocaust Galleries opened to the public. Survivor Anita Lasker-Wallfisch had heard our plans for the galleries and allowed us to copy dozens of her photographs showing her family life before the war. She had also told us how she wished her jumper to be displayed: ‘with the sleeves showing; the sleeves must be shown.’

Having produced IWM’s new Holocaust Learning Programme for secondary school students, I had spent some time with Anita. Not face to face or even on the phone, but figuratively, through her jumper. 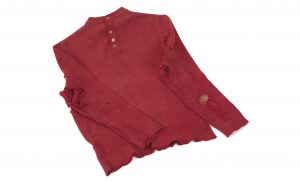 The first thing you notice about this piece of clothing is the colour. Displayed alongside the eerily familiar striped concentration camp uniforms, Anita’s jumper by contrast is a bright pinkish red. On closer inspection you start to see the patches of re-stitching in a contrasting beige coloured yarn, attempting to control the loose woollen threads that surround the large holes left in the fabric. How did Anita come to own this jumper? Why is it in a state of both repair and such disrepair? This object urges you to unravel the threads of Anita’s story in order to find out more about what happened. Students engaging with the new Holocaust Learning Programme are given the opportunity to do exactly that. Using innovative digital technology, students explore The Holocaust Galleries with a specially designed Holocaust Learning device. 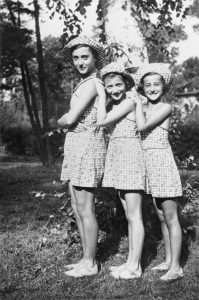 As students enter the first room of The Holocaust Galleries they are presented with a multisensory display about the broad spectrum of Jewish life. Through the learning device, students are given the choice to focus on an individual’s story; one of these is Anita’s. Those following Anita learn that she was born in 1925 and lived with her parents, Edith and Alfons, and two older sisters, Marianne, and Renate, in Breslau, Germany. Anita’s mother was an excellent violinist and encouraged her to play a musical instrument from a young age. Anita took up the cello. This would eventually save her life.

Visitors to the galleries don’t meet Anita again until much later, when her experiences of Auschwitz-Birkenau are told in the section about slave labour in concentration camps. Anita’s story is told through her red jumper. Students that chose Anita’s story in the first room of the galleries are directed to find her jumper. They learn that Anita was sent to Auschwitz-Birkenau at the age of 18, where she was recruited into the women’s orchestra at the camp as the cellist. She was forced to play upbeat marches as prisoners walked in procession to and from work and for the SS. Anita’s role in the orchestra meant that she was given extra bread. She exchanged some of this bread for the jumper now on display and wore it both day and night to protect herself against the harsh winter – hidden underneath her camp uniform. She continued to wear it in Bergen-Belsen from where she was liberated in April 1945.

Important days feature in everyone’s lives, whether they know it at the time or not. The day that Anita decided to pick up a cello for the first time, the day that she exchanged her extra bread for a jumper and the day she decided to donate her jumper to IWM, have all led to us being able to engage students with her story in The Holocaust Galleries.

See more photos of Anita and the exhibition in our gallery below. 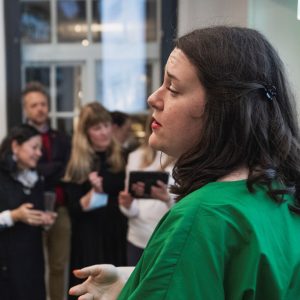 Clare Lawlor works in Public Engagement and Learning at Imperial War Museums. You can follow her on Twitter @_Clare_Lawlor.

Our blogs highlight topics relevant to our work in Holocaust and genocide education and commemoration, including identity-based persecution today. We hear from a variety of guest contributors who provide a range of personal perspectives on issues relevant to them, including those who have experienced state-sponsored persecution and genocide. The views expressed are exclusively those of the author and do not necessarily represent the views of HMDT.