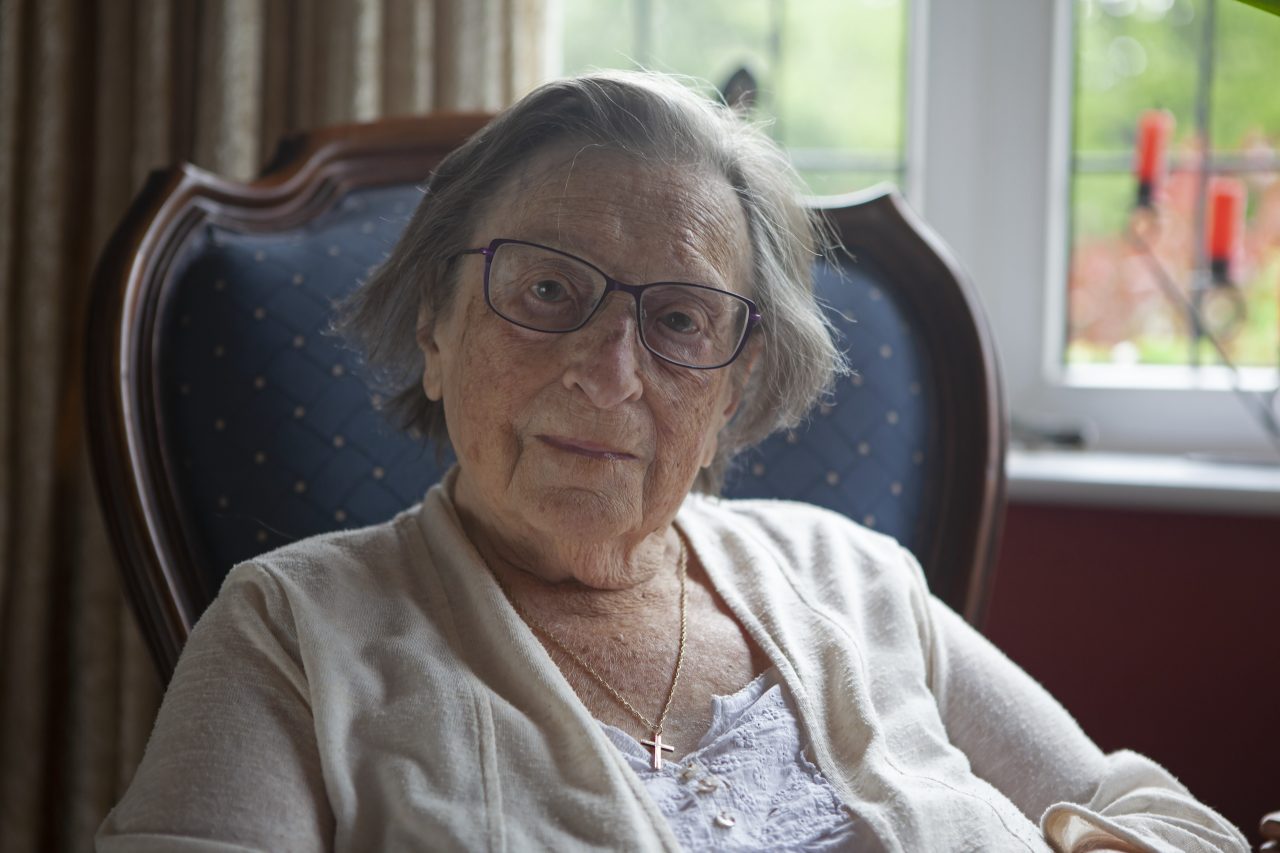 We are proud to have worked in partnership with Royal Photographic Society (RPS), Jewish News, Imperial War Museums (IWM) and Dangoor Education to create an exhibition of photographs of Holocaust survivors and their families.

Generations: Portraits of Holocaust Survivors opens today at Imperial War Museum London and will be on display until 7 January 2022. It features over 50 contemporary portraits from 13 photographers, all members and Fellows of RPS, alongside photography by RPS patron, Her Royal Highness The Duchess of Cambridge.

Displayed for the very first time, these powerful photographs capture the special connections between Holocaust survivors and the younger generations of their families. The exhibition is a celebration of the rich lives Holocaust survivors have built in the UK and the special legacy their children and grandchildren will carry into the future.

Yvonne Bernstein, by HRH The Duchess of Cambridge, © IWM

This project started when Her Royal Highness The Duchess of Cambridge took photos of two survivors back in 2020 – Yvonne Bernstein and Steven Frank BEM. Speaking at the time, the Duchess said:

‘It was a true honour to have been asked to participate in this project and I hope in some way Yvonne and Steven’s memories will be kept alive as they pass the baton to the next generation.’

Our Chief Executive, Olivia Marks-Woldman OBE, highlights the importance of the exhibition:

‘We are absolutely delighted to have co-ordinated this project and thank the many individuals and organisations involved. The photographs on display at IWM are simply stunning and a fitting tribute to the resilience and fortitude of survivors in the face of adversity.

‘Today, it is our collective responsibility to commemorate and learn about the Holocaust and its dehumanisation of people simply because they were Jewish. This exhibition celebrates individual humanity through powerful portraits and will be a lasting legacy, seen by millions of people.’

‘With strict Covid rules in place, I was concerned about how to photograph Holocaust survivor Zigi Shipper and 19 members of his family. But I needn’t have worried because his daughters organised the family into groups of no more than six adults to arrive every 20 minutes during the afternoon and then leave. The mood of the session was so joyful as they all hugged Zigi.

‘A talented graphic artist stitched my six photographs into a happy group picture that tells the story of how Zigi, who survived the horrors of the German death camps, was able to share precious time with his family who clearly bring him so much happiness.’

Martin Stern MBE, survivor of the Holocaust and photographed by Simon Roberts, said:

‘The IWM should educate about war in all its aspects, since war unfortunately remains part of reality. The Holocaust is the extreme and best studied example of mass horrors which occur under cover of war. With the Holocaust Memorial Day Trust I endorse this exhibition of individual faces of Holocaust survivors and descendants which makes us mindful of Jews and others massacred horrifically in pursuit of a conspiracy theory. Education which omits learning about this side of humanity is incomplete.’

You can book advance tickets to see the exhibition below.