On the night of 2/3 August 1944, the ‘Gypsy Family Camp’ (The Zigeunerlager) at Auschwitz-Birkenau was liquidated. 2,897 men, women and children of Roma or Sinti origin were murdered in the gas chambers by Nazi officers. Their bodies were burned in pits.

Of the 23,000 Roma and Sinti people imprisoned within the camp, it is estimated that around 20,000 were ultimately murdered. The anniversary, often referred to as Zigeunernacht, is an opportunity to remember the Roma and Sinti people murdered under the Nazi regime, and is now marked as Roma Genocide Remembrance Day.

The Porrajmos (‘the Devouring’), is the term used to describe the Nazi genocide of Europe’s Roma and Sinti population, who were targeted for total destruction. Historians estimate that between 200,000 and 500,000 Roma and Sinti people were murdered by the Nazis and their collaborators. Many more were imprisoned, used as forced labour or subject to forced sterilisation and medical experimentation.

My father was seven or eight when he was deported. His brother and sister Josef and Róza survived with him. He told us how they looked through the window when their parents and elders were taken to the gas. Twenty-five members of their family were marched away – they turned back to say goodbye.

Despite the atrocities committed against Roma and Sinti people by the Nazis, their experiences were only fully recognised by the West German Government in 1981 and discrimination against this community continues today. 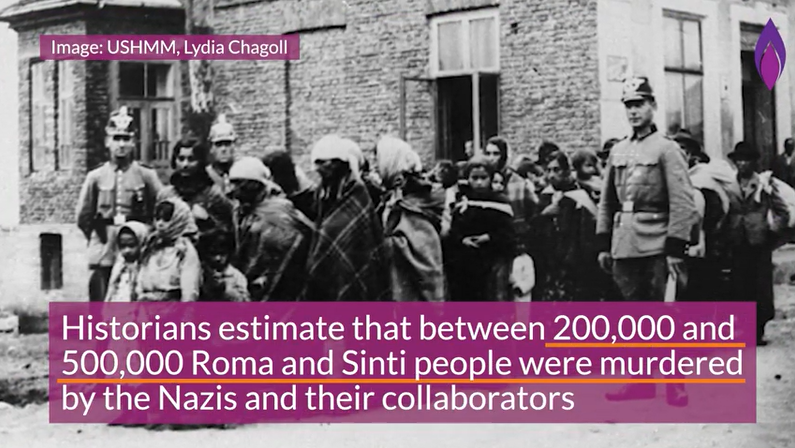 Europe’s Roma and Sinti people were targeted by the Nazis for total destruction. Learn more about this in our film. 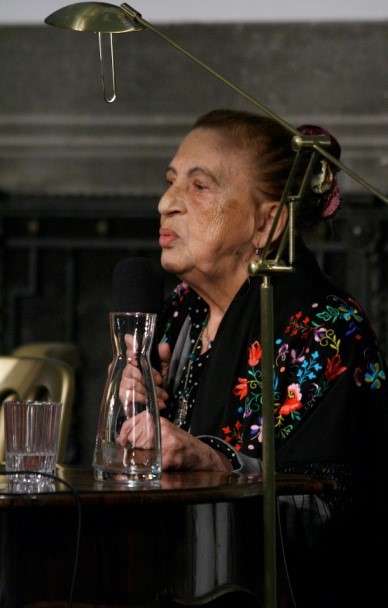 Ceija was a Romany Gypsy who was persecuted by the Nazis. She was deported with 200 members of her extended family to Auschwitz where most of them were murdered upon arrival.

Learn more about Auschwitz-Birkenau's Gypsy Family Camp in this blog by Rainer Schulze, a Professor of Modern European History at the University of Essex.