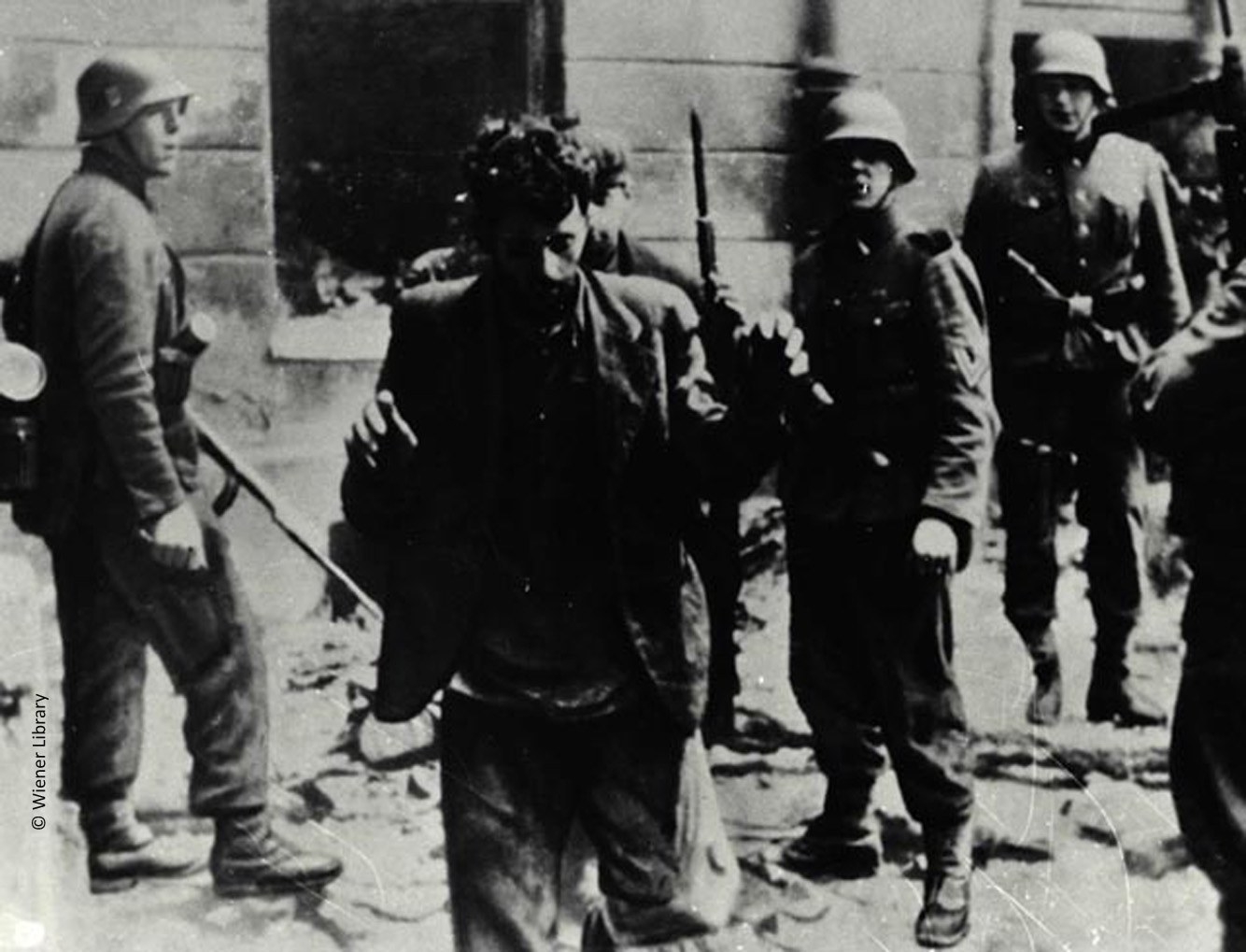 The uprising was organised by the ŻOB (Żydowska Organizacja Bojowa or Jewish Fighting Organisation), which was led by 23 year old Mordecai Anielewicz. The ŻOB had been formed in the Warsaw Ghetto and comprised several different Jewish Movements and groups. It called for the Jewish inhabitants of the Warsaw Ghetto to resist being rounded up and taken to death camps and concentration camps.

When the Nazis entered the Warsaw Ghetto to liquidate it (destroy the ghetto and murder or remove all those inside)  approximately 750 ŻOB fighters fought the well-armed and trained soldiers. The revolt lasted for just under a month, until 16 May 1943, when ŻOB fighters were finally defeated.

More than 56,000 Jews were taken from the Warsaw Ghetto during the ‘liquidation’. 7,000 were shot upon capture and the remaining 49,000 deported to concentration camps. Most of the ŻOB fighters were murdered in the fighting, including Anielewicz.

Esther Brunstein, a Holocaust survivor, recalls hearing the news of the Warsaw Ghetto Uprising whilst living in the Łódź Ghetto:

In April 1943 news reached us about the uprising in the Warsaw Ghetto. How we rejoiced and how proud we were of them! How we longed to have the opportunity to do the same! But alas, in the Lodz Ghetto nothing could be done because of our total isolation from the outside world, although there was talk of it.

Yom HaShoah, the National Holocaust Remembrance Day in Israel, is commemorated on the anniversary of the uprising. 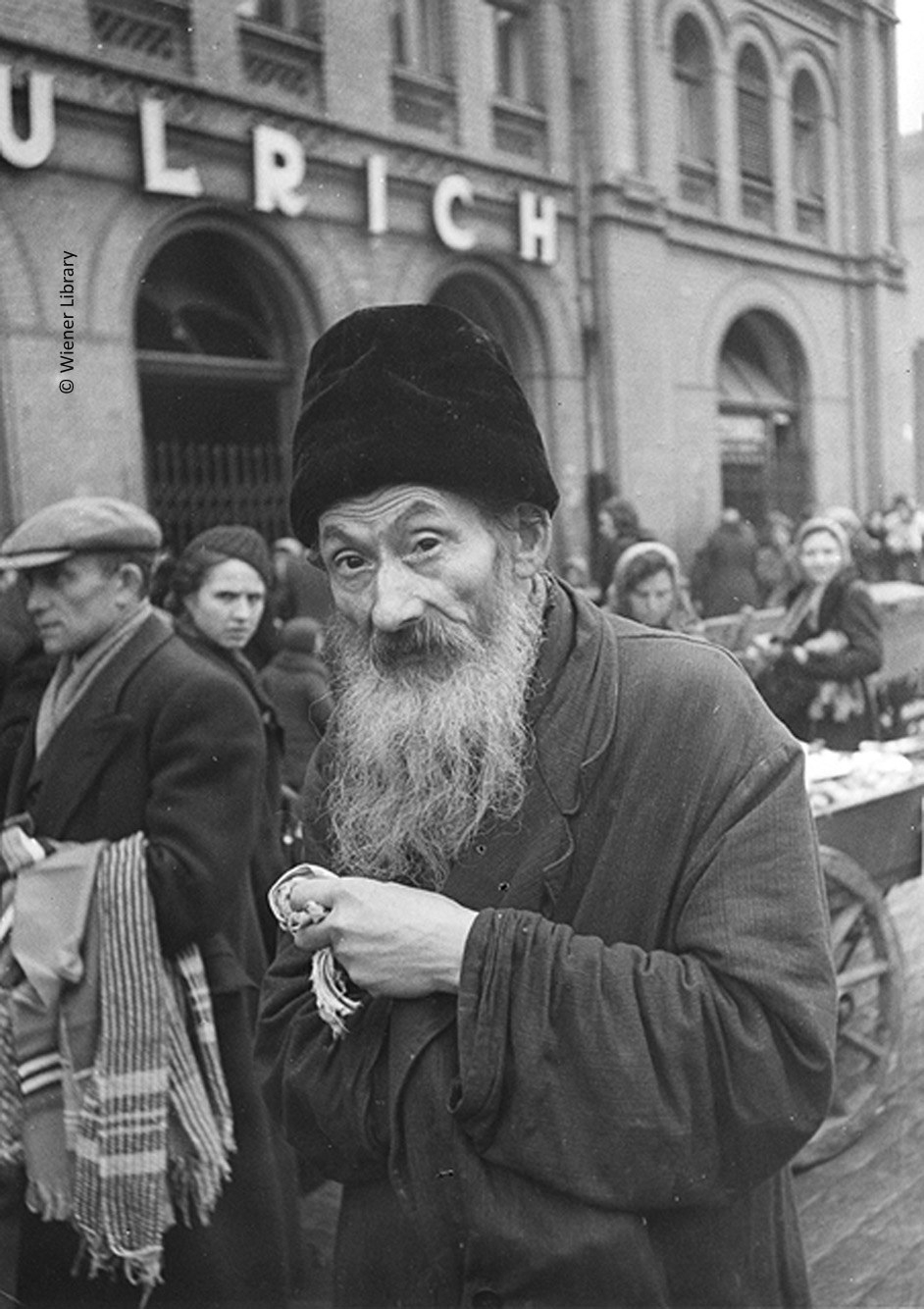 Find out more about Ghettos and the deportation of Jews to extermination camps during the Holocaust. 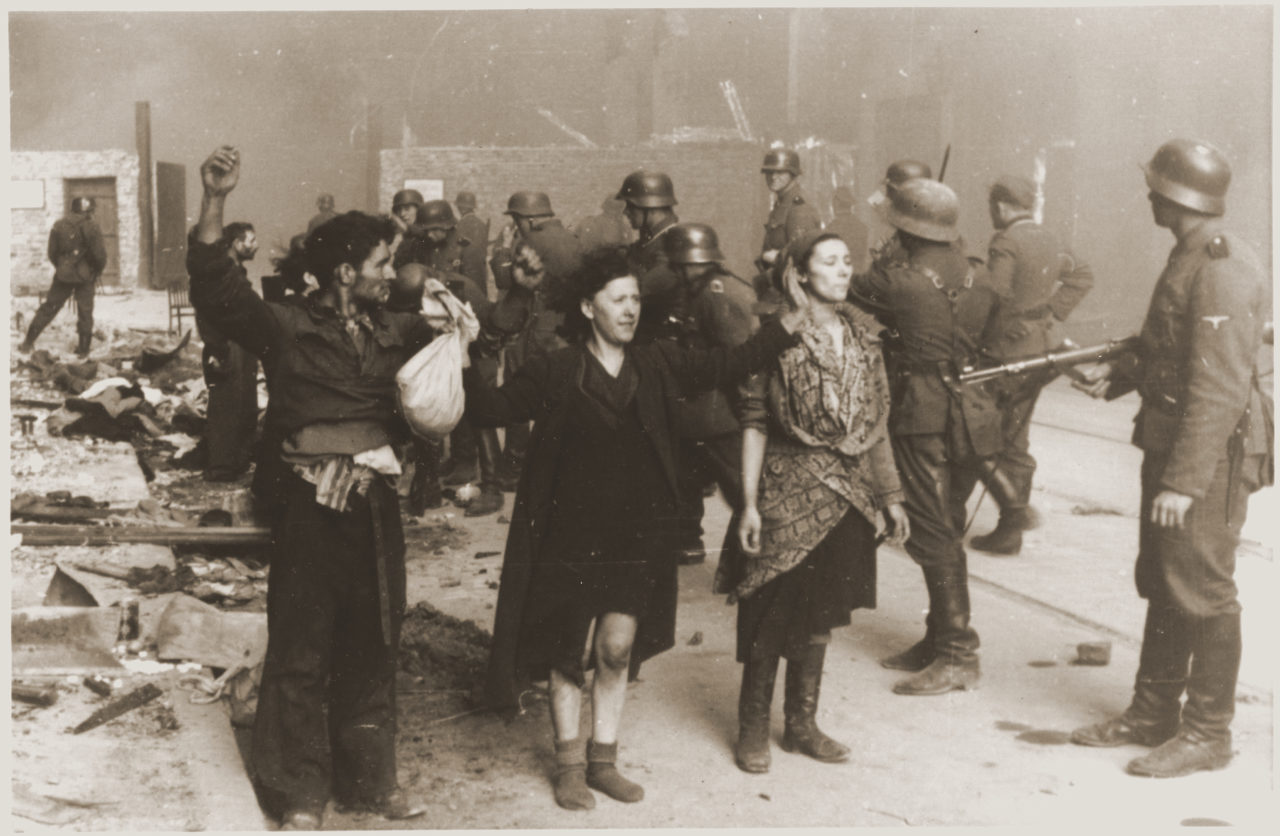 Read more remarkable stories of people who resisted the Nazi regime and rescuers who risked their lives to save Jews during the Holocaust.