Survivors of the Holocaust and subsequent genocides joined politicians and dignitaries at the UK's Commemorative Event for Holocaust Memorial Day in Westminster. 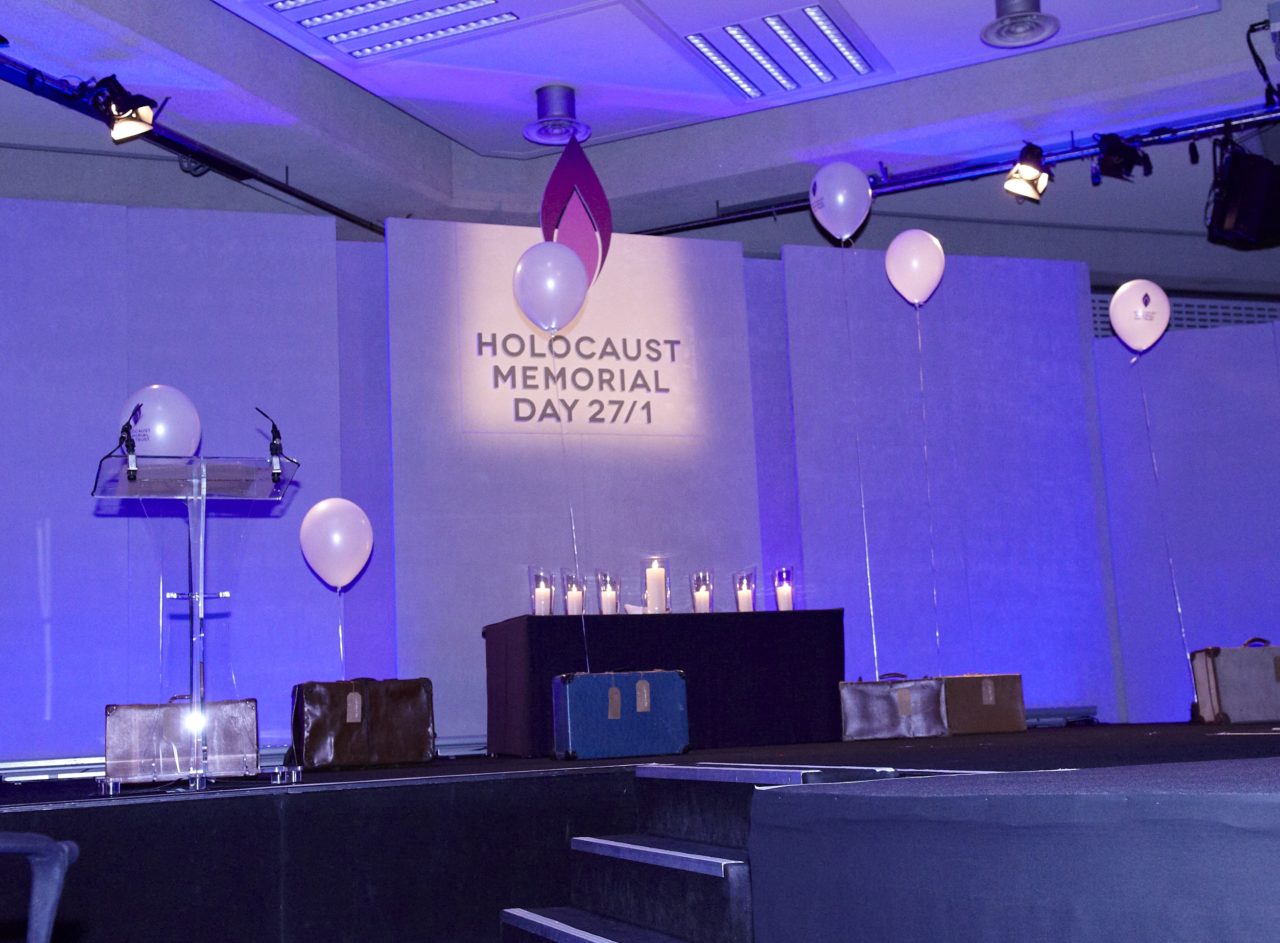 Rt Hon Ed Miliband MP, Leader of the Opposition, spoke about his parents' journeys to the UK to escape the Holocaust. He said: ‘I’m here today to remember those members of my family who were lost in the Holocaust. [...] And in coming here for them, I am here too for the six million other Jews who died, and all the other victims of Nazi persecution. And all of those who’ve been the victims of genocide and crimes against humanity. We honour their memory, we remember their persecution and their suffering and we say never again.' Watch Ed Milliband's speech:

Chief Rabbi Ephraim Mirvis reminded the audience how journeys during the Holocaust and subsequent genocides mostly ended in death: ‘When the Holocaust arrived it did not differentiate between men and women, old and young, religious and irreligious, it affected us all. Six million perished including more than one million children. And when we return to those sites, once thriving areas of Jewish life in Europe, all we encounter are destroyed communities.’ Watch the Chief Rabbi's speech:

Rt Hon Eric Pickles MP, Secretary of State for Communities & Local Government, spoke about survivors' journeys of rebuilding in the UK: ‘Human experience is the best memory [...] Those Holocaust survivors who came to live in the UK have made this a richer and a more tolerant place.’ Watch Eric Pickles' speech:

Watch Sokphal Din speak about his journey of persecution during the Genocide in Cambodia:

Watch Lady Milena Grenfell-Baines speak about her journey of escape on the Kindertransport:

Appolinaire Kageruka, survivor of the Genocide in Rwanda, spoke about his journey of escape:

Kemal Pervanić, a survivor of the Omarska Concentration Camp in Bosnia, speaks about his journey of rebuilding, return and remembrance:

Sir Andrew Burns, the UK Envoy for post-Holocaust issues, spoke about how the UK will be chairing the International Holocaust Remembrance Alliance during 2014: