David Berger was born in 1915 in Przemysl, south-east Poland. He left his hometown when the Germans invaded in 1939 and was shot dead in Vilnius, Lithuania two years later in 1941 at just 19 years of age.

If something happens, I would want there to be somebody who would remember that someone named D. Berger had once lived. This will make things easier for me in the difficult moments. 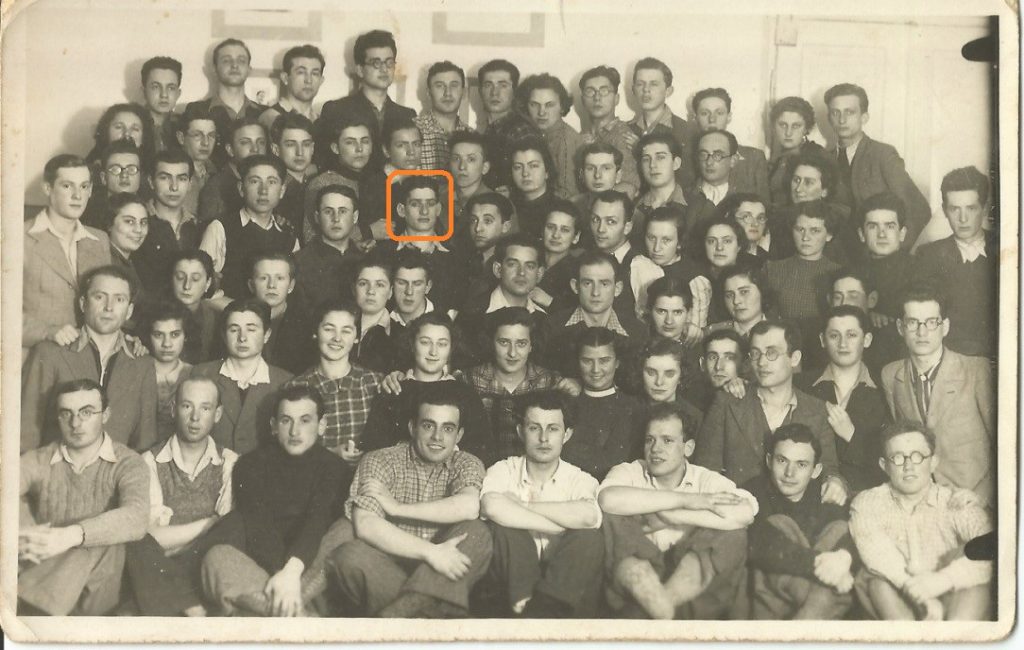 David Berger was born around 1915, in Przemysl, in Southern Poland. He belonged to Akiva Zionist Youth Movement and in 1939 he went to Vilnius, where Zionist youth groups gathered. This group photo was taken in 1940 in Vilnius, and David sent it to his girlfriend, Elza Gross, who had left Poland in 1938 for Palestine.

On 2 March 1941, David sent a postcard to Elza to say goodbye, as he correctly assumed he would not survive. He wrote to her that ‘the worst of it all is the lack of knowledge of when I will return and see you’.

He was shot dead in Vilnius, Lithuania in 1941.

Through the publicising of his story we have discovered more about David, including this image of him. Perhaps the additional information, albeit still limited, can assist us in honouring his wishes and remembering that 'someone named David Berger had once lived'.