On 23 November 1939 Hans Frank, the Nazi Governor-General of occupied Poland, decreed that all Jews in Poland over the age of 10 were to wear a white badge with a blue Star of David on their right arm. 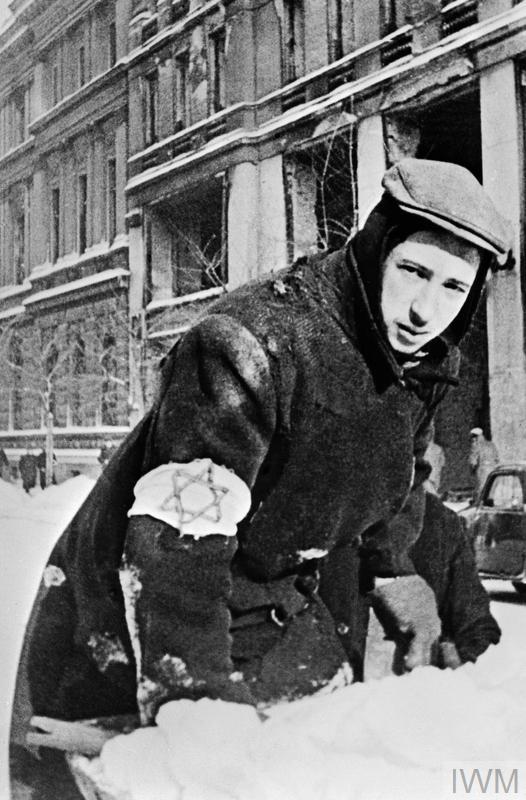 This continued until September 1941, when all Jews in occupied Europe over the age of six were required to wear a yellow Star of David.

The Nazi policy of forcing Jews to wear a star was an act of symbolisation which aimed to divide the Jewish and non-Jewish population. Jews who failed to wear the star risked death, whilst Jews who did wear them were then more likely to become victims of antisemitic attacks and harassment.

As soon as the Germans entered Poland, they began to persecute the Jews. Jews were not permitted to practise their professions, they were not allowed to keep their shops open or walk on the pavement. They soon made us wear a yellow Star of David, pinned on the front and back of our clothes; without it you were not allowed to go out.