Kemal Pervanić is a survivor of the Bosnian War. In his blog he reflects on the process of justice and reconciliation in postwar Bosnia.

The Bosnian war tore apart the very fabric of Bosnian society. Apart from claiming more than 100,000 lives, the war caused very deep divisions which persist to this day. To an unsuspecting visitor things in Bosnia may look fine. However, if they scratch the surface just a little bit they will see its ugly face.

To repair the social fabric Bosnia has had to address two key issues: justice and reconciliation. The pursuit of justice has so far failed to bring the former foes closer to a shared truth about the war, and as the Serb authorities continue to drive towards their wartime goal of separatism it makes the goal of reconciliation seem nearly impossible to achieve. Since the end of armed conflict the main battleground has moved to people’s homes, schools and minds. 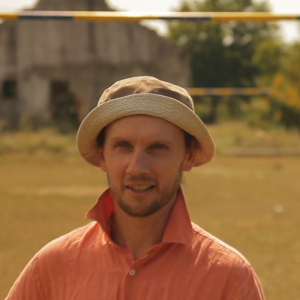 The only form of justice meted out since the end of armed conflict has been against selected individuals who committed war crimes. This form of justice first started at the Hague Tribunal, the International Criminal Tribunal for the former Yugoslavia (ICTY) more than 1,000 miles away from Bosnia. Even then, the number of cases brought before this tribunal was very small, due to the unwillingness of foreign peacekeeping troops to apprehend indicted war criminals, including those at the very top of the command chain. News of the few trials taking place at this war crimes tribunal reached a very small number of people in Bosnia, therefore it has had no real impact on peacebuilding or reconciliation.

Since 2005 the number of domestic war crime trials has steadily grown. Local courts have been processing increasing numbers of war crimes suspects. However, once again most of these cases remain heavily obscure. When news of them comes out the impact it has on the people is one of rejection of the verdicts in the prevailing culture of denial. This leaves many victims with sore wounds as their traumatic war experiences once more become politicised and denied, even after very conclusive trials based on overwhelming evidence of crimes committed. Some of those convicted by ICTY have been released having served two-thirds of their short sentences, increasing the sense of injustice among their victims. This feeling has been growing over the years in the absence of any official reconciliation efforts.

Instead of using facts which came out in these trials to build a solid foundation for reconciliation, nationalistic politicians have embraced and welcomed these convicted criminals following their release as national heroes, even those who have admitted their guilt in court.

Arguably the first acts of justice take place outside a court room. It involves people returning to their pre-war homes, even if the homes no longer stand. It also allows them to commemorate events from their recent past, to reclaim their memories and their past, which was taken away from them mostly through external displacement. The case of my town Prijedor, which witnessed terrible acts of genocide, is one of the worst examples of violation of these rights. Organisations and individuals involved in seeking justice and memorialisation have been hounded by the Serb authorities who criminalise their quest for justice and truth. The most recent discovery of a mass grave in Prijedor, the largest one in the Balkans, has once again exposed these naked truths. No Serb-controlled media outlets have seriously reported about it, further reinforcing the culture of denial and divisions of ‘us’ versus ‘them’.

In the absence of any will by the politicians to address these key issues of postwar peacebuilding, the bulk of reconciliation work is left to grassroots NGOs such as Most Mira which aims to the bridge the existing gaps among the young people. NGOs cannot mete out justice against the crimes committed. Nor can they achieve national reconciliation: that work has to be left to the state institutions. However, the quest for truth is once again left in the hands of NGOs and individuals. Survivors like me feel compelled to fight against denial of the atrocities we survived and which many did not. We feel that a sustainable and lasting peace can only be built on the truth about past wrongs. Until Bosnian politicians take an active lead in this process it is our duty as citizens to continue exposing these truths through personal testimonies, books and films. We hope that our efforts will put pressure on our politicians to make the process of war crimes trials more open and inclusive to the victims, for whom the system of justice in regards to the war crimes remains something of a fog. It is neither tangible nor visible. And reconciliation will remain obscured behind this political fog until our elected leaders take a positive lead by bringing our stories together and building a shared future for all.

Kemal has provided HMDT with three specially edited testimonies from his film, which are available for everybody to watch and for activity organisers to use in their HMD commemorations: Besmina's story, Šero's story and Kemal.