Our prestigious panel of judges, will each be bringing their own areas of expertise and insight to the panel.

Mariama Attah, curator of Open Eye Gallery, is a photography curator, writer and lecturer with a particular interest in overlooked visual histories, and understanding how photography and visual culture can be used to amplify underrepresented voices.

Olivia Marks-Woldman OBE has been our Chief Executive since 2012 and has overseen the growth of Holocaust Memorial Day around the country, and hugely increased its presence within the UK. 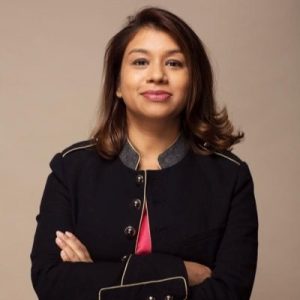 Tulip Siddiq MP has served as a Labour MP since 2015 and sits on our Board of Trustees. In Parliament, she has worked as a Shadow Education Minister and is now a member of the Women and Equalities Select Committee.