Avram and Vera were drawn by artist Gideon Summerfield as part of his project From Generation to Generation (L’Dor V’Dor). Avram and Vera are both survivors of the Holocaust and were married for 62 years.

Avram and Vera were drawn by artist Gideon Summerfield as part of his project From Generation to Generation (L’Dor V’Dor). The project involved Gideon meeting with Holocaust survivors who visited the Holocaust Survivors’ Centre, hearing their stories and drawing them with an object that helped them to tell their story. Avram chose to be drawn with his wife Vera. 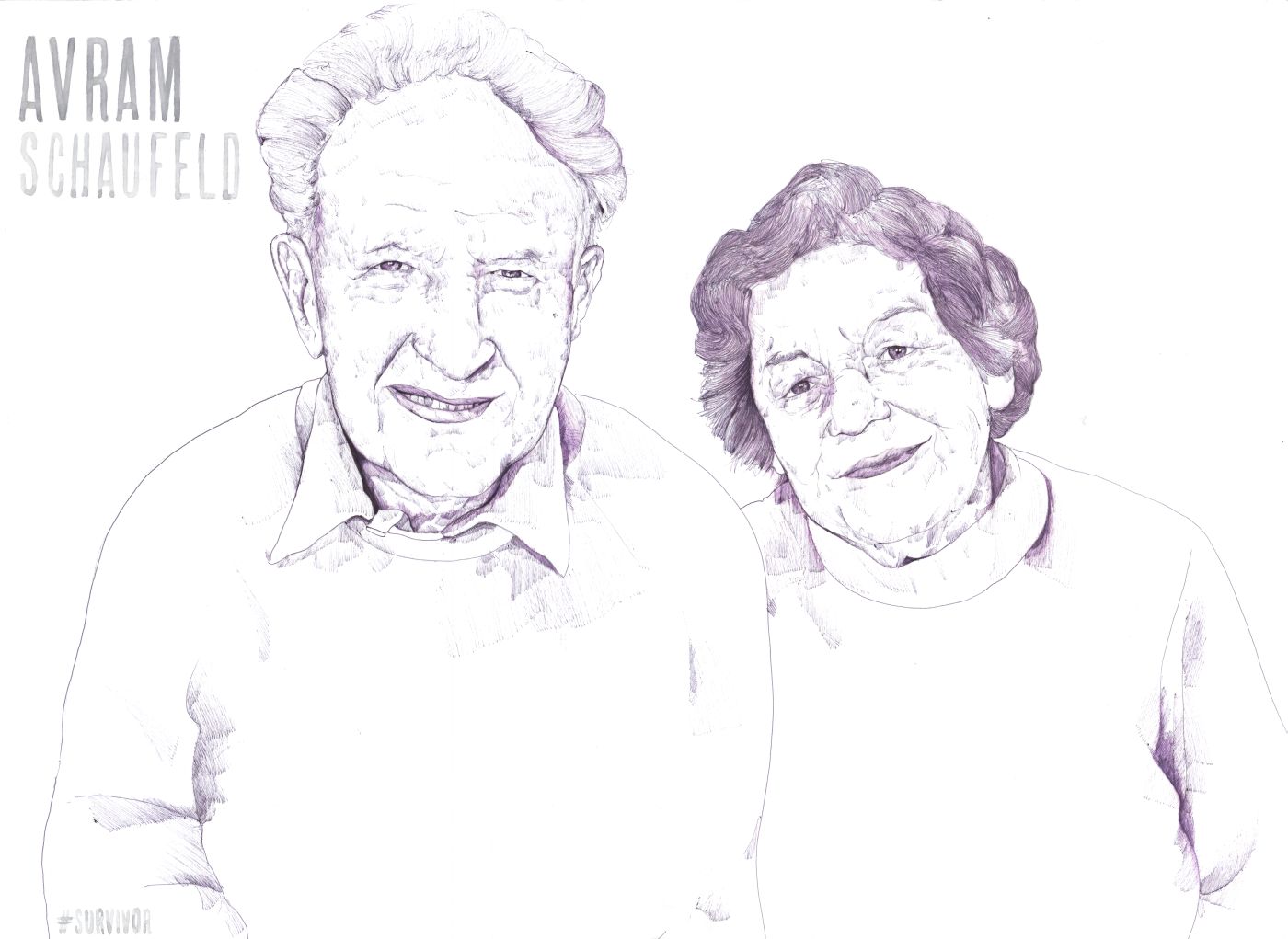 Avram and Vera have been married for 62 years. They are both survivors of the Holocaust.

Avram was a teenager when the war started, and was imprisoned in several concentration camps before being liberated. Vera came to England on Sir Nicholas Winton’s Kindertransport. All of her family were murdered. Avram and Vera met on a kibbutz in Israel after the war and fell in love.

‘It’s very important to keep the memory alive for generations to come, so that it is not repeated. If they learn something from our stories, then I think that our families didn’t die entirely in vain. But also for us – you cannot forget. Forgive yes, but forget, it’s a different story.’

At the age of nine, Vera was met by family friends in Holland and put on a boat to England. She does not remember this journey. Vera’s family were all murdered during the Holocaust.

‘All that I really remember is waving goodbye to my parents at Prague station and then my next memory is of sitting in Liverpool Street station, and hearing announcements in a language I couldn’t understand, and waiting for somebody to come and pick me up.’

Avram was born on 30 April 1926 in Chorzow, Poland. He spent time in several concentration camps including Buchenwald, Langenstein-Zwieberge and Auschwitz. He came to the UK in 1954. He and his wife Vera had two daughters and they have four grandchildren.