We were privileged to invite survivors of the Holocaust and subsequent genocides to visit Buckingham Palace as guests at the Queen’s Royal Garden Parties. 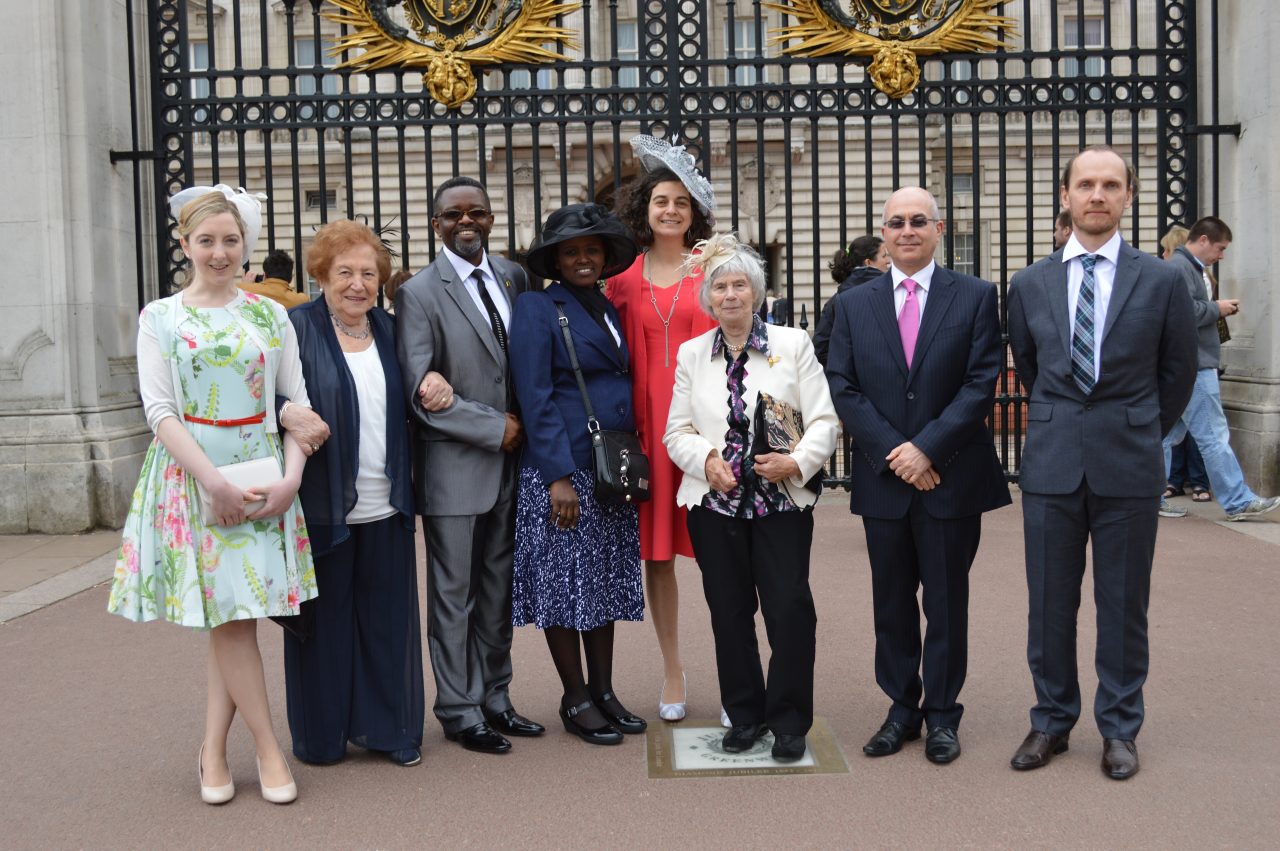 They were accompanied by Bob and Ann Kirk, who came to England from Nazi Germany on the Kindertransport. Ann spoke about her experiences at our parliamentary reception to launch the theme for HMD 2014 – Journeys.

HMDT Honorary president and Olympian Ben Helfgott MBE also attended, along with Sophie Musabe Masereka, a survivor of the Genocide in Rwanda, and Kemal Pervanic, a survivor of the Omarksa Concentration Camp during the Bosnian War.

All survivors were invited because of the time they have devoted to speaking about their experiences to raise awareness of the horrors of the Holocaust and the subsequent genocides.

Sabina Miller, who spoke at our Parliamentary reception last year, said: ‘I loved it and I want to say a very big thank you to everyone at the Holocaust Memorial Day Trust for being invited. It was a wonderful honour.

‘The beautiful gardens and the tea, cakes and sandwiches – it was an unbelievably beautiful and memorable experience.’

Sophie Musabe Masereka, who told her story at the UK Commemorative Event for HMD 2013, said: ‘It was such a lovely day and wonderful experience, everyone was dressed in beautiful colours, wearing hats and inside the palace I felt such a warm atmosphere.

‘When Her Majesty and the royal family joined us, we were all facing them with smiles in our faces, they walked among people shaking their hands.’

Olivia Marks-Woldman, Chief Executive of HMDT said: ‘All the survivors who attended have worked tirelessly recounting their life stories. They have ensured that hundreds of thousands of people have a better understanding of the events of the Holocaust and of subsequent genocides.

‘We were delighted to be able to offer them the opportunity to attend Buckingham Palace in recognition of their work, courtesy of our Patron, Her Majesty The Queen.’

You can read about the life stories of Holocaust and genocide survivors on our website.