Each year, Lesbian, Gay, Bisexual and Transgender (LGBT) History Month is marked in February as a time to celebrate and remember the community’s past as a means to understand the present and work towards a better future.

‘If I finally speak, it’s for people to know what we homosexuals had to endure in Hitler’s days… it shouldn’t happen again,’ said Rudolf Brazda, the last known living homosexual survivor of the Nazi concentration camps, who died in August 2011.

Without a doubt, one of the darkest periods of LGBT history was during the Second World War when gay people across Nazi-occupied territory were subjected to persecution simply because of their sexual orientation. Tens of thousands of homosexual men were arrested, and around 50,000 were given severe prison sentences.

Many of these prisoners were forced to carry out hard labour, others were tortured in some of the most gruesome ways imaginable and 10-15,000 were incarcerated in concentration camps. Alongside their fellow persecuted inmates, they were brandished with a pink triangle, indicating their sexuality and reason for imprisonment for all to see. Given the social stigma of homosexuality at this time, the badge marked the prisoners out for particularly cruel treatment not just from the camp guards, but also their fellow inmates. Many were beaten to death, while others were the subjects of vile experiments as Nazi scientists attempted to solve the ‘problem’ of homosexuality in order to achieve the eugenics-based dream of a true Aryan society. 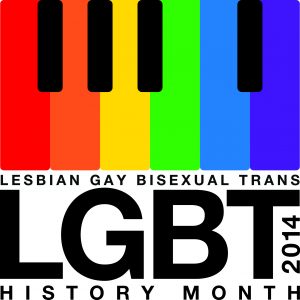 Those who survived to the end of the war, eagerly awaiting their liberation and to be free to return home, would often find their dreams quashed. Under Paragraph 175, which was introduced to the German Empire in 1871 and made more severe by the Nazis, homosexuality was illegal. The demise of the Nazi Party did not bring about a transformation of this legislation.

While the Nuremberg Laws that discriminated against Jews and other groups were repealed at the end of the war in 1945, the ongoing enforcement of Paragraph 175 meant that many concentration camp detainees did not experience the immediate freedom they had hoped for. Instead, they were regarded as criminals and faced transportation to German prisons to see out the two-year sentence mandated by the statute.

Those homosexual prisoners who escaped immediate detention by their liberators had to fall silent about their concentration camp experiences and instead devise new stories to explain their incarceration to avoid being taken into custody.

Although the horrors of the Third Reich’s persecution of gay men are now widely known, the social and legal circumstances post-1945 meant that their plight was largely forgotten and left unrecognised in the war’s immediate aftermath. The reparations and state pensions made available to other survivors of the Holocaust and Nazi Persecution were denied to homosexuals, and nor could they expect the same support networks to be there for them.

It would not be until 1968 in East Germany and 1969 in West Germany when homosexuals could be safe from prosecution and begin to talk of their experiences to ensure their stories would become a vital chapter in LGBT history. The dawn of the civil rights era gave gay men and women the confidence to be proud of their sexuality and strive for a more equal future. The pink triangle used to shame homosexuals and mark them for discrimination in the concentration camps was appropriated by the LGBT community, inverted to point upwards and used as a symbol for this new movement.

Nevertheless, the experiences of LGBT communities around the globe remain turbulent, and many gay people still have to live with the reality of persecution. It has been reported that violent homophobia is on the rise in Russia, and there has been a huge furore surrounding the Sochi 2014 Winter Olympics and the host nation’s recent anti-homosexual legislation. Meanwhile in Africa and the Middle East there are many countries where homosexuality is illegal, punishable by death in some states. The anti-gay fervour is far from waning too, with Nigeria and Uganda both ramping up their legislation by outlawing gay rights advocacy and signs of affection between same-sex couples.

While there is growing equality for homosexuals in Europe and the Americas, research from Stonewall has found that one in six people in Britain who are gay, lesbian or bisexual have experienced a hate crime or incident in the last three years. There is clearly still a long way to go. Especially when you consider that elsewhere in the world an individual can face a state-imposed death by stoning simply because of their sexuality. History will continue to be made as society progresses, but it is imperative to not forget what the persecutors of the past have committed against the LGBT community to ensure we work towards a safer future, and that is why this month is so important.

This year LGBT groups have recognised the importance of the experience of homosexuals under Nazi Persecution through holding activities to mark Holocaust Memorial Day (HMD). One stand-out event was organised by Rainbow Hamlets at the John Scurr Centre in east London where a range of speakers took attendees on a journey from pre-war Berlin to 1990s Bosnia. Jack Gilbert, who helped found HMD, and Kemal Pervanić, survivor of the Bosnian War, were among those speaking.

If you want to find out more about the experiences of individuals imprisoned by the Nazis due to their sexuality, we have a number of stories available on our website. You can read about the journeys of Gad Beck, Pierre Seel, Rudolf Brazda and Albrecht Becker, while the moving documentary Paragraph 175 chronicles the lives of several gay men imprisoned by the Third Reich.