Encouraged by his father to do something productive during his summer holiday, Gideon Summerfield put his drawing skills to use and spent his days meeting and drawing the portraits of Holocaust survivors who attend the Holocaust Survivors Centre (HSC) in north London. 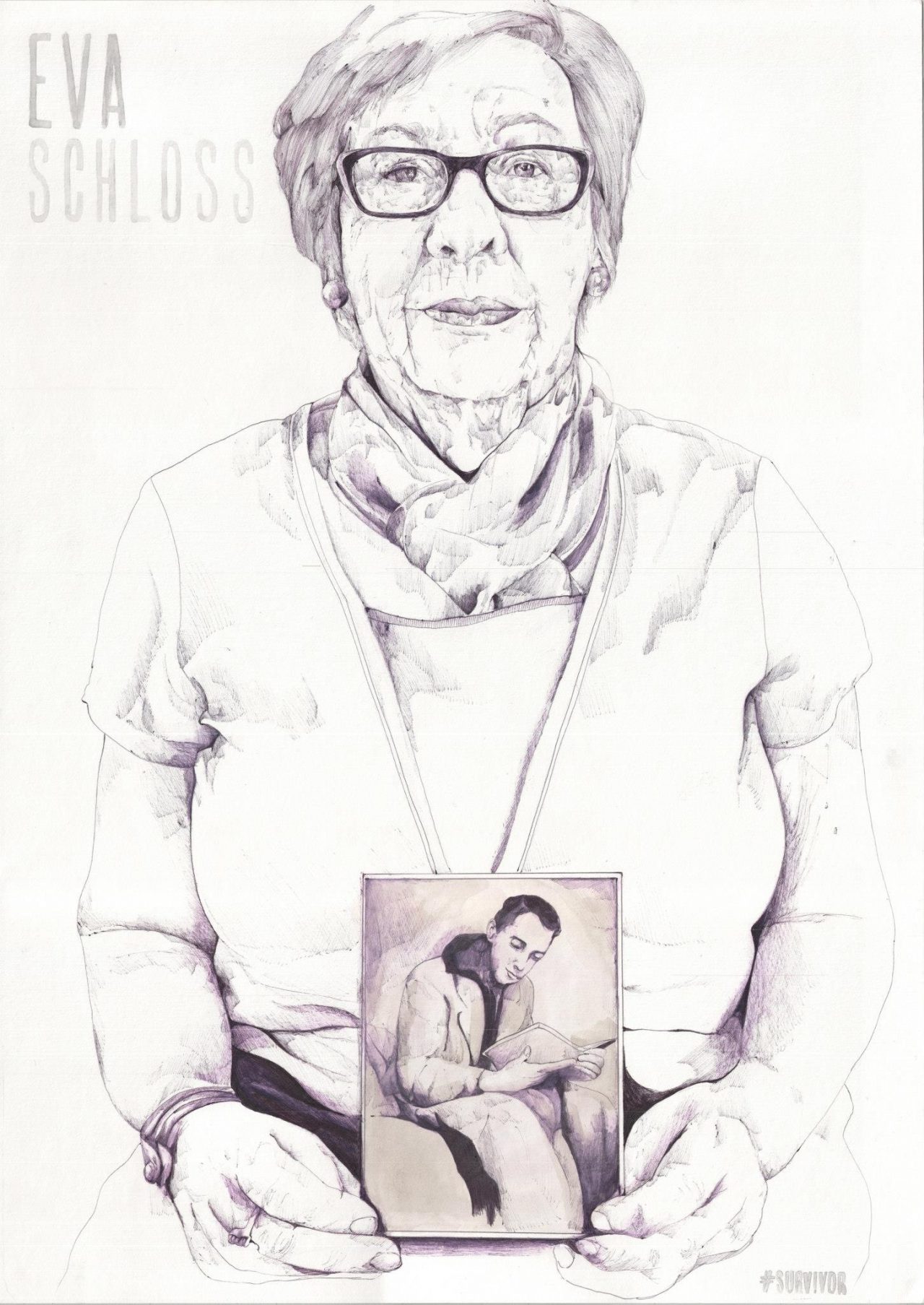 His project, From Generation to Generation (L’Dor V’Dor) became not just a pastime but an opportunity to transfer these important and powerful stories from one generation to the next. Gideon visited the homes of survivors, all in their eighties and nineties; he sat in their gardens, kitchens and living rooms, meeting husbands and wives. Each survivor is captured in biro pen, in Gideon’s detailed style, truly capturing the personalities of his sitters. Gideon asked each survivor to hold an object of their choice that is important to them.

Gideon was struck by the difference between his teenage years and the years of his subjects. He said: ‘I looked at their faces and I began to draw.

Through Gideon’s collaboration with HMDT and the HSC the project has not just had an impact on Gideon himself, or his sitters, but the many other people who have had the opportunity to see his drawings on display at the UK Commemorative Event, showcased at the Drawing Inspiration exhibition in Hackney.

Explore some of Gideon’s portraits here.