The Kindertransport ran between November 1938 and September 1939. Approximately 10,000 children travelled from their homes and families in Germany, Austria and Czechoslovakia to Great Britain. Many of them never saw their families again. 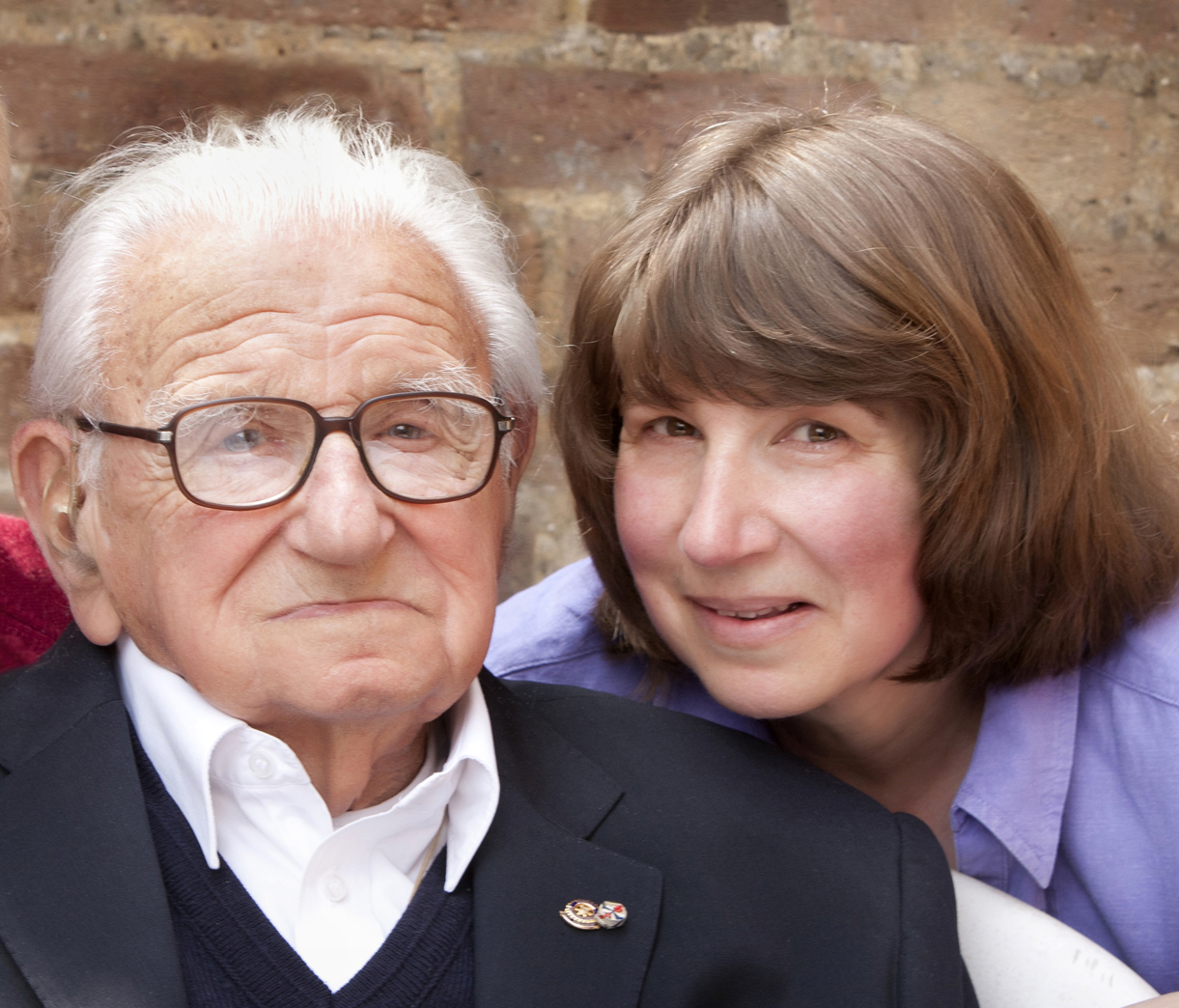 In 1939, Sir Nicholas Winton rescued 669 children from Czechoslovakia, bringing them to the UK, sparing them from the horrors of the Holocaust. Sir Nicholas died in July 2015, aged 106.

In this blog for Holocaust Memorial Day Trust, Nicholas Winton’s daughter, Barbara Winton, reflects on the achievements of her father and calls for action to protect refugees today.

In 1939 my father Nicholas Winton, then 29 years old, set himself a task that others had deemed impossible: to get the UK government to agree to allow children from Czechoslovakia endangered by Nazi aggression into Britain. He found it difficult but not impossible – in fact the government agreement was the easy bit; they just asked for a £50 guarantee and a foster family for each child, who would look after them and keep them safe. (£50 was around £2,500 today which was required to pay for their eventual repatriation.) Finding the money and homes was the challenge, set against the poverty in the country after the Great Depression of the early 1930s and the fears and anxieties people felt against immigrants taking scarce work and housing.

The atmosphere at the time bore similarities to today’s divisions over the desirability of allowing refugees into the country – with headlines then such as “German Jews Pouring into this Country” (Daily Mail 1939) and “Every Refugee, Enemy Alien” (Daily Mail 1940), compared with “The ‘Swarm’ on our Streets” (Daily Mail July 2015) as just one modern example.

Against that current of dehumanising language my father and others, such as Eleanor Rathbone MP and the Rev Rosalind Lee, set out to change views and encourage compassion by writing to papers and magazines setting out the moral and humane case for accepting vulnerable refugee children and giving them a home.

He used the power of words to stir consciences and in a letter to a newspaper in early 1939 he stated what was happening in Czechoslovakia and how we are all accountable for our response:

‘Tales of violence and war….. have become so commonplace in the daily papers that the average person has completely lost his normal moral standard. A few years ago the publication of a story about a number of refugees…..who were ….. not being allowed admission by one country yet being expelled by the other, would most certainly at the very least have made people stop and think. Now they are too inured to such tragedies even to consider how they might be able to mitigate such suffering. They are content to consider themselves as individuals without responsibility for what is going on in the world today. They hope it will all come right in the end but, in the meantime, they can do nothing. The more conscientious, perhaps, dream the platitude that if the individual were perfect, all would be perfect, and go home resolved to live good lives. But there is a difference between passive goodness and active goodness which is, in my opinion, the giving of one’s time and energy in the alleviation of pain and suffering. It entails going out, finding and helping those in suffering and danger and not merely leading an exemplary life, in the purely passive way of doing no wrong.’

He followed up by asking for people to come forward to offer homes for the endangered children. Over the next six months he received hundreds of offers from ordinary families all over the British Isles, who saw it as their obligation to help those in need. By August 1939 he had brought 669 children to safety, before the outbreak of war ended the operation.

His rallying cry then seems to me to be just as relevant today when we are faced with what appear to be insurmountable problems, too big for us as individuals to affect. As some newspapers use similar language today to demonise vulnerable refugees as they did in that earlier time, so can we use the power of words to inspire people to respond with compassion to those in need.

That’s why I feel it is pertinent at this time to tell his story and speak his words to remind people of what can be achieved by a small group of individuals determined not to wait for others to do something, but to take action themselves. His legacy is not just the (approximately) 7,000 people alive today because of his and his team’s actions; it is also the reminder that ‘active goodness’ is necessary to make a difference now.