Across the UK people marked Holocaust Memorial Day 2014 by coming together to learn about the journeys taken during the Holocaust, under Nazi Persecution and during the subsequent genocides in Cambodia, Rwanda, Bosnia and Darfur. 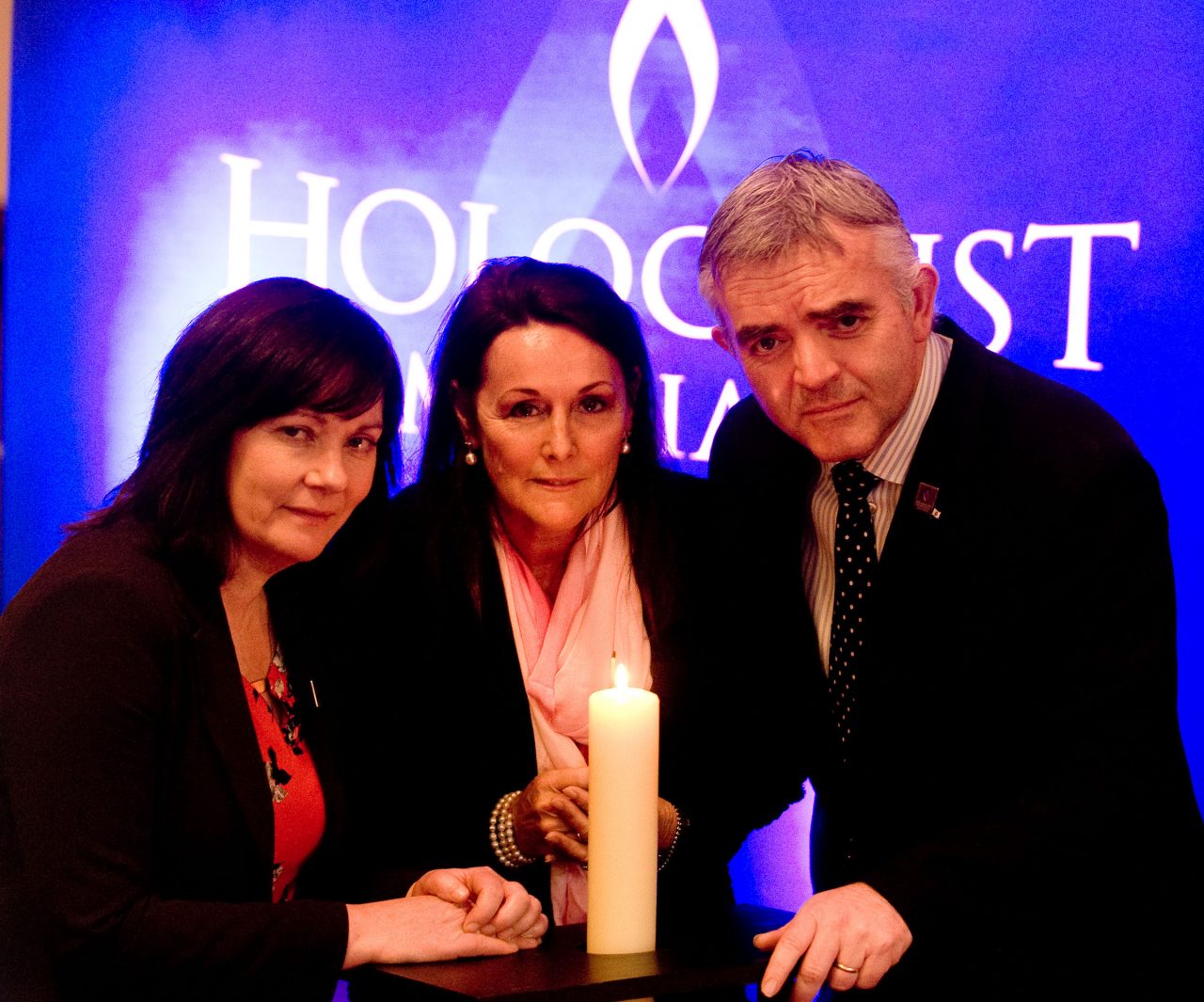 Survivor of the 1994 Genocide in Rwanda Pelagie Buchanan shared the story of her experiences with attendees to mark the 20th anniversary of the atrocities.

The audience was made up of a wide range of individuals from different ethnic, cultural and faith groups, including the local Jewish community and school children from Lagan College, who performed two songs for the guests.

‘Although the Holocaust happened almost 70 years ago, we must not become complacent and cannot let it be forgotten,’ said Mr Bell.

‘We cannot assume because it happened so long ago that the world’s attitudes have changed to a point where such things could never be permitted to happen again. It was only 20 years ago that we saw horrifying Genocide in Rwanda.

‘We must remember those who were brave enough to stand up to injustice and those who risked their own safety by helping refugees and survivors.’

Ms McCann added how HMD presents an opportunity to learn from our history and reflect upon the implications of unchecked discrimination and persecution.

‘We must all play our part to ensure the dangers of extremism and hatred don’t lead to intimidation and destruction,’ she said.

‘The respect for other beliefs, values and traditions is as relevant today as it was at the time of the Holocaust.’