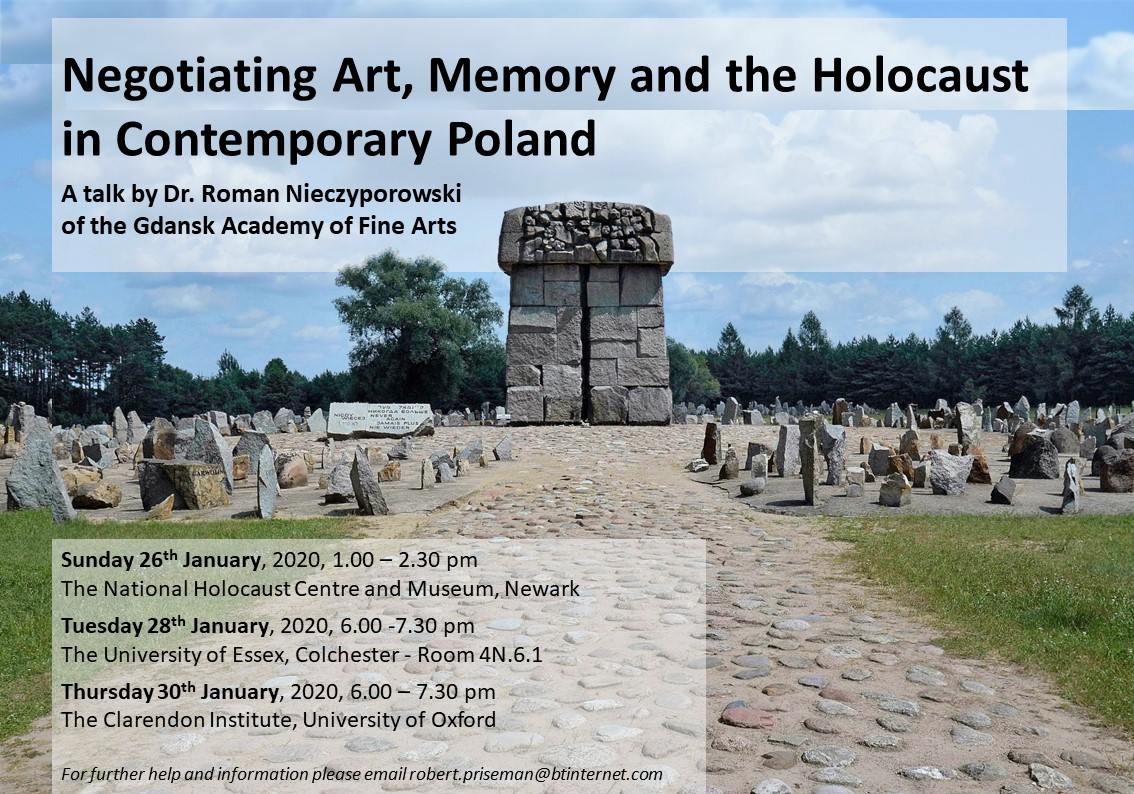 Dr. Roman Nieczyporowski is a lecturer at the Gdansk Academy of Fine Arts specialising in 'The History and Theories of Contemporary Art and Culture'. During January-February 2020 he will be touring the UK presenting a new talk titled ‘Art and the Memory of the Holocaust’. In his lecture, Roman, (who is Swedish-Polish) explores his own views and experience of being one of less than 4,000 identifying Jewish people currently living in Poland and examines the cultural legacy of living in the country which was forced to pay host to the Nazi concentration camps. He will discuss in depth how this legacy is negotiated in the Polish national psyche today through the establishment of memorials and he will survey art produced in its wake by major European artists such as Joseph Beuys, Maciej Świeszewski and Zoran Mušič.