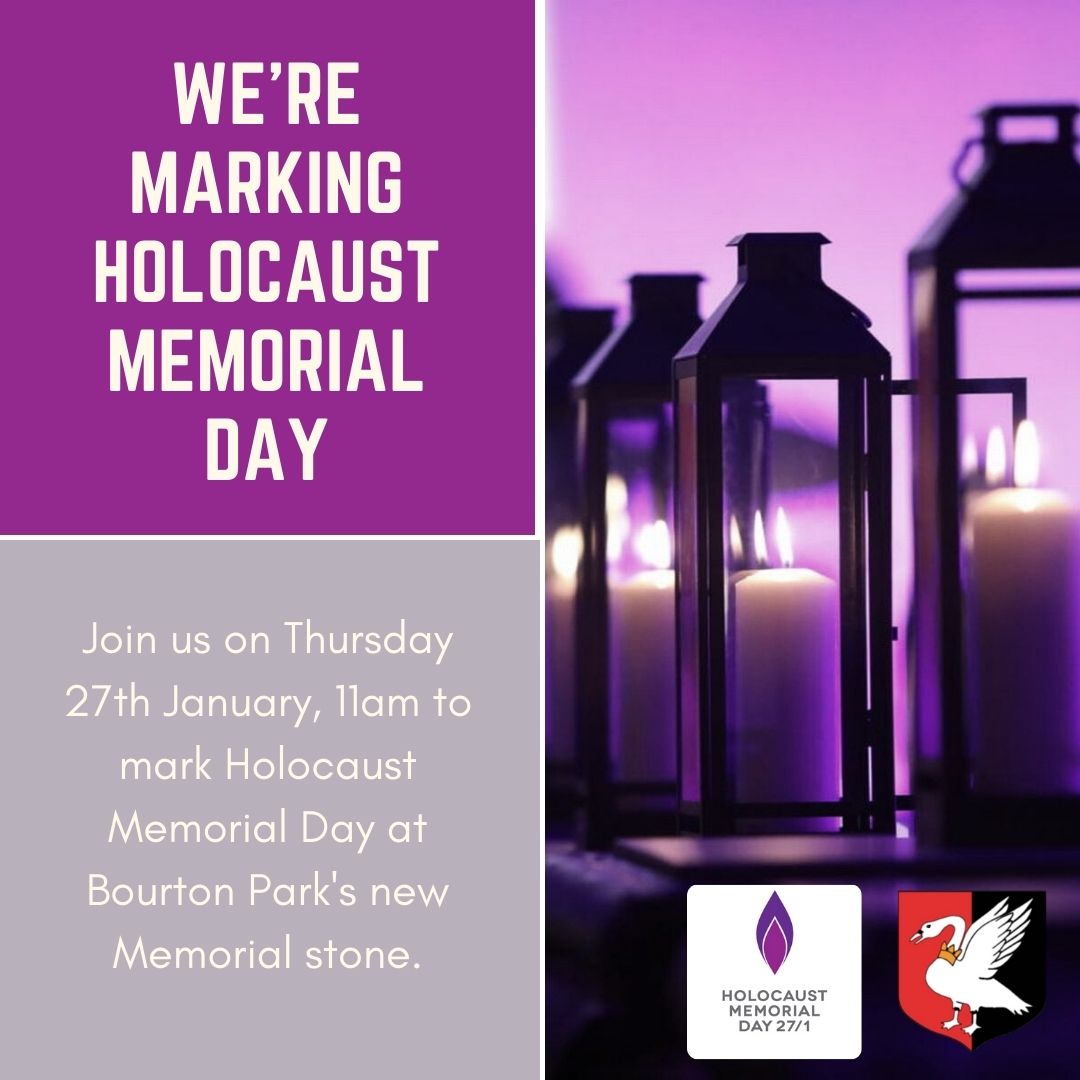 Buckingham Town Council will be commemorating Holocaust Memorial Day on Thursday 27th January 2022 at an inaugural ceremony around Bourton Park’s new Memorial Stone. The service is open to anyone who wishes to attend.
Holocaust Memorial Day, which takes place on 27 January every year, is the international day to remember the millions of people who were murdered in the Holocaust and in the genocides around the world that followed.
Members of Buckingham Town Council’s Environment Committee agreed to install a memorial stone as a focal point for people come together to remember, to learn about the Holocaust, Nazi Persecution and the genocides that followed in Cambodia, Rwanda, Bosnia and Darfur, in the hope that there may be One Day in the future with no genocide.
The memorial stone is bedrock from Brackley Road cemetery and was transported, as a gesture to the community, by local firm Paragon Tool Hire. Buckingham Town Council have employed local stonemason and a master letter carver Louis Francis, who runs a successful business from his studio at Westbury, to engrave the Holocaust Memorial Day emblem and wording.
Further explanatory and useful information is found at Holocaust Memorial Day Trust | One Day (hmd.org.uk)
The ceremony will be hosted by the Town Mayor, Cllr Margaret Gateley to commence 11am at the eastern end of Bourton Park around the Holocaust Memorial Stone. See map in link for more detail of the location of Bourton Park’s Memorial Stone. https://www.buckingham-tc.gov.uk/buckingham-commemorating-holocaust-memorial-day/